Justice League (2017) is running, flying, and swimming wild in theaters but Ben Affleck’s time as Batman may be drawing to a close. There are many rumors, but only one thing is certain: this is not the Batmobile’s last ride. The Caped Crusader is an iconic character heavily ingrained in entertainment culture.

Many actors have played him in both body and voice with few fans expressing surprise or outrage from one Bat to another (former ER doctors notwithstanding).

But this time, the Dark Knight isn’t a solo vigilante. Replacing him may be more complicated now that he is a cornerstone of the larger DC movie universe. In the meantime, the DC movie execs are almost certainly scrambling to prepare for any eventualities.

Here are my TOP 5 plans to continue Batman in a Post-Affleck #DCEU:

In 1969, television producers were left with a conundrum when Dick York decided he could no longer continue acting on the hit show Bewitched due to his health. Several storylines were considered in order to replace Darren on the show that made Witchcraft popular again for the first time since Salem. They tossed around ideas like having Endora casting a spell over everyone (except the viewer) or just have Samantha say the words, ‘No More Husbands….”, but everyone found them too silly.

Eventually, someone just spoke up and suggested recasting with Dick Sargent and trusting the audience’s intelligence to understand it was a different actor playing the same role. Clearly, this occurred before the age of the Internet comment sections.

With Jake Gyllenhaal rumored to be standing in the leathery wings to play the next Batman, perhaps he will slide into the cape and cowl with no other explanation like Val Kilmer when he picked up for Michael Keaton in 1995’s Batman Forever. 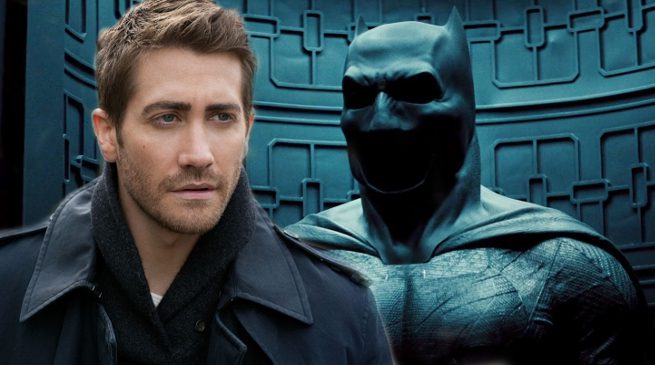 Much like the DCEU, however, many sitcoms prefer to stick to continuity and instead replace a well-known lead by bringing in a…

Spoiler Alert: Modern audiences won’t be as forgiving of a new actor with no explanation as crowds watching 90’s sitcoms. Comic Book fans are enthusiastic about continuity….and by enthusiastic I mean we will never stop talking and insulting each other’s mamas about the smallest error.

It would also be difficult to replace such a recognizable actor, like Ben Affleck, in the role of the Dark Knight. Even That 70’s Show rejected the suggestion of simply recasting Eric Foreman when Topher Grace left to play Venom in Spider-Man 3. Someone suggested casting a different actor and turning it into a joke that Eric was now a “changed man”. 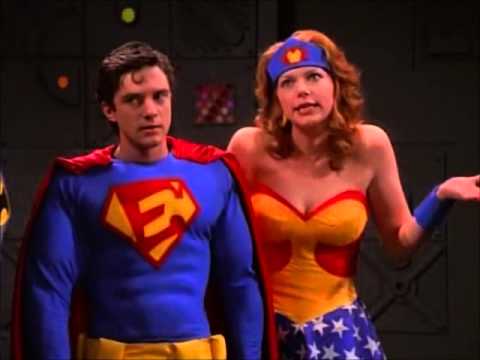 I suppose writers could have some fun if Gyllenhaal appears on screen with no explanation. Barry Allen could say something like, “Did I cross the wrong dimension?” and Wonder Woman could remark that all men look alike to her anyway.

That 70’s Show ultimately rejected the idea because they thought it would be disrespectful and patronizing to the fans and Topher Grace. Unfortunately, the biggest disrespect to Topher’s fans turned out to be his portrayal of Eddie Brock.

Other shows that tried the New Boss plan instead of a recast included The Office. Steve Carrel began that show as a relative unknown and departed in season 7 as a television comedy icon. When Carrel left the hit show in season 7, no one EVER considered recasting Michael Scott. New managers came to Dunder Mifflin to fill his swivel chair and distract everyone from actually selling paper.

DC may do the same by bringing in a new character to become Batman with Gyllenhaal as the actor. There are certainly many candidates like Dick Grayson, Jason Todd, Azrael, or even Alfred himself could suit up because Jeremy Irons and Ben Affleck look close to the same age at this point.

Of course, this leaves the problem of separating Batman with Bruce Wayne. To many, the two are inseparable. That would lead us to the next possibility of….

The multiverse is a prime component of many DC stories. It’s based on the idea that….oh wait, I really don’t have to explain the multiverse here. Okay, let’s move on. If you don’t know, hide your head in shame. 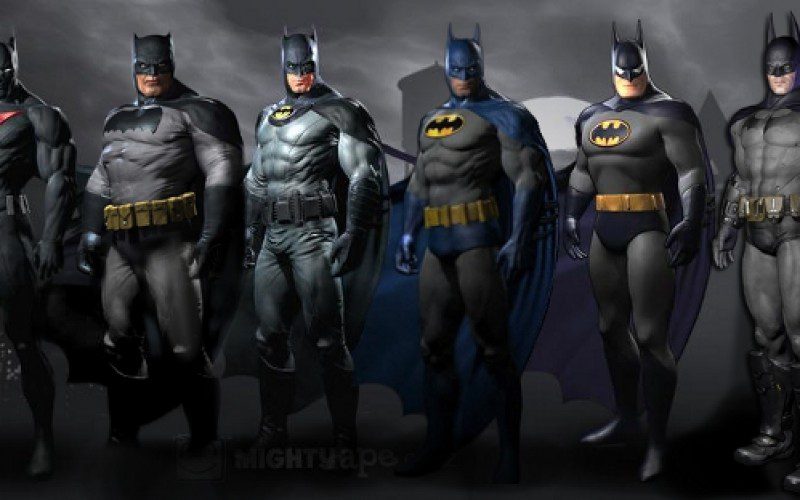 The Flash could easily traverse through the speed force and find Jake Gyllenhaal hanging out in the multiverse with a spare cape and nothing to do for 9 more films.

Traveling the dimensions to find an extra Batman sounds bizarre, but we live in odd times. In fact, these days, an actor doesn’t have to be physically present to play a role, which leads us to the possibility of…

Rogue One shocked audiences in 2016 by resurrecting legendary actor Peter Cushing to reprise his role as Grand Moff Tarkin from A New Hope 1977. Cushing passed away in 1994, but many who saw Rogue One believed he had returned in the flesh. Technology leaps forward every year for movie special effects and visual artists have come such a long way since Jar Jar Bink’s tongue in 1999. 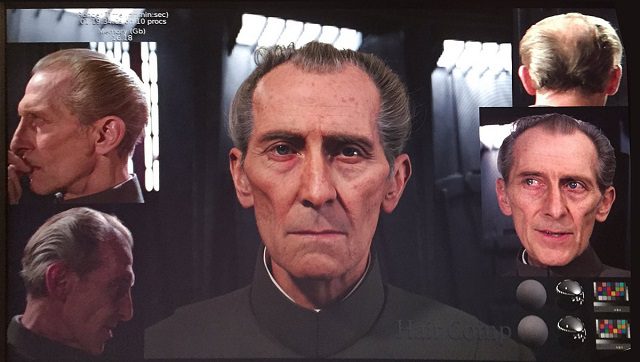 Other films have utilized actors that weren’t there in the face of tragedy. Detailed computer scans are taken of each actor’s face for insurance purposes in case they die before filming or reshoots are complete. It sounds morbid, but Oliver Reed actually died while playing Proximo in 2000’s Gladiator. Many scenes had to be furiously re-written, reshot, or scrapped altogether. But Reed was also re-inserted into the film after his death digitally.

If Ben Affleck wanted to continue playing Batman, without actually having to do anything, then he could license his appearance to be recreated in CGI. It would also save him from lots of gym time trying to keep up with Jason Momoa’s physique.

I probably find this idea the least likely of all, but it’s funny to imagine. A CGI Batman could certainly perform incredible stunts and could even smile for interviews on command.

At the end of the day, the most likely decision is for DC to…

DC scheduled a movie entitled Flashpoint for 2020. The #comicbook version of Flashpoint….is very difficult to summarize. Let me think. Okay, Barry misses his mother so he goes back in time to save her. This screws everything up. There’s this war for the planet between Aquaman and Wonder Woman and a malnourished Superman badly in need of a sandwich.

In the Flashpoint timeline, things happened a little differently the night the Wayne’s decided to have a movie night. Bruce died and his mother (I can’t recall her first name) was driven into madness. Thomas Wayne became Batman instead. In the DCEU, Thomas Wayne was played by acting badass, Jeffrey Dean Morgan.

When watching Batman vs. Superman in 2016, I kept wondering why DC would invest in such high profile and popular actors for such a short scene. Thomas and his wife (still can’t recall her name) died in seconds.

To me, it seems almost certain that Ben Affleck will exit the DCEU via #Flashpoint. Morgan will play Thomas Wayne/Batman and help Barry reset the timeline. 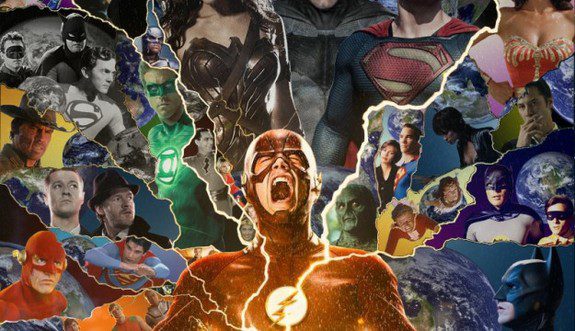 Barry will return to his time, however, to discover that everything changed, including no more Affleck. I believe the DCEU’s best move is departing from a strict continuity. Marvel makes it work, but their history of Elseworlds stories like Batman: Dracula, Gotham by Gaslight, and Batman: Noel are such strong stand-alone stories that they must be adapted! I do not want to live in a world without a Batman: Beyond adaptation with Michael Keaton as Old Bruce. Resetting the DCEU with #Flashpoint and departing from a strict continuity will allow endless possibilities for incredible superhero films!

Ben Affleck proved himself a capable Batman. He is certainly no George Clooney. Whatever he decides to do, #THANKYOU for bringing what I found to be the right mix of action and humor to the Bat!

With the possibilities so open for the future of Batman, what do YOU think should happen? If the multiverse opens up to the film world, what stories would you like to see adapted? Let me know via Twitter, @JSandlinWriter.

Recently on #WhoWouldWin? @JamesGavsie and I debated Batman vs. Gambit, with Eric Lewald of X-Men: The Animated Series as our moderator. Check it out here: https://thegww.com/whowouldwin-gambit-vs-batman/