Video games based on comic books are often a tough nut to crack. On one hand, developers have a wide array of characters, designs, and stories to choose from (a pain by numbers scenario if you will). On the other hand, this gift can also be the curse that dooms so many. How do you include so many well-known properties into a playable story? Also, how do you balance all powerful beings into a challenging and rewarding experience? When the PlayStation 2 was released in 2000, developers were all too eager to use the new hardware to inhabit universes that had yet to be properly adapted to modern hardware. For every comic book based series that saw their high water mark on the system (X-Men Legends) there are five other series that failed miserably (The Crow). Here we look to explore some fun superhero titles for the Playstation 2 that you may have missed. 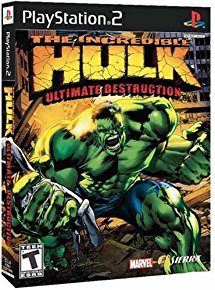 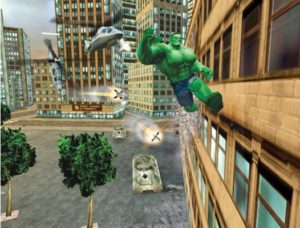 Similar to the films, Hulk viedo games have been somewhat of a mixed bag over the years. The inherent challenges in balancing the Bruce Banner/Hulk screen time are often too much to overcome. Luckily, The Incredible Hulk: Ultimate Destruction distinguishes itself as the first open-world hulk game with destructible environments. This means that you get to be the big green guy tromping across the landscape throwing vehicles on a whim. Hulk can run across walls, climb any wall by digging his fingers into concrete, leap huge heights and distances all under the player’s control. The game includes the voice talent of Ron Perlman, Richard Moll, and Neal McDonough (from the 1996 Incredible Hulk animated series). 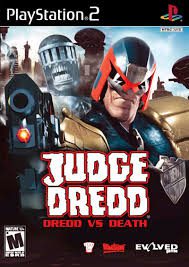 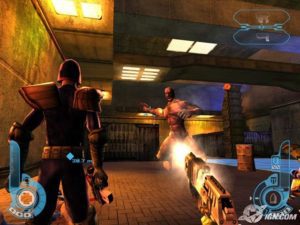 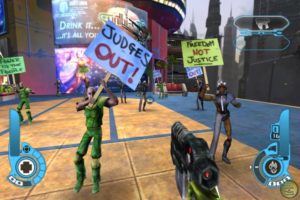 One of the few comic book based first person shooters, Judge Dredd: Dread vs Death lets you roam Mega-City One to enforce the law (he is the law!). A novel tie-in was also produced, adding depth to the story that focuses on Dredd combating vampire/zombie-type creatures created by the Dark Judges. What sets this game apart is the ‘law meter’ mechanic, which gauges the player’s adherence to the laws of Mega-City One. The meters strength depends on firing on those who have not fired first, failing to challenge enemies before firing and firing upon civilians or criminals who have given up. When the meter is depleted entirely the game is over. The game also features arcade and multiplayer mode to play with your friends. 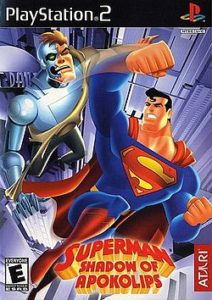 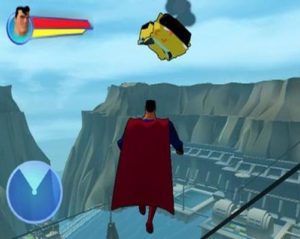 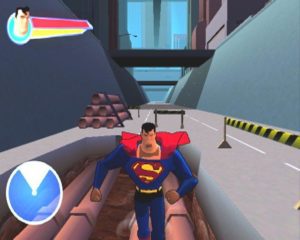 The bar for Superman: Shadow of Apokolips was set quite low after the disastrous game for the Nintendo 64. Luckily some improvements were made and with the upgraded hardware of the PlayStation 2 we finally got a playable game based on Superman: The Animated Series. The plot centers on an army of robots controlled by Lex Luthor and Darkseid. Superman sets out to destroy the bots only to find that they have weapons technology from the dreaded Apokolips. Now he must fight his greatest enemies to save Metropolis! A series of cell-shaded cut scenes voiced by the original cast push the plot forward and act as a nice episode of sorts, perfect for fans of the original series. The roster of characters includes Lois Lane, Livewire, Metallo, Volcana, Kanto, and Parasite, amongst others. Gameplay is mostly that of your average brawler as you controller Superman and all of his powers against an endless army of robots. Definitely play this game if you’re a fan of the cartoon. 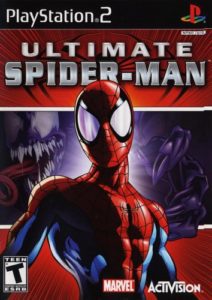 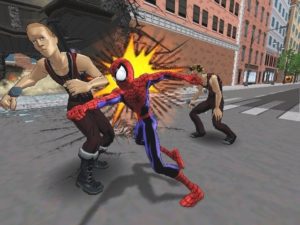 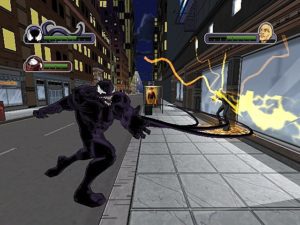 Similar to previous Spidey games, Ultimate Spider-Man has an open-world environment that covers Manhattan (and Queens). The player can web swing their way around the city as both Spider-man and Venom while casually shouting wisecracks at various enemies. Goals and waypoints will eventually crowd your map as the storyline continues and there are often entertaining side missions that explore more of the Spider-Man universe. Ultimate Spider-Man plays similarly to Spider-Man 2, using the trademark web shooters for transportation and combat. The real fun here is playing as Venom. His strong attacks and viscous fighting style more than make up for his slow movement and they’ve added interesting mechanics for the symbiote suit. Venom can (and must) constantly leech life from enemies and civilians as his health is continuously depleting. Yeah, the suit is feeding on Eddie, so he uses other people to feed it instead. 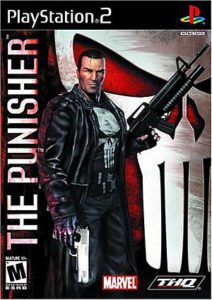 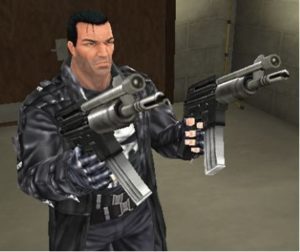 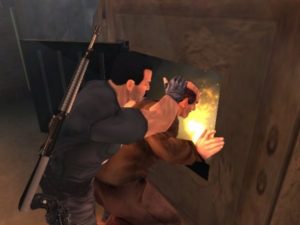 Loosely based on the 2004 film, The Punisher is a violent combat and exploration game that tries to build on the momentum of the character’s popularity. Gameplay is a mix of exploration, stealth and combat that throws in some well used mechanics (quick kills, stealth mode). Environments also feature interrogation hot spots where the Punisher can interrogate his enemies using death threats and torture. Mainly the publishers really tried to play up the violence of the character to contrast the more cartoonish films and games of the time (Fantastic 4, Spider-Man). The game features cameo appearances from a ton of Marvel Comics characters including Iron Man, Black Widow, Kingpin, Bullseye, Daredevil, and Nick Fury. While not the deepest game on the list, The Punisher definitely has some fun ideas that would translate well to a new game in the series. 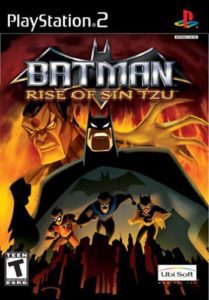 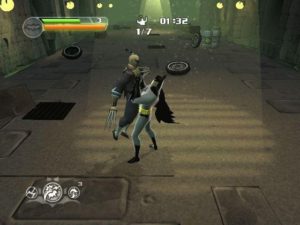 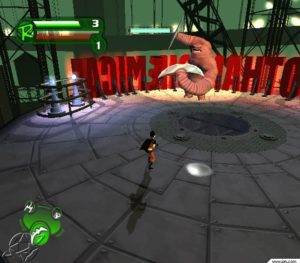 Another beat ‘em up with the Dark Knight, here Batman faces a new enemy in Sin Tzu ­—  a  character created by Jim Lee specifically for this game and Batman: The Animated Series. Taking place on the anniversary of the murder of Bruce Wayne’s parents, the player (either solo or co-op) moves through various levels from the series and combats a gallery of villains and thugs. A simple level up and power move system makes this an easy evening play with friends. While Sin Tzu never appeared again, the cast of Batman: Rise of Sin Tzu is rather deep with Scarecrow, Clayface, Bane, Robin, Batgirl, and Nightwing all making appearances. 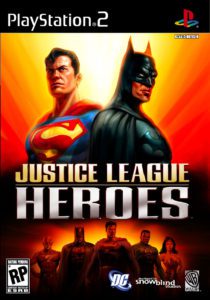 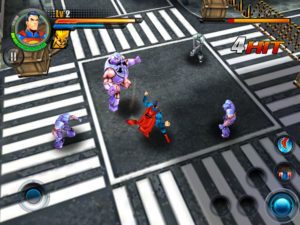 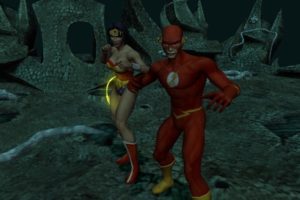 First thing’s first, Justice League Heroes is basically a rip-off of the amazing X-Men Legends series. It’s an overhead beat ‘em up with power ups and a nice and simple experience point system that barrages the player with endless waves of robot enemies. The game features most of the best known superheroes from the DC Universe, including the trinity, and features a plethora of hack and slash/beat ‘em up levels ripped straight from the comic book pages. If this is your cup of tea, then this game is for you. You start off with seven different playable characters (including the Flash and Zatanna) and can unlock many others throughout the campaign (Kyle Rayner Green Lantern, Black Canary). Unlockables include new characters and costumes that can be used at any time. With a great cast of characters and an easy difficulty curve, I highly recommend this for fans of similar series.

Have any recommendations of your own? Please comment below and be sure to stay tuned to GWW for more retro video game coverage.