The concept of this new film column is to binge specific actor-led films in which that actor is the only “star,” shines the spotlight on some almost unknown up-and-comers and isn’t the typical blockbuster (I.E. indies). For this one, the actor being binged is Michael Fassbender.

It’s always refreshing and also a bit odd when sitting down to watch a film that isn’t mainstream. For one, not many people actually go watch it. These types of films are diamonds in the rough, as the cliché goes. They’re hidden gems that can either be surprisingly enjoyable or utter trash. [Insert digression here.]

In the case of “Slow West,” it’s the former. When the film starts off, it sets itself up as a conventional niche western. But once it introduces its two leads, Kodi Smit-McPhee (Jay Cavendish) and Michael Fassbender (Silas Sellick), it takes the audience on a different horseback ride, if you will, than we’re accustomed to from this genre. 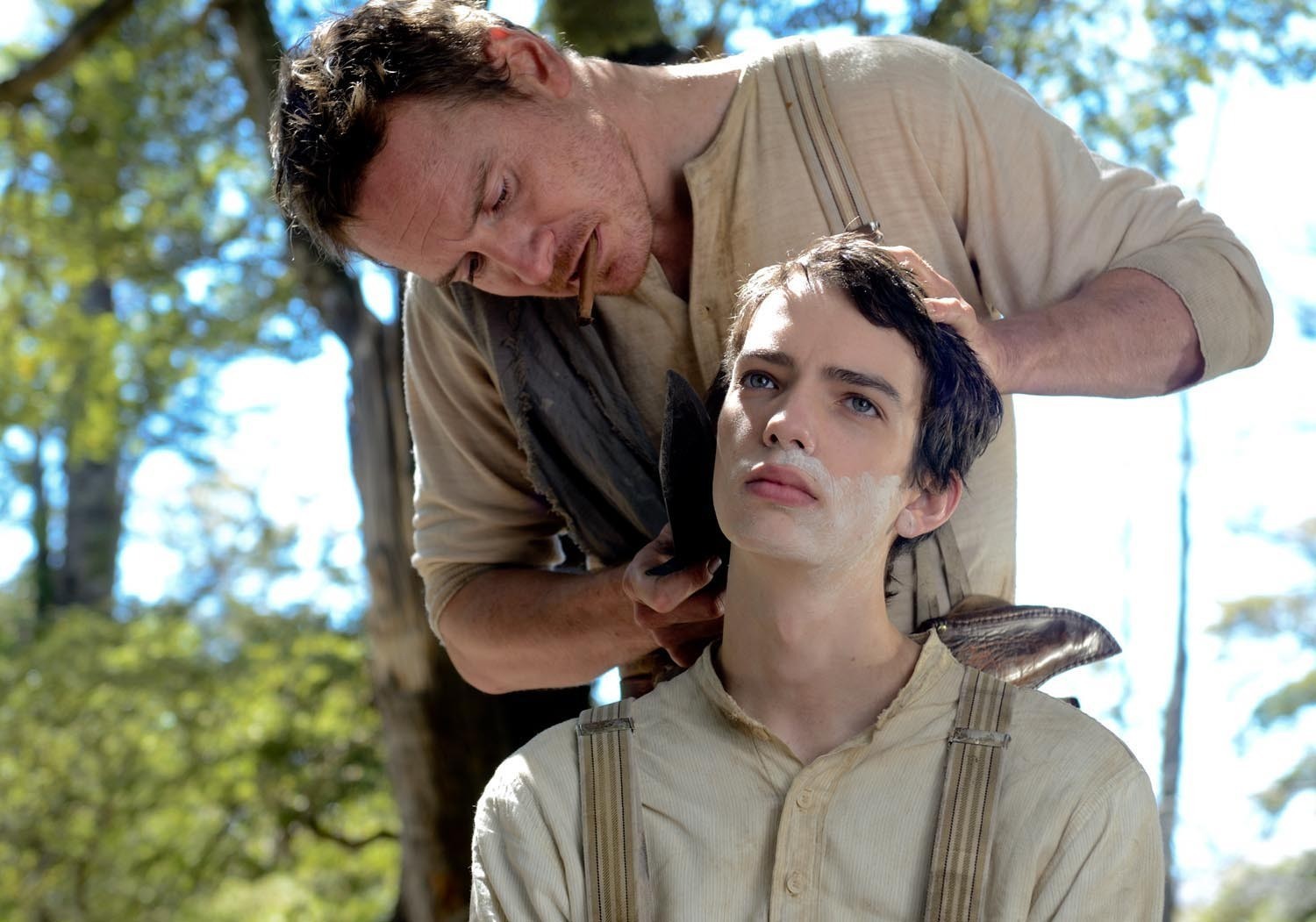 A great shot that truly shows off the seasoned actor, Fassbender, and up-coming one, Smit-McPhee, role dynamic.

The Guardian’s Peter Bradshaw wrote in his review of the film, Writer/Director John Maclean* “incidentally brings off a brutally outrageous digression that would make Quentin Tarantino proud.” He’s right. It toes the line of trope western with a dash of Tarantino-style western, think “Django Unchained” but not as crazy of a blood fest.

Albeit, West does provide the audience with the similar thought experiment that Unchained tests, Okay, who’s going to die next? West’s visuals help in that regard with the spot-on desolate expanse of the West that, naturally, includes Mother Nature and nomadic travelers — cowboy/girl and natives. It’s grounded until it’s not because of its fast trigger finger from quiet to bloodshed, which includes the black comedy it sprinkles on top.

What should be noted is this film wouldn’t be nearly as interesting without the presence of Fassbender. Smit-McPhee does a fine job alongside the well beyond more than capable actor he’s shares the top-billing with. They’re an odd-couple not just as actors but also as characters. The feeling of seasoned actor and an up-and-coming one couldn’t be helped yet it somehow worked because their on-screen relationship seemed to grow as did the roles of Cavendish and Sellick.

How are they brought together? A $2,000 bounty and love. Yes, a 16-year-old saying he’s in love. Take that last sentence and think for a second, it’s pretty darn easy to figure out how this film ends. That’s not the point of Maclean’s first outing as director. West is meant to feel different alongside its fellow westerns. Is it going to change the genre on the mainstream? Unfortunately indies don’t have enough Hollywood clout. Speaking of Tarantino, his forthcoming “Hateful Eight” can do such a thing but we know how his film is going to be. So, fan of Fassbender and/or westerns? This film is for you.

Tweet @werdynerdy** to suggest other actors besides Michael Fassbender or even be specific in terms of a particular film in the likeness of “Slow West.”

** Keep checking @werdynerdy’s Twitter feed, too. He’ll be tweeting out who the next actor and film will be for the next installment of “The ___ Binge.”