The Good
Unlike the previous Godzilla 2014 film (Read my review here) we get a lot more of Kong throughout the film. Matter of fact, it doesn’t take very long for him to appear on the screen either. This may be one of the best depictions of King Kong given the fact that this film doesn’t really hold back with his level of destruction. The movie is only PG-13, but there are moments where the violence would make one think it was bordering the rated R level. I personally enjoyed the fact that they made Kong more expressive than just a big raging monster. You can read his emotions and can get behind him as a character.

Kong: Skull Island is truly a “monster film”. The various creatures that populate the island almost give you the same feeling that you may have had when you watched Jurassic Park for the very first time. The movie includes some great camera angles and shots, but also some shocking death scenes as well. The havoc and chaos that the monsters evoke will keep your eyes glued to the screen.

As far as the characters go, I’d probably say that after seeing this film, I am now 110% convinced that Tom Hiddleston should be the new James Bond. Period. We don’t need to debate this because it’s already settled. He has a few moments in the film that show you the potential of being, not just suave and debonair, but fully capable of getting his hands dirty with some action scenes too. Samuel L. Jackson is exactly who we’ve come to expect and love with his character. John C. Reilly simply runs away with the comedic relief in the movie. His comedy was well timed and helped lighten the mood during some intense moments. The supporting cast including Jason Mitchell, John Goodman, and others were also really solid. I will also say that I was very happy to see some predictable Hollywood tropes not happen.

The Bad
I suppose one issue is just the mere fact that there wasn’t really anything ground breaking or new with this film. You’ve seen big monsters on the screen before. You’ve seen monsters fight on screen before too. It’s entertaining, but like I said, nothing really all that original.

This may be a bit of nitpicking, but the film seemed to have some sort of difficulty with its character development. Throughout the film we are introduced to a variety of characters. However, it seemed difficult to really get attached to most of them. Besides that, I could’ve sworn they added a bunch of extra soldiers to the film to be used as collateral damage. At one point it felt like we were only dealing with about 7 characters but 20 get included in the battle scenes.

The Reason
Kong: Skull Island was definitely an entertaining film. It’s a nice stepping stone to continue building the mythos that the studios are creating with this “monster universe.” For those wondering, yes, there is an end credit scene that teases a connection to future movies. It’s well worth the watch in theaters, so feel free to plan your weekend to check it out. I saw the film in 2D and thought it was just fine in that format. 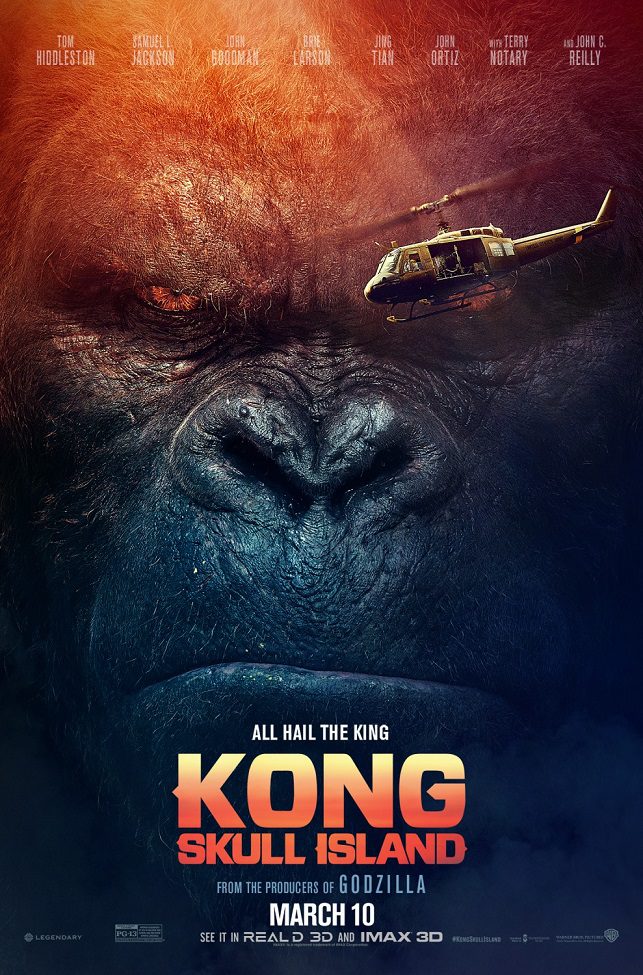