Big announcement out of PAX South in its opening hours, is that the gaming 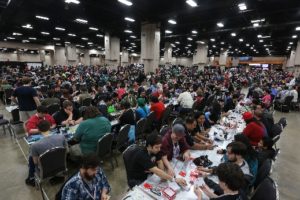 expo juggernaut will be adding another event to its already amazing schedule. PAX Unplugged, coming to the Pennsylvania Convention Center in Philadelphia, taking place November 17-19, 2017. This new convention will be focusing on tabletop-gaming. The popularity of tabletop board, card and roleplaying games is as high now as it has ever been that I (31 year old male) can remember. This is exciting news for anyone who gathers around the table with friends and/or family as this event will help push along all those kickstarters, showcase indie published games and aid the community in general.

“Penny Arcade, to host one of the internet’s largest gaming communities, and ReedPOP, the world’s leading producer of pop culture events, announced PAX Unplugged, its first tabletop gaming focused event, in front of tens of thousands of attendees today at PAX South. PAX Unplugged, the sixth addition to the international line-up of PAX events, will debut at 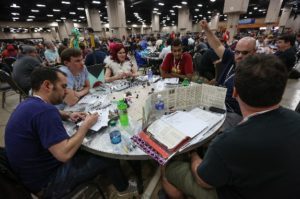 the Pennsylvania Convention Center in Philadelphia, November 17 – 19, 2017.
PAX Unplugged will take all the elements that have drawn millions of gamers to PAX – the chance to play and see the reveal of highly-anticipated upcoming games, attend game-inspired music concerts, participate in tournaments and watch panels 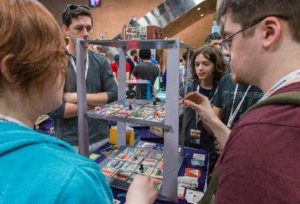 with industry leaders – but with a renewed focus on fostering the best event for the burgeoning tabletop gaming community.

PAX Unplugged will be a destination for attendees to share their common passions and socialize over board, card and other tabletop games, which have experienced a renaissance in recent years. Penny Arcade and ReedPOP are happy to embrace the thriving tabletop scene and provide those around it with a welcoming atmosphere to take this resurgence to even greater heights. 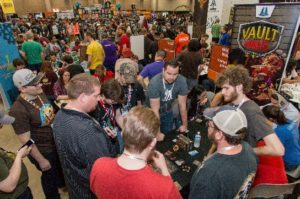 “With the rise of popularity of board games, we wanted to provide a dedicated space where fans can come together,” said Jerry Holkins, co-founder, Penny Arcade. “We will continue to have tabletop games at every PAX, but Unplugged will focus on stepping away from the TV, monitor and phone to foster face-to-face multiplayer experiences.”

Badges for PAX Unplugged will go on sale this Spring.