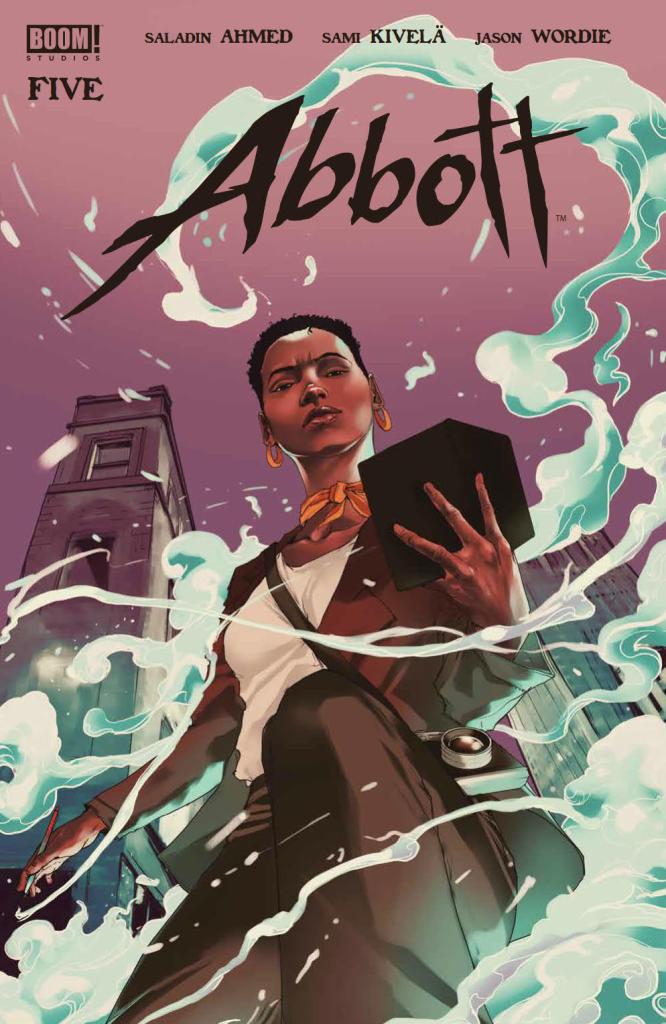 Here we are at the final issue of Abbott and it’s been a heck of a ride. Elena has the final confrontation with the man that has been behind of everything that’s been happening lately for her. She isn’t alone in the matter though as she has some help from people that are close in her life and they finally see the monsters that Elena has been fighting for a while now. I love how Amelia was willing to check on Elena, things didn’t end that well between them the last time they saw each other. She shows though that she isn’t willing to give up on her yet, no matter what kind of crazy she spits out of her mouth. I won’t be going into how things play out with Elena fighting against the “darkness.” What happens immediately after though just bring joy and sadness as some things are given closure and another case for Elena has opened up.

Throughout the run, she has been called the illuminator, a bringer of light. It is here that we see Elena really feel like that. But looking back, I don’t think she realizes how much she can illuminate not just against the dark shadows of evil, but the people she has close in her life. Everywhere she goes, people know her and think highly of her. She may not come off as the nicest person in the world, but given the era and who she is at this time. She has to show that she is strong, especially in her line of work. Because if it’s one thing I noticed is that anytime she goes out to see anyone close in her life from the bar, the diner, and even her boss. They are always smiling at the site of her as if seeing her helps brighten their day.

The art in this run has been great to compliment the dark, horror images that we see and when things are all over, we get the gorgeous ray of light that really stands out in the entire run. There are a few pages with some interesting choices of style for the panel layouts but it all still flows very nicely. From the beginning, Elena has left a very strong impression on me and I believe any reader can find enjoyment in this series. Even though this is the final issue, it is clear that Elena still has more stories to tell in the future.