Ace Combat 7: Skies Unknown will be the first game to come out in the series in 5 years. However, the PS4 version will also include exclusive missions for Sony’s VR headset. I was able to try a quick demo for 15 minutes and it was quite a ride.  You start off in the cockpit as it prepares to take off.  Once it does it feels great and also a bit disorienting at first. I was quickly able to get used to the camera and controls and it felt very natural moving my head to look around me as I was flying and chasing enemies to shoot down.

The game is also very easy to control so once you get fixated on the camera and how you’re moving.  Everything else just falls into place very nicely and presents probably one of the best VR experiences I’ve had in a while.  I wish the demo didn’t end so quick because I wanted to keep playing due to the amount of pure fun I was just having.  Ace Combat 7 has been a title I’ve been looking forward to on the PSVR since its reveal and I feel very convinced about purchasing the title myself now.  The game is set to release on PS4 and Xbox One on January 18, 2019, and for PC on February 1, 2019. 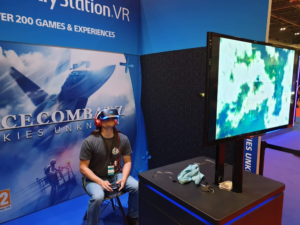 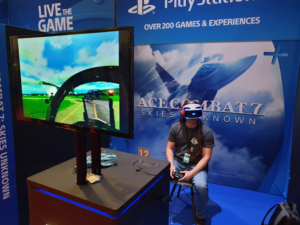