That’s right folks, Fans have a chance to purchase this print from Mondo and Ken Taylor until Thursday (7/27/17) at 12pm CT.

This beautifully done print features the cast of the Second Guardians of the Galaxy film and is expected to ship September 2017.

Ken Taylor has delivered some epic artwork in the past [1] [2] [3], and for those unfamiliar with his work, I suggest not sleeping on this one. 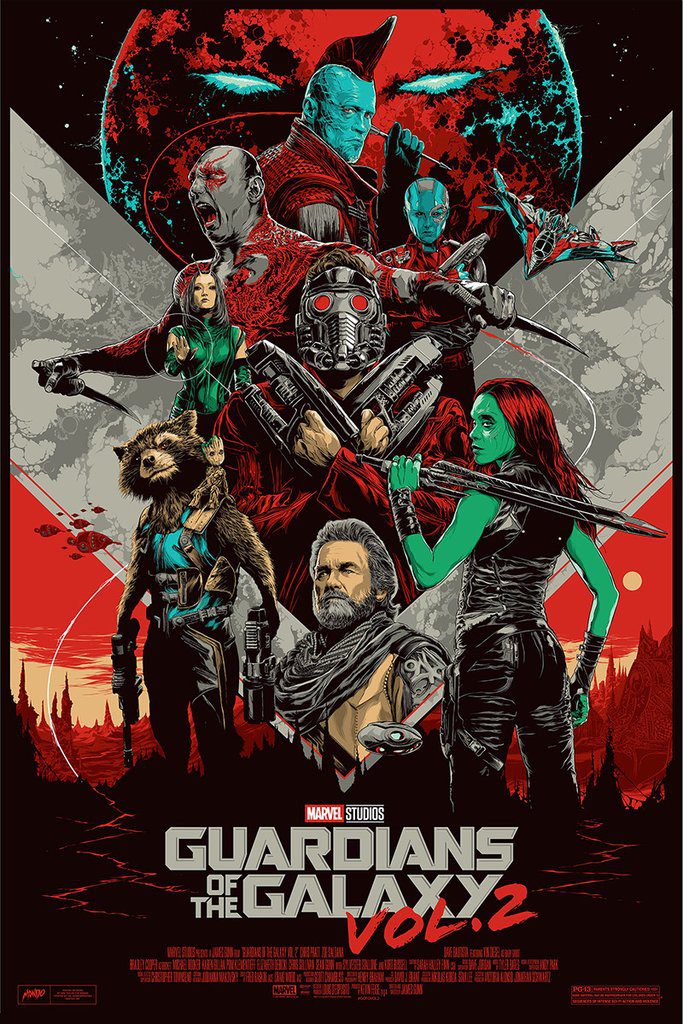 Mondo previously released their Variant edition of this print during San Diego Comic Con, which quickly sold out.

Also be sure to check out the Guardians of the Galaxy pins from Mondo.