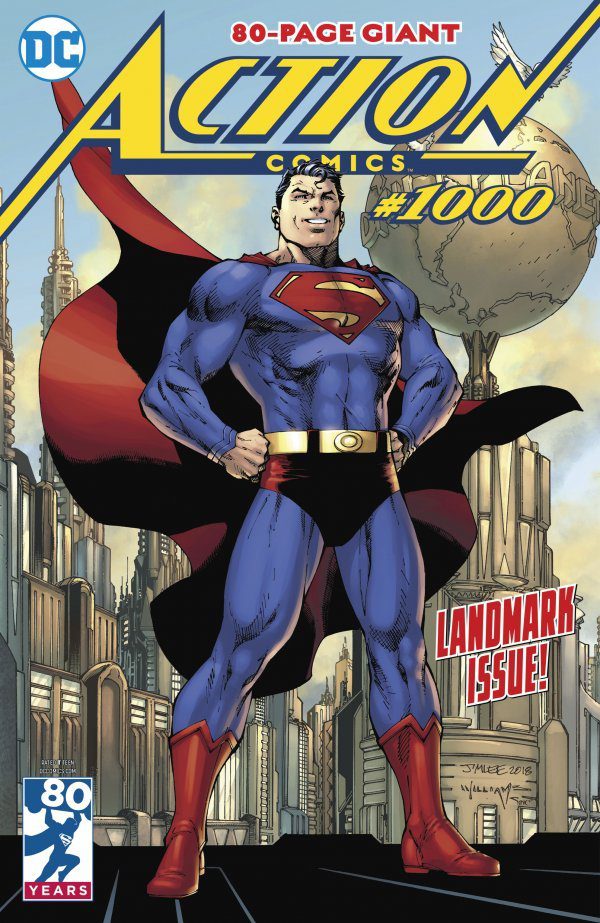 With this issue being over 80 pages and broken up into short stories from luminaries in the industry, I’m going to break down each story.

For The City That Has Everything

Dan Jurgens beautifully brings his classic and timely style to this Superman story that has the Man of Steel dealing with an off-world threat as a celebration of him by the city of Metropolis is going on at the same time. A celebration that is expecting his appearance. I loved the action in this story and the visuals especially. Jurgens knows how to pose Superman for maximum effect and does so in this story. I loved the look and feel of this story and even the personal stories worked without making the whole story seem hokey.

Superman is in Japan and Maggie Sawyer is dealing with a hostage situation. As much as he wants to be there to help, he has to trust in Maggie’s ability to de-escalate the situation without loss of life. As he continues to monitor the situation, he realizes that the mission he’s on and the hostage situation are linked, but he can’t leave. It’s a great story about how Superman can’t be everywhere at once. Sawyer really shines in this story and Superman’s narration helps to connect him more with the people he cares about and the planet he calls home. 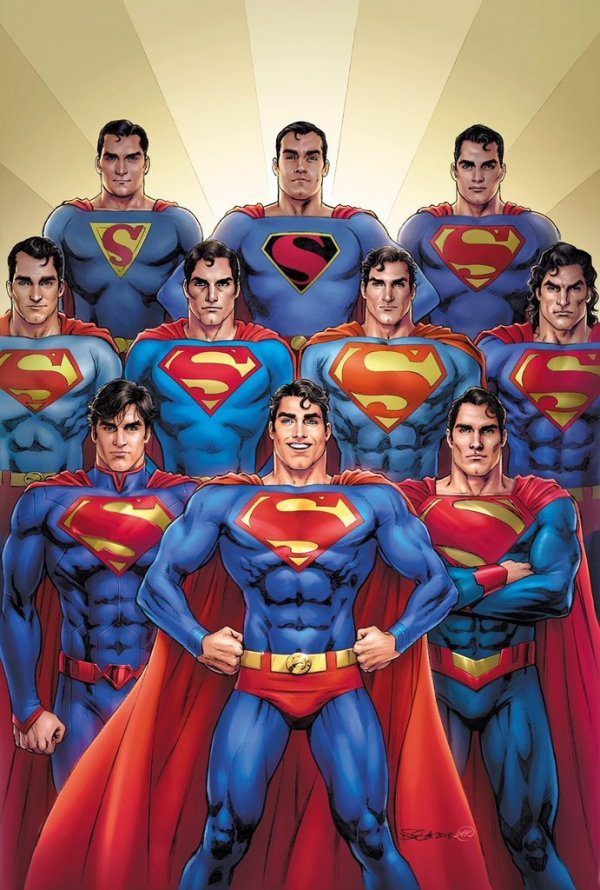 Superman is speeding towards LexCorp for an annual face-off with Lex Luthor himself on the roof. As Luthor prepares for the two of them to trade insults, Superman suggests something different; a game of chess. There is something great about the version of Lex that is used in this story. It’s a throwback to the mad scientist version with some of the savvy businessman thrown in. As with any game with Lex, there is always a twist and with any game of chess, anticipating the opponents’ next move is key. Both are on display in this satisfying story that feels timeless along with the great art by Neal Adams.

This story comes full circle to the first appearance of Superman in issue #1. Donner decides to tell what happened to the hood who’s car gets wrecked by Superman and the two of them have a heart to heart in the middle of the desert. It’s a pretty straightforward story that gives the first indications of the impact and influence Superman can have on those around him.

Lex has invited Superman to the Smallville Planetarium to show him what he’s been working on with a pair of mystical objects designed to alter time and history. He decides to give Superman a lesson in why he loves small towns like Smallville and how an experiment he was working on nearly killed him when he was a kid. What he doesn’t realize is that someone else was there too. There is a quiet element to this story that makes it work. We know what the significance of the moment means, but it’s nice to see it from their perspectives and it gives Superman an interesting emotional layer in his interactions with Lex.

Superman has come to the end of another world and he takes the time to have one last conversation with the people who shaped him the most before the end. It’s a bittersweet story that isn’t trite. There are some sound emotion and character portrayed in this narrative and the art compliments it well.

As the title suggests, the story is about Clark Kent having five minutes to meet a deadline for Perry while a train speeds out of control, armed robbers try and kill Bibbo and a rogue satellite is hurtling towards the Earth. It’s a simple story with an ending that made me smile. 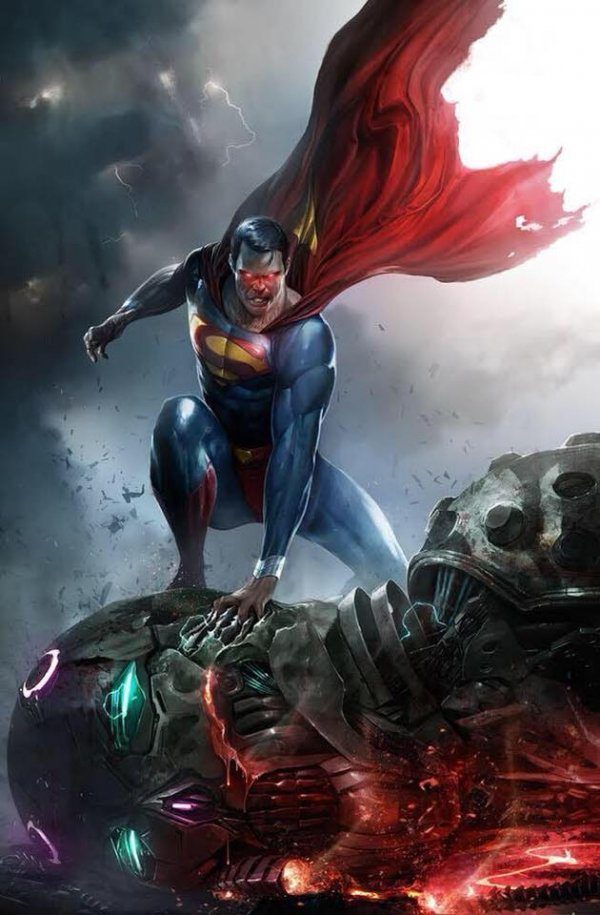 We get another look at the history of Superman’s influence and presence on Earth. This time it’s in the form of an amusement park ride run by one of Superman’s greatest enemies. What’s great about this story is that it starts off innocently enough, but it takes a really interesting and menacing turn that still holds onto the humor. It’s a really good “Superman as concept” style of story where the character doesn’t have to appear, but you still feel his presence.

Faster Than A Speeding Bullet

Another hostage situation story, but this time Superman is racing to the scene because he can tell it’s going to be bad. I really enjoyed this story. It took time to show not only the thoughts in Superman’s head as he doubts he can make it in time, it also showcases his powers in a way that adds to the tension. There are some great moments in this story where you wonder whether he’ll get there in time and what will happen when he does.

Bendis’ first story for Superman sets up an interesting arc to come with the introduction of Rogol Zaar and what he has confessed to the Man of Steel as the two of them fight throughout the city, causing massive destruction along the way. Jim Lee’s art is always great and the details in this issue are stunning. This short intro hooked me into finding out what happens next. Welcome aboard Mr. Bendis.