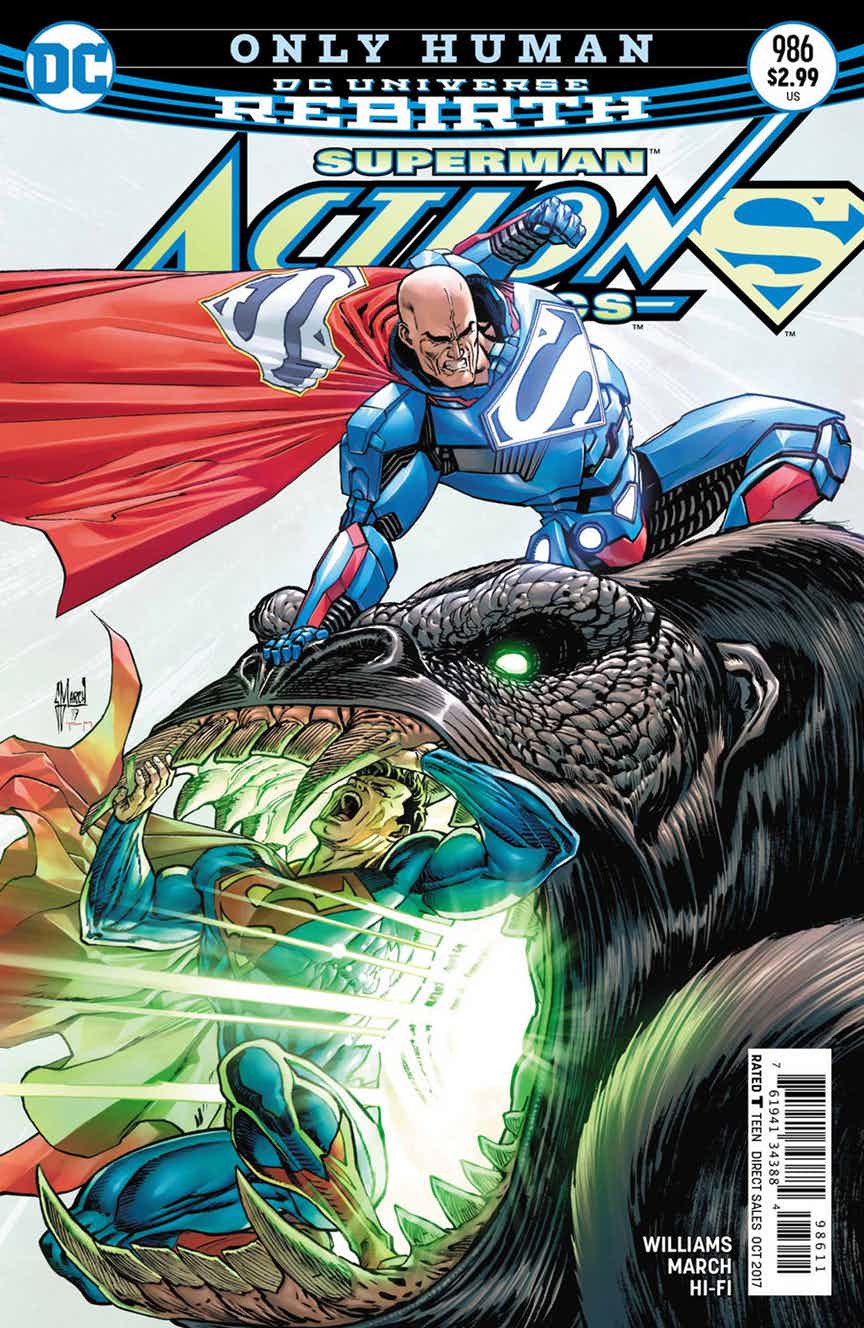 Sometimes filler issues are just filler issues. A short story arc to explore a character or two before the larger plot moves forward. Last month’s Action Comics #985 seemed to be one of these issues. Superman and Lex Luthor teamed up to locate some of Luthor’s technology being used by the Mechinist. The story did not take into account Luthor’s collaboration with Superman in previous issues and writer Rob Williams depicted a more confrontational and suspicious Superman. Action Comics #986 continued to be filler up until the end. A surprise confrontation between Mr. Oz and Lex Luthor shifted the impact and importance of this title and set the stage for the next issue.

A knockdown, drag out fight between Superman and Lex Luthor’s Apokoliptian powered suit could make for an exciting, action filled issue. Unfortunately, the meaning of the fight is limited. Yes, Williams writing does leave readers wondering how much Lex was being mind controlled and how much his long hatred for Superman was finally let loose. But by the end of the fight, the two sit peacefully on the edge of a rock cliff maybe not friends, but certainly allies. 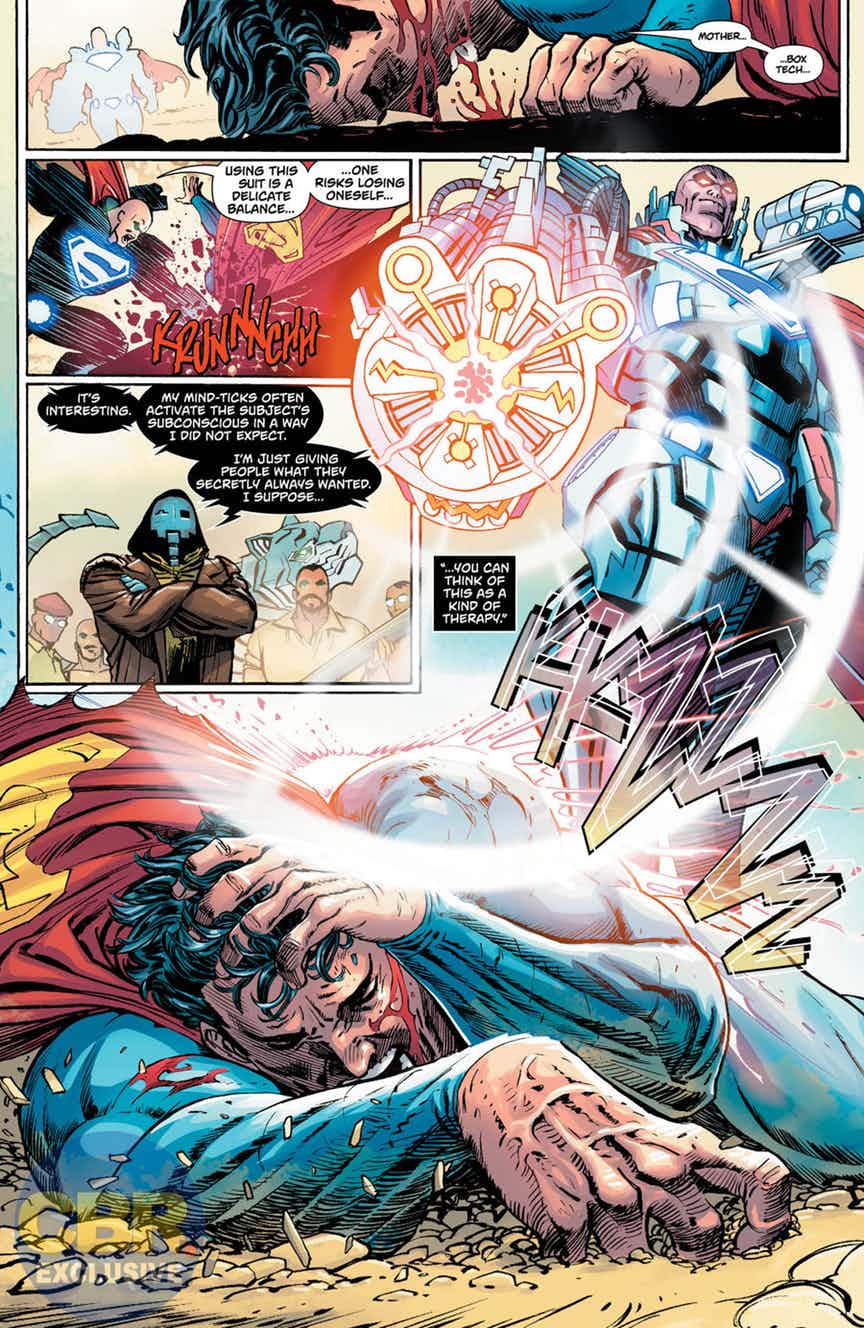 The image of Luthor and Superman sitting together is one that artist Guillem March allows readers to savor. The pose of allies observing their victory with a sunset in the background is idealistic and is a brief moment of peace in both the story and in March’s artwork. The fight scenes move quickly with numerous panels to the page, yet they feel more like still photos capturing a moment than the movement of a battle. The consistency of March’s details ranges from page to page. The proportions of Lex’s transformation to Apokoliptian vary, in one panel his oversized Darkseid like skull looms large and then in another, it returns to human proportions.

Regardless of the consistency of the art and the relevance of the fight, the issue is redeemed when Mr. Oz confronts Luthor. This is one of the few instances since the launch of Rebirth where readers witness Mr. Oz getting directly involved with Superman’s life. He previously pulled strings and influenced from afar, but this direct interaction may change things. How Action Comics, and other series, deal with this confrontation will contribute to the larger Watchmen story DC has planned.

What appeared a filler story, may result in a turning point moment for Superman and Mr. Oz. Unfortunately, what could have been an interesting an exciting battle between Lex and Superman misses story context and artistic consistency.