In his introduction to his essay collection Pops, Michael Chabon tells of his meeting with a so-called “great writer,” who once told him that an author loses a great novel for every child he has. A budding writer celebrating the launch of his novel The Mysteries of Pittsburgh with a woman he calls his “soon-to-be ex-wife,” Chabon is left shaken by the encounter. Later, after getting remarried and having four children of his own, Chabon realizes that if the loss of four great novels was the price he had to pay for his children, that the cost was more than worth it.

But what of the children of so-called “great men” who don’t reach that conclusion? What are they to make of the lives they are given? This question is what lies at the center of James Gray’s intelligent, moving Ad Astra. It’s a film that features no shortage of grand, sweeping imagery of space (imagery filmed, appropriately enough, by Interstellar’s Hoyte van Hoytema), but at its heart is most concerned with the relationship between a father and a son.

Brad Pitt’s Roy McBride is an astronaut who finds himself emotionally stunted. By the time we see him in the film, his dislike of intimacy has lost most of the important relationships in his life. His wife left him one year prior, he cannot stand being touched, and his face is one that rarely shifts beyond restrained passivity. Since his father Clifford McBride, a heroic astronaut whom he barely even knew, left him on Earth, he has been learning to detach himself from any need of intimacy. And following Clifford’s disappearance and likely death nearly twenty years ago, his desire for intimacy has only shrunk. It isn’t until an electromagnetic storm damages the space station he works on that NASA decides to let him in on a secret: his father may indeed be alive. And Roy just may be the man to find him. 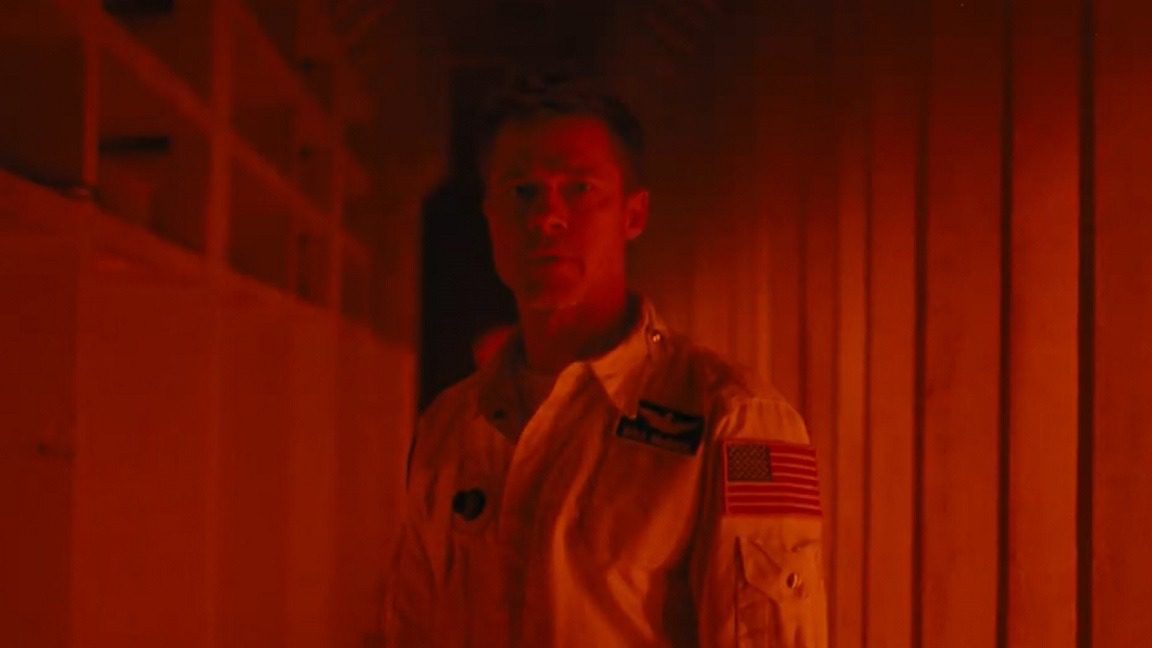 The science in Ad Astra often left me lost and can be hard to follow. It’s something in the film that may necessitate a second viewing. And the film’s biggest flaws come at the end of the third act, when it leans a bit too heavily into a happily tidy ending. That being said, whatever flaws it has are more than managed by two factors, the first being Gray’s direction. Whether Pitt’s astronaut team is exploring a spaceship that has gone eerily quiet, or on a dune buggy chase across the craters of the moon, or when Pitt is just engaged in an emotionally vitriolic conversation, Gray knows how to wring tension and emotion from the proceedings. While slow-paced, Ad Astra is never boring. The second factor is the performance of Pitt as Roy. From a film-making perspective, Ad Astra is nearly an entirely first-person film, with Roy on-screen in nearly every scene. Were he any less magnetic, the film would fall flat on its face.

But Pitt, in spite of Roy’s emotional steadiness, nevertheless imbues him with a very human melancholy. He isn’t stoic for the sake of being a dark, brooding figure. His stoicism is a safety net, something that protects him from emotions that might damage him. It’s when Roy genuinely smiles, or when his eyes become glassy, that we see the real humanity inside of him. When he watches the recordings made from his father (played by a very strong Tommy Lee Jones), Pitt doesn’t need to give McBride any big speeches or fiery dialogue. All he needs is to speak with his eyes.

In Ad Astra, we see a film where man’s serenity cannot solely be reached by the great works he completes in his lifetime. It is something where that serenity is only truly achieved when he has someone to share it with.