Adventures of the Super Sons #6 Review 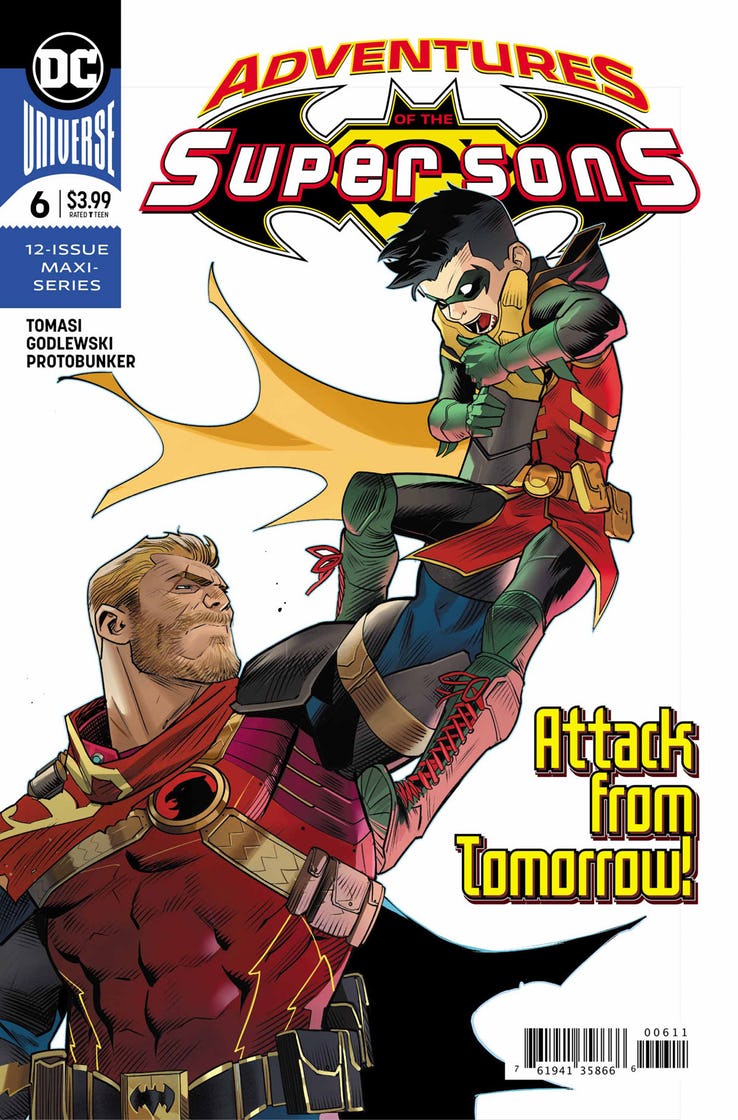 The Super Sons go from the frying pan to the fire in this issue.

Having escaped the haunted house and destroying the machine inside, the boys need to find their bearings. In Jon’s case that means finding food. After a short and relatively pointless chase to find a monkey creature and an even shorter fight with a bigger one, the boys decide to sleep for the night.

Their rest is short lived when Rex Luthor wakes them up and recaptures them with the threat of killing the monkey creature they just met the night before. Another player jumps on the scene and takes the boys instead and their next stop might be the most dangerous destination yet.

As a fan of the series, I continue to enjoy the evolution of Jon and Damian’s friendship and how they influence each other. On that note, this issue felt repetitive. The novelty of the two of them constantly getting captured and moved from one point in space to another has worn off a little and I think the overall thread of what brought these two characters back in this series is starting to get lost.

Have you seen this:
Redfork (REVIEW)

Tomasi is great at writing these characters and how they relate to each other, but the reason for them to be in this repetitive cycle of capture and escape only to be captured by someone else is becoming tiresome. There’s so much that is teased to be happening that just never seems to manifest in the story. There should be a focus on something the boys need to learn and or overcome. Otherwise, they’re just being dragged aimlessly through space from one cameo to another.

The art is really good. There are some vibrant and beautiful panels in the issue. Unfortunately, there is so little going on from a story perspective that the artist doesn’t seem to have much to work with.