In another action packed episode, the Agents of SHIELD have tracked down the location to the backdoor of the Framework that Radcliffe had built. Meanwhile, in the real world, the Superior’s men have tracked the Quinjet Daisy and Simmons are hidden in while they’re tapped into the Framework. In an even more dangerous race against time, Fitz has completed the model for Project Looking Glass, the machine powered by Darkhold energy that can create an organic body for her in the real world, bring Ophelia to life once and for all. Will our team escape the Framework in time to outrun the Superior’s mercenaries and stop Ophelia from exercising her newly developed free will and unplugging their bodies from the Framework, rendering their minds dead from the broken connection? As we near the conclusion of arguably the best story arc Agents of SHIELD has given us, the stakes have never been higher, and the loses never greater.

Will our team escape the Framework in time to outrun the Superior’s mercenaries and stop Ophelia from exercising her newly developed free will and unplugging their bodies from the Framework, rendering their minds dead from the broken connection? As we near the conclusion of arguably the best story arc Agents of SHIELD has given us, the stakes have never been higher, and the losses never greater. 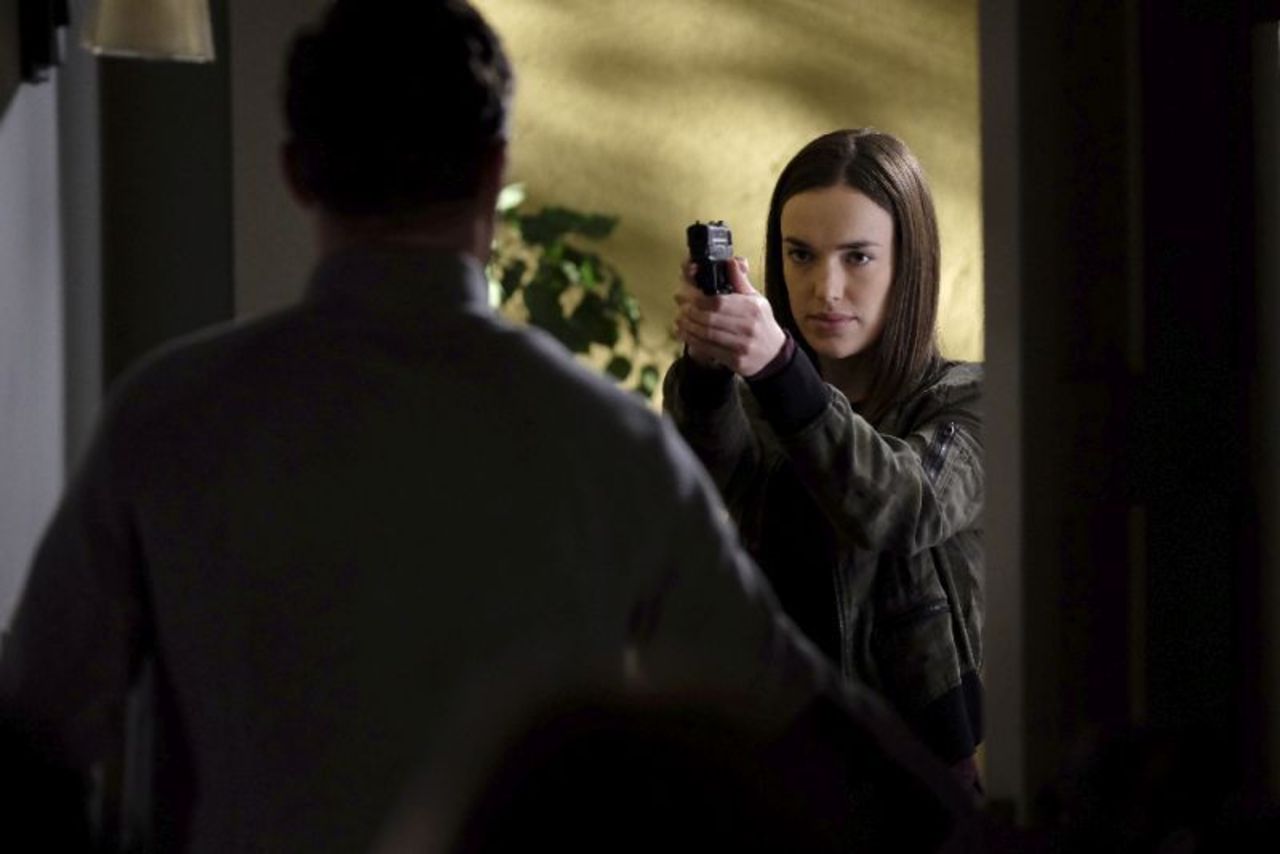 In the real world, we see the team led by YoYo, guarding Daisy and Simmons while they enter the Framework. They are running out of time as they have to shut down non-essential functionality in the plane to permit the energy usage needed by the entrance into the Framework. Ultimately the decision to remove the cloaking is made, which results in the Superior and his men locating their Quinjet. The show gave us a very well crafted time-lapse, showing the occurrence in the real world while the team had been in the Framework for 10 days, also we get to see some air time for YoYo and one of my favorite supporting actresses on TV today, Briana Venskus, who plays Agent Piper. She may look immensely familiar, since you may also recognize her as Agent Vasquez of the DEO on Supergirl, or Beatrice of the Oceanside community on The Walking Dead.

Venskus has an absolutely amazing job, getting to live in three separate comic book worlds on television. Inside the Framework, May, still unwilling to accept the notion of the ‘other world’ makes mention of Fitz’s father, giving Simmons a light bulb moment, understanding which ‘regret’ Aida took away that resulted in Fitz being crafted into the Doctor in the Framework reality. Simmons, goes after Fitz’s father, attempting to use him to lure Fitz to a rendezvous so she can connect with him. Unfortunately, that doesn’t go according to plan, when Fitz’s father attacks Simmons, she accidentally shoots him dead, with Fitz listening on the phone. Another incredible Fitz performance by Iain De Caestecker, as he goes through a blender of emotions over his father’s death. De Caestecker has absolutely excelled in this arc, giving the light-hearted, skittish yet lovable Fitz a hardened steel makeover turning him into the single greatest Bond villain in the history of cinema.

Madame Hydra has begun the process of developing her organic body in the real world, liaisoned through a medical scanner type device in the Framework. As Aida/Ophelia/Madame Hydra is built/born/materialized in the real world, we get to see another wonderful performance from Mallory Jansen, as she realizes her success and processes a myriad of thoughts, actions, textures, and emotions all for real for the first time. As our team in the Framework discovers the coordinates of the backdoor Radcliffe left, Daisy realizes she can activate the portal with her powers.

Coulson gets an unfortunate nod to the Avengers as he is shot in the abdomen while he walks to leap into the portal, May takes cover and both go through the portal and awaken from the Framework. Simmons is encountered by Fitz, whose apathetic reaction to her pleas of love are answered by shooting her in the leg — I seriously cannot get over how good the chemistry on screen between these two is. Radcliffe throws Fitz and then helps Simmons to the portal, offering his action as an attempt at amends for the damage he created. As Daisy holds the portal, Mack learns that Hope is not waiting for him back in the real world and decides to not awaken from the Framework, forcing her to deliver the somber news to YoYo when she awakens. 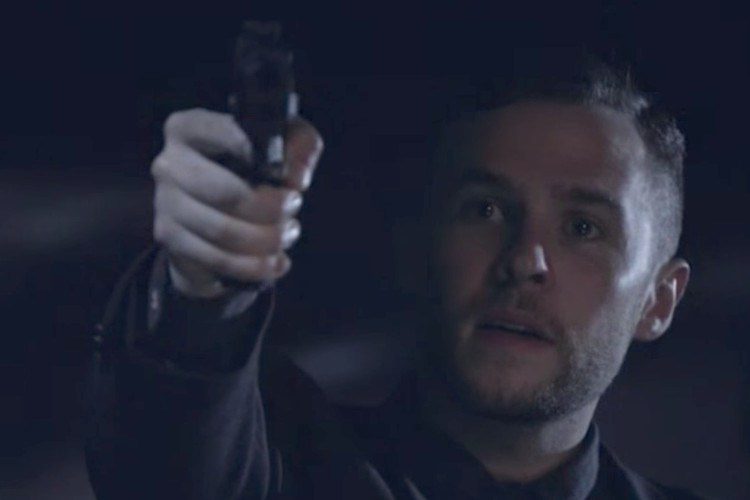 Awoken from the Framework, Coulson attempts to comfort his team, May suffering from some injury to her legs making walking difficult for her, and Fitz, slammed in the gut with the memories of what he did in the Framework. As Coulson tries to console him, reminding him it was a program, then we see this gut-wrenching, spine-chilling look of horror on Fitz’s face as he remembers it was his order that resulted in Mace’s death.

As the team struggles to recalibrate to the real world, Madame Hydra emerges from her machine. Obviously realizing it is not Aida, as Coulson decapitated that body, May prepares to shoot Ophelia, now that she can feel pain, but suddenly Ophelia grabs Fitz and teleports. This part caught me off guard as I did not know that Aida programmed her organic Darkhold body with Inhuman powers, but if you’re going to custom build yourself a body using Dark Magic, may as well go all out and add in super powers too. I know I would. 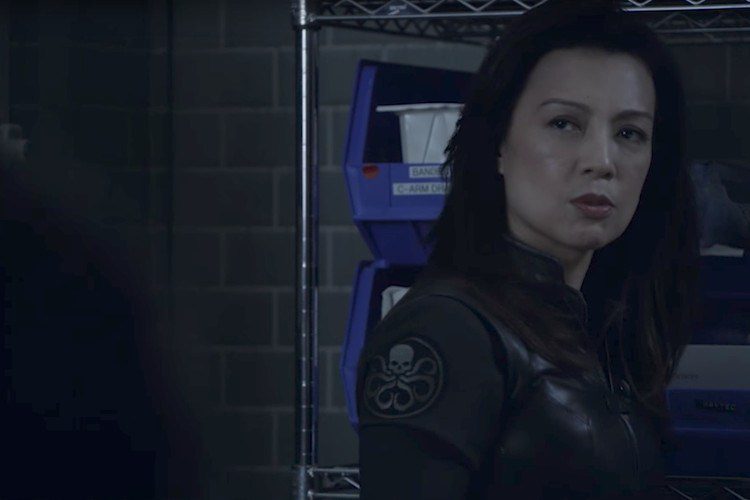 Out of the Framework, but far from out of danger, our team now has a brand new set of threats to deal with. The Superior is on the hunt for the team, namely Coulson, Ophelia succeeded in creating her body and who knows what else, and also abducted Fitz. I have sat on the edge of my seat, eagerly devouring every solitary moment of this arc. As I’ve said repeatedly, everyone involved is at the top of their game, its been wonderful to see the return of incredible characters like Ward and Tripp, and it’s been heart wrenching to lose beloved teammates like Mace and Mack. There are only two episodes remaining in this whirlwind of a season, and no telling what else is going to be thrown at our team and how they will manage to handle it. Tune in next week as we learn where Ophelia has taken Fitz and discover the fates of both SHIELD teams, until then #keepitnerdy