As our team continues their adventure on the strange futuristic ship, tensions continue to rise, and our heroes missions continue to get more and more dangerous. Jemma, now a gold face paint adorned slave of Kasius, the Kree leader of the ship, is tasked with assisting a young Inhuman, Abby, with gaining enough control of her powers to perform at the ominous ‘ceremony’. Mack, Coulson, and May go with Tess on a run with the side objective of finding out more about the mysterious ‘616’ planet surface outlined in Virgil’s notes. Meanwhile, YoYo helps Daisy get the layout of the ship for her mission to find Simmons. Agents of SHIELD continues to provide expanding worlds along with new interesting threats; but coming off of the heels of their hugely successful Framework storyline last season, their space adventure just doesn’t keep up the same intrigue and intensity as their previous endeavor.

The space setting sets the stage for many excellently delivered pop culture references, usually from Mack regarding Alien and Horror films. The inclusion of the Kree, especially the unique upper echilon Kree’s that differ from the relatively cookie-cutter foot soldiers; is a good throwback to the previous seasons and serves as an excellent threat. The additional human threats, Deke and Grill, add that very Dystopian element to the series. The storylines of alternate Daisy as Quake the Destroyer of Worlds, Coulson’s search for answers in Virgil’s notebook, and Simmon’s role as the Inhuman tutoring acolyte of Kasius are all fascinating. But, the overall flow of the story has been slow moving, and somewhat disjointed. The performances of all the major players has been strong usual, however, there is just something falling short thus far in the season. 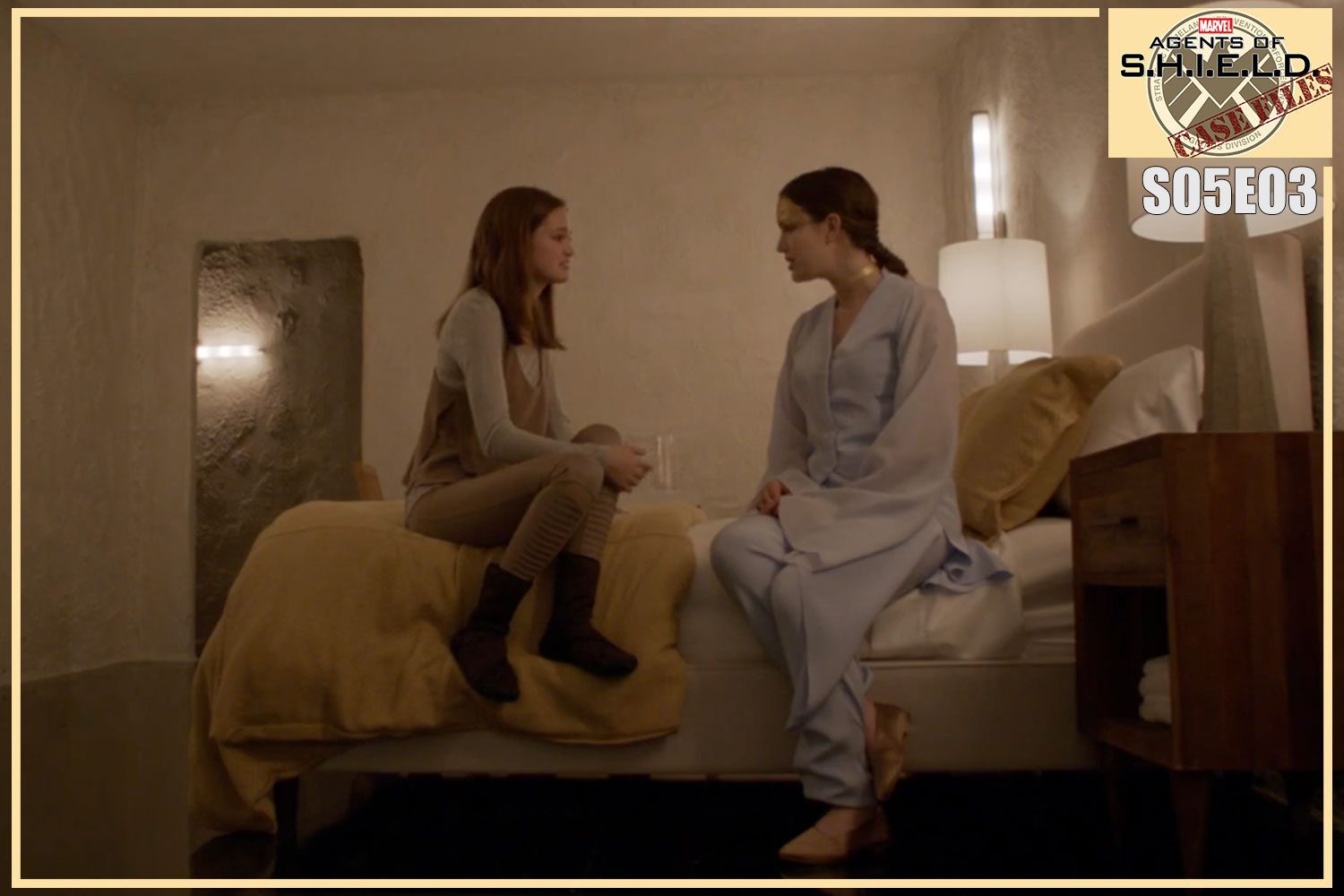 Watching Simmons mentor Abby, then having to perform the majority of her scenes with her in ‘silence’ mode shows the dynamic range she brings to her character. Daisy gets to have her usual powerhouse fight scenes but ends the episode ultimately betrayed by Deke, and captured by the Kree. Is the Destroyer of Worlds destined for the Inhuman battle royal we witnessed this episode? Or is Deke truly on Daisy’s side, willing to rescue Simmons, and help the team? Who is on the other end of the radio transmission Coulson and company heard while on the space run? And where on (multi) earth does Fitz fit into the picture?

As a long time fan of the Agents of SHIELD, I have high hopes that the season is off to a slow burn that will pay off in a big way. My biggest fear is they played their best hand with the Framework, and simply do not have a powerful enough story to follow up the absolutely outstanding showing we had in Season Four. As we gear up for the next chapter of our heroes story; we will learn more about the secrets this future timeline holds. Until then, keep it nerdy!