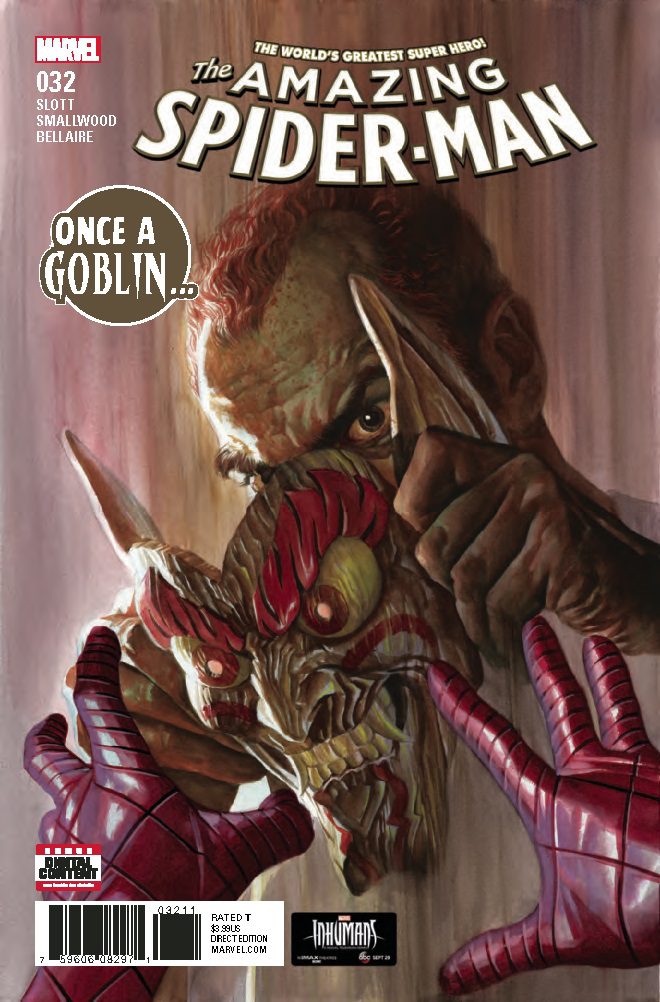 Recently Peter has destroyed his own company to stop Doc Ock. Now on the search for Norman Osborn, who has gone missing since their last fight. This issue we focus on Norman and his hunt to free the goblin inside his mind.

After many attempts through drugs, hypnotherapy, and acupuncture. Norman Osborn can’t seem to free the goblin inside. In the last meet up, Peter put nanites inside of Norman that suppresses the goblin serum and keeps him normal.  Norman is given a name of a temple in the mountains.

Upon arrival, Norman is greeted by three monks, Masters Hawk, Ox, and Snake. Norman asked to be healed, to be his real self again. They agree to help him. Normans first test, a test of will, is to place his hand on a glowing stone. This will show his true intentions. After seemingly passing it, he is told training will begin.

Training in martial arts, breathing, and even magic. Norman must master all forms of meditation to truly become himself. The monks tell him of the others that pass through including, Doctor Doom, Doctor Strange, Etc. After meeting his spirit animal, a tiger, Norman believes he’s ready to pass the final test and become whole again. 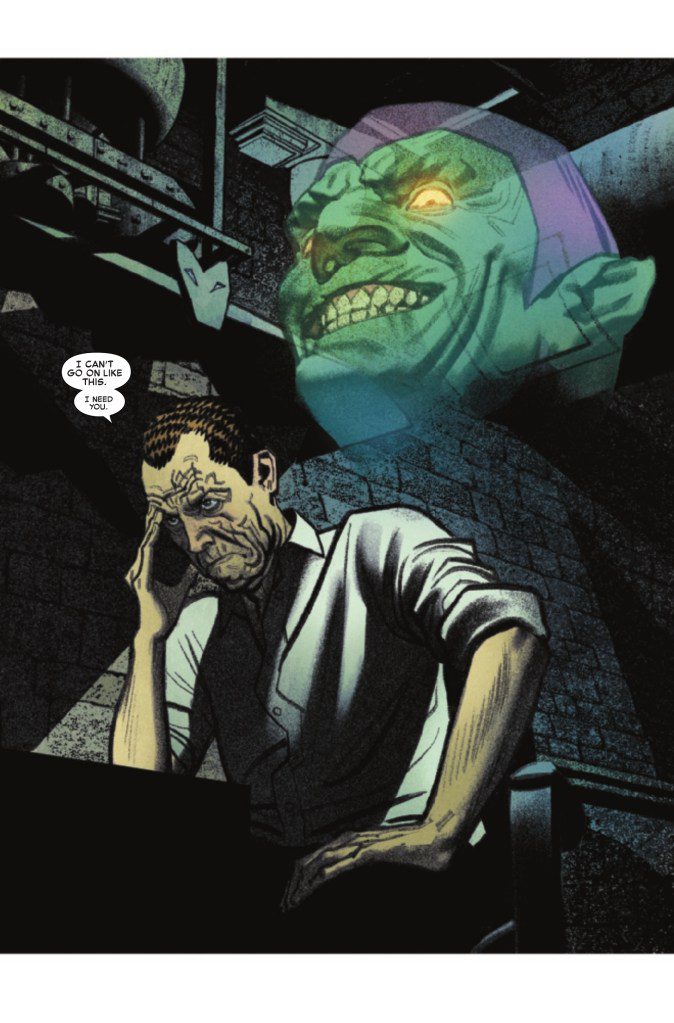 To pass a trainee is to choose a mask off the wall that calls to them, this will unlock their true powers. Norman grabs a goblin mask and claims his rightful place. The monks summon Spider-Man and force the two to fight. Norman is able to defeat him after the monk sends Spidey back. Norman decides he doesn’t need them. They attempt to attack him and it does nothing but bounce off.

Suddenly, Norman is back in the past, with his hand still on the stone. It has revealed his true intentions and so norman fails. They kick him out and warn all other temples. But that was enough for Norman, he knows the goblin is still inside, and that he can find it again.

This issue was fantastic. Slott did a fantastic job of characterizing Norman Osborn and really showed us the mad man within. I know there is a lot of back and forth on Slotts work, but the current run in the All New All Different Marvel line, has been one of the better Spider-Man runs.