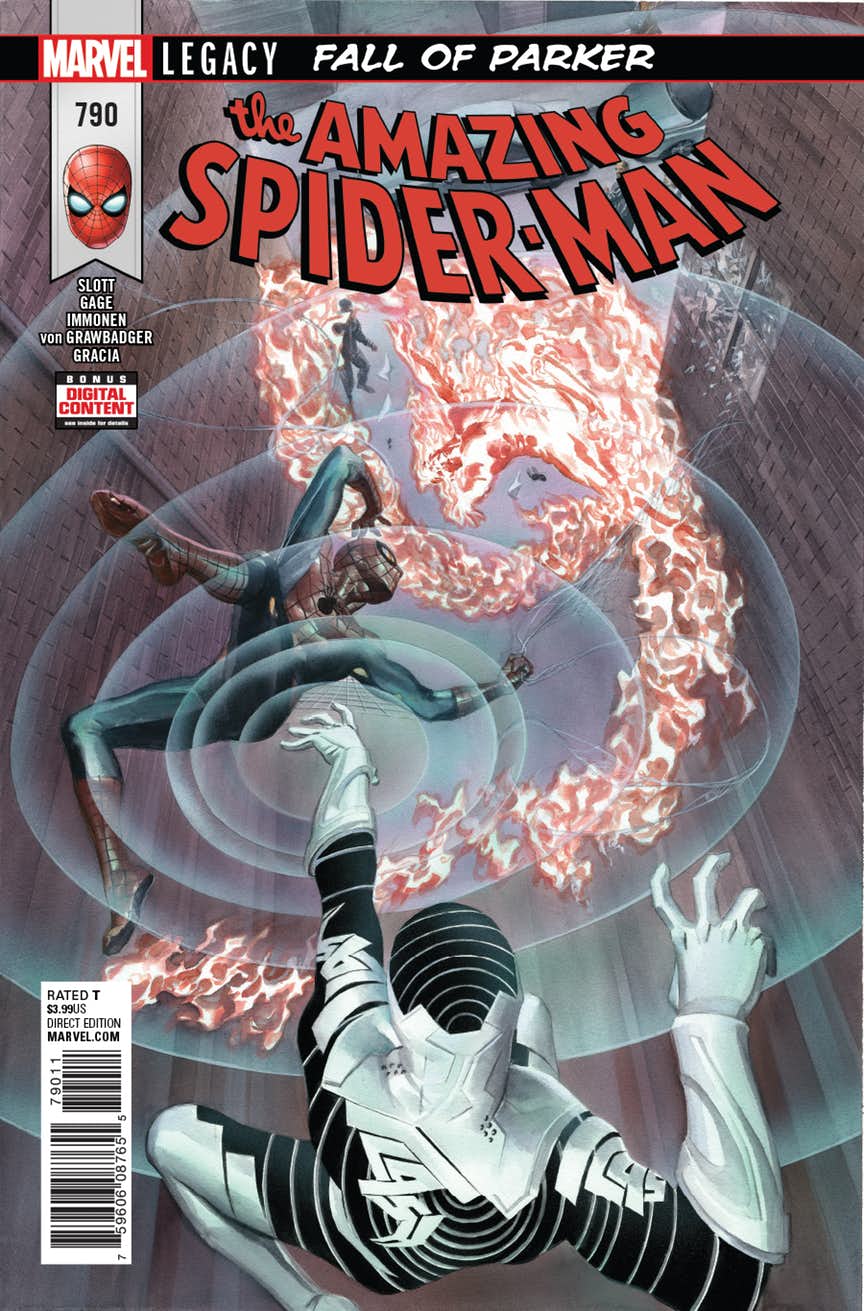 Recently Peter Parker has lost everything. His business, his reputation, and his money. Broke and living with Mockingbird. Peter is back to being a small time hero.

The issue starts with Peter and Harry, going around the different Parker Industry sites. Personally apologizing to all of his former workers and explaining what happened. Peter bails on Harry as they are leaving, quickly disappearing and changing into Spidey. It cuts to Clash, a former worker of peters and semi-retired villain. Clash plans to steal back all of his work he created while working for Parker.

We see Johnny Storm outside the Former Baxter building, which is now the former Parker Industries New York location. Peter is putting it up for sale. As Peter 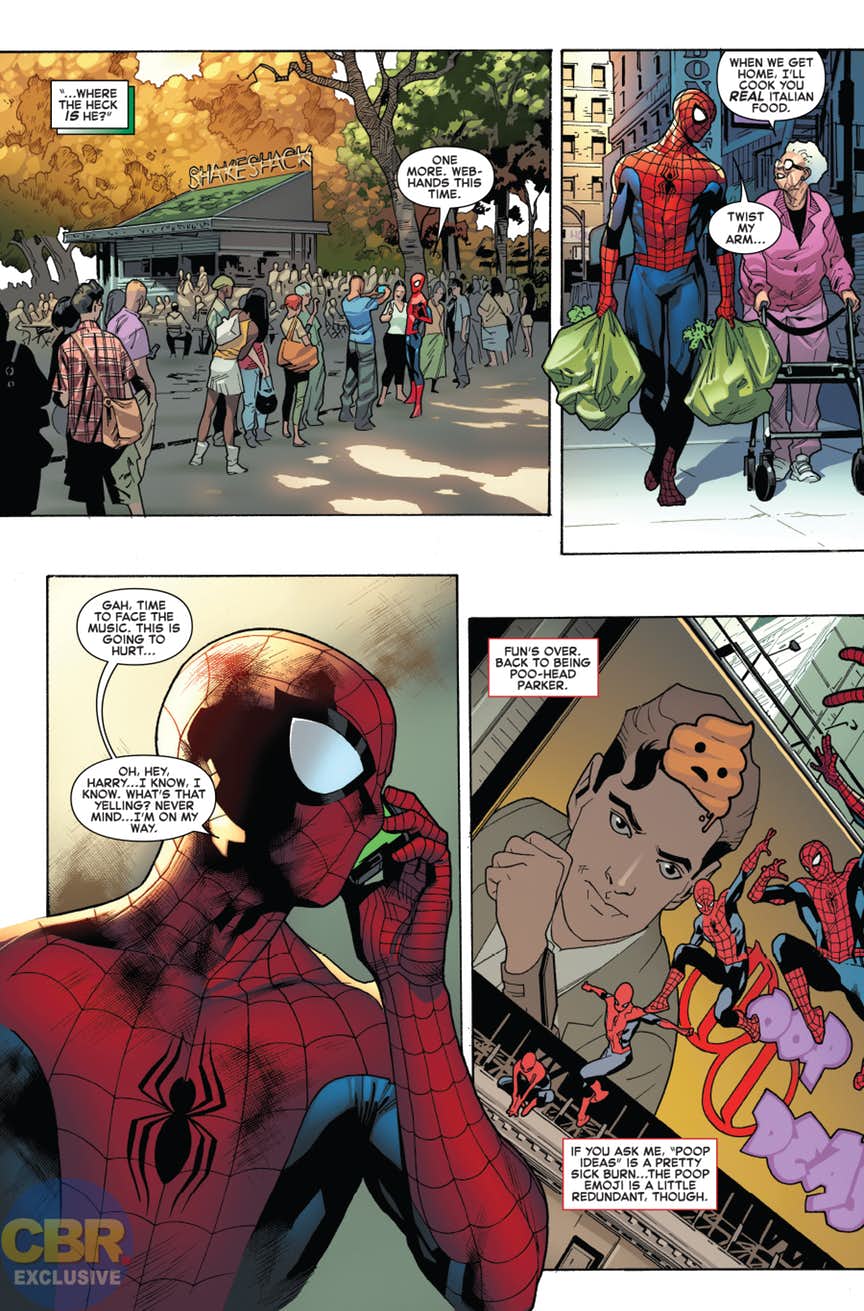 heads over to meet Harry at the location. We see Johnny and Harry screaming at each other. Spidey and Johnny get into a fight over the building. Peter claiming that selling it is the only way to cover the lawsuits.

During the fight, Clash shows up to claim his tech. Harry breaks up the fight to alert Spidey and Human Torch to the robbery. Another fight breaks out between them. The fight makes the building start to vibrate. It comes down to all three powers working together to stop the building from collapsing. During the mix-up, Clash escapes. all the commotion causes Harry to quit. As Johnny and Peter are talking, Joe Robertson calls him from the Bugle. Offering him a job!

So far, the legacy arc has been very interesting. On one hand, I love it. It’s a new direction, Lots of emotions and solid storytelling. On the other hand, I’m not a huge fan. To me it’s not progress, it seems they are just taking Peter back to working for the bugle, struggling with money, “Classic Peter”. One of my favorite moments for Peter was when he was a science teacher for Midtown high. We really get to see Peter be happy and really do a good in his professional life. I’m very curious with Slott’s current arc and where it will take it. Amazing Spider-Man #790 boasts a good story with Fantastic art. I love Stuart Immonen’s Spider-Man. Let’s see where this goes.