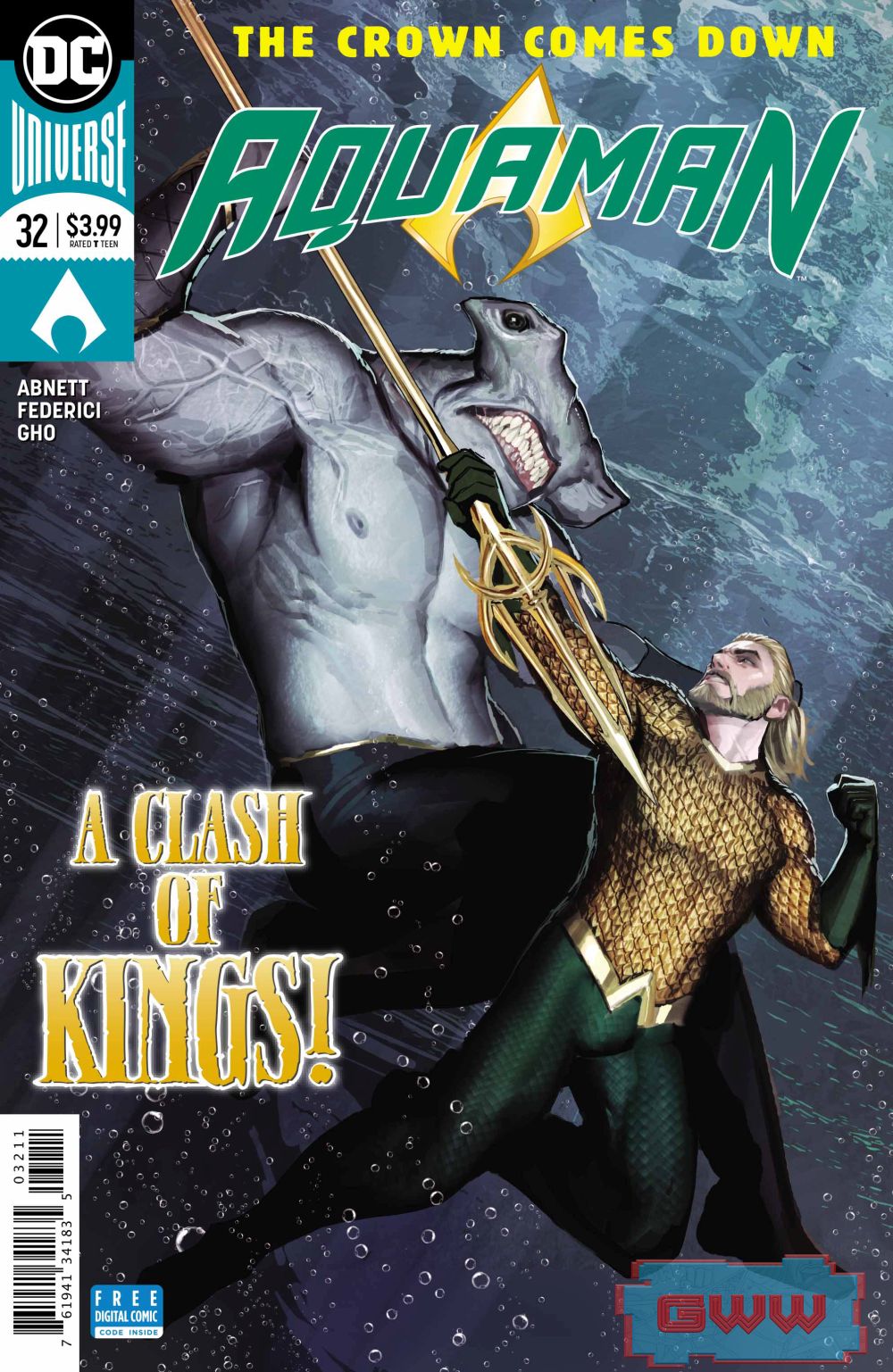 Aquaman’s resistance against King Rath is quickly gathering support, but can Arthur sway King Shark and the gangs of the ninth to join his cause? Meanwhile, Mera has been gravely wounded by the crown’s magic, affecting her ability to breathe underwater. Arthur and the rebellion only have a matter of hours to bring down the crown of thorns so they can get Meera to the surface in order to save her life - the countdown is on!

The uprising against the tyrannical King Corum Rath continues in Aquaman #32, as key players reveal their hands in the ongoing political drama of Atlantis. Arthur must recruit more rebels for the resistance movement to have any chance to take on the dark King and his forces, but the numbers aren’t looking good. To make matters worse, Mera is dying and needs to return to the surface to heal, but the crown’s magic has trapped them inside of Atlantis. It also looks like Mera and Arthur’s dream of living a quiet life in the lighthouse are about to be dashed as the Widowhood reveal their grand plan for the Kingdom…

‘The Crown Comes Down’ part two is another fantastic entry from Abnett that’s full of political intrigue, personal drama and bold statements concerning class and race. We finally see all the factions that oppose Rath’s reign come into play and just what their plans are for the future of Atlantis. The Widowhood believe it’s Mera’s destiny to bring peace to the Kingdom and unite the people of the Xebel and Atlantis. Cetea comments that because she has royal blood and is a pure creature from the sea, she is worthy of the throne. This completely opposes the inclusive Kingdom that Arthur has tried so hard to build; in the previous issue, he was literally the symbol of hope that united the Undercurrent and ‘tainted’ inhabitants of Atlantis.

I really hope this isn’t the end of Mera and Arthur as they’ve dreamed about living a quiet and ‘normal’ life for a while now. They both understand ruling is their duty and that they must make sacrifices for the Kingdom, but with 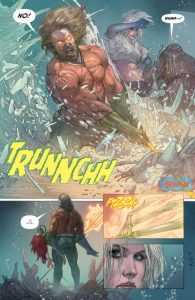 the amount Abnett’s been featuring Dolphin, I fear that he will end up with her instead of Mera. I also really appreciated the political commentary in this issue and how it mirrors the current climate, with Mera commenting that those who want to rule are always the least well-suited…

Have you seen this:
Cobra Kai Season 3 (Review)

Aquaman #32 is another solid entry to Abnett’s on-going political drama/thriller whose storyline rivals that of Game of Thrones. This issue really ramps up the stakes for Arthur and even though it features a lot of exposition, the reveal from the Widowhood furthers the story to a very exciting reveal at the end. The next issue will be a must read as I can’t wait to see what happens in the huge high stakes battle that the story has been building up to. Aquaman is quickly becoming one of DC’s strongest and most consistent titles for me, I would highly recommend picking it up!