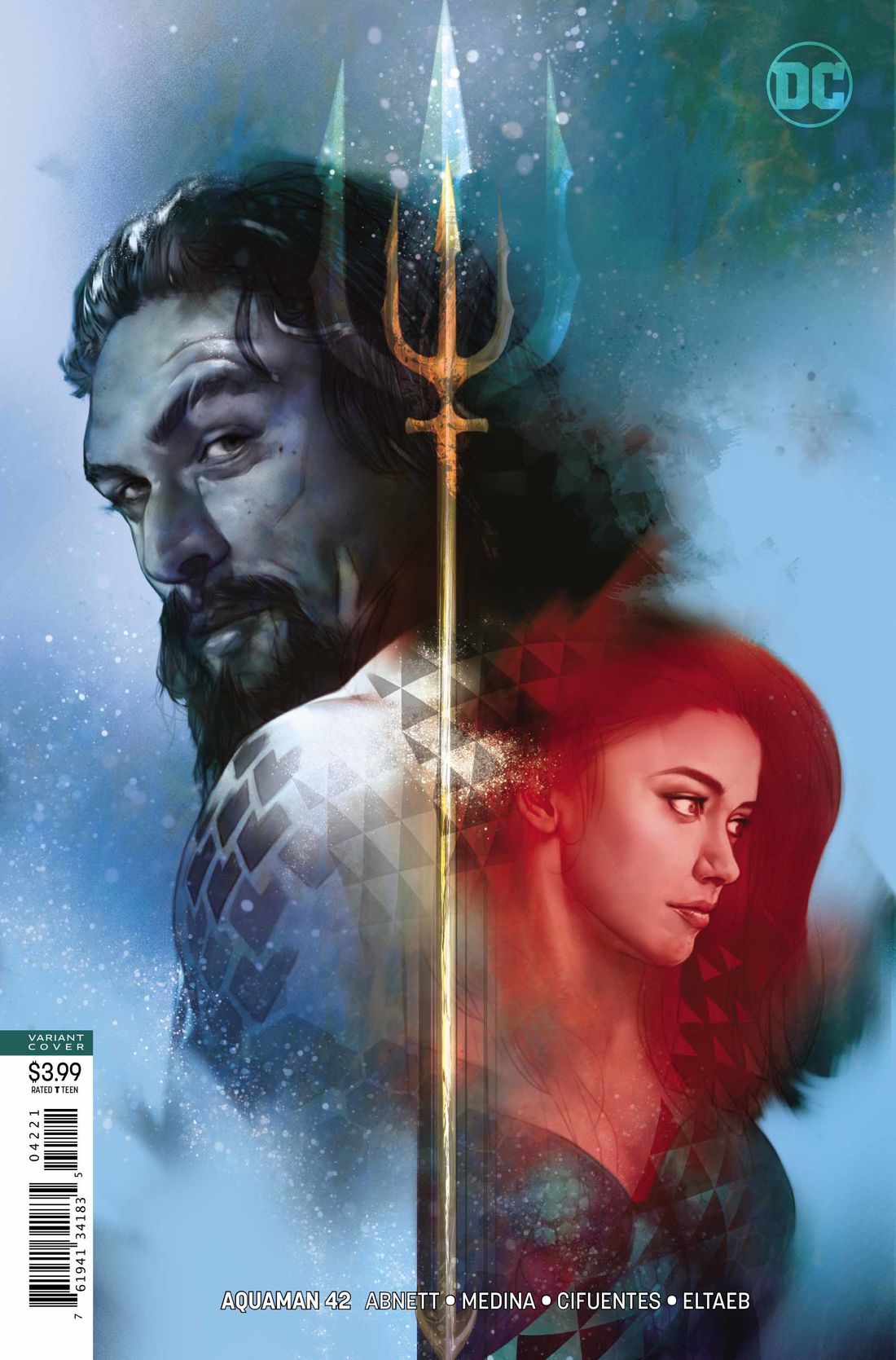 Will Aquaman have to put Arthur Curry aside to be the hero that he needs to be?

Arthur has barely escaped the wrath of the sea gods with Diana rescuing him from certain death. Their escape takes them to Poseidon himself where Arthur asks the sea god to restore his powers to him. Poseidon answers by skewering Aquaman with a trident and leaving him for dead.

Arthur awakens on a sea of blood in a small boat with his deceased father. As father and son reunite, Arthur learns that this is the most important test he will ever face and at the end of it, he must decide whether or not he’s going to grow up and be the hero he needs to be or if he will give in the fear and doubt that is holding him back. Everything that he sees in this test from Ocean Master to Black Manta is there to stop him on his journey and it is going to take something unexpected to get the king of Atlantis back on his journey and ready to save the world.

This was an interesting and well-done story with a heavy, emotional tone. Dan Abnett is creating a situation for Arthur where he has to finally make a decision about his priorities. Does he continue to be the wandering adventurer or does he become something more? It is a well-written story as well with some touching dialogue between Arthur and his father. While it doesn’t move the bigger Drowned Earth storyline along, it does a good job as a tie-in to being Aquaman back to the story with a renewed sense of purpose.

Lan Medina’s art is haunting and beautiful in this issue and there are some great details in the panels. A great looking book above everything else.