Pittsburgh, PA traditional metal force ARGUS have released the lyric video for “You Are The Curse“,which is taken from their forthcoming From Fields Of Fire album. 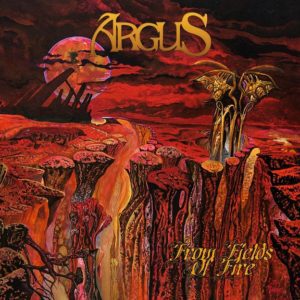 Pre-order From Fields Of Fire HERE

Comments vocalist Brian “Butch” Balich: “‘You Are The Curse’ was the first song we wrote for From Fields Of Fire. Dave [Watson, guitar] brought it in and it immediately fit. I knew we had exciting things coming for the album when it came together. It’s classic ARGUS and a good song to introduce From Fields of Fire to our friends worldwide. It’s an up-tempo, rhythmically aggressive but melodic song shot through with dark undertones. Lyrically, this song deals with the idea that sometimes we need look no further than ourselves for why things go wrong in our lives…as you sow so shall you reap. It’s been a live mainstay for about a year-and-a-half and one we expect to play often.”

To coincide with the release of From Fields Of Fire, ARGUS is embarking on a nine-date European tour with Chicago high-energy rock heroes HIGH SPIRITS. The tour kicks off September 8 in Dornbirn, Austria, culminating with their September 16 appearance at the Storm Crusher festival in Püchersreuth, Germany.

Have you seen this:
Lucasfilm Fires Gina Carano 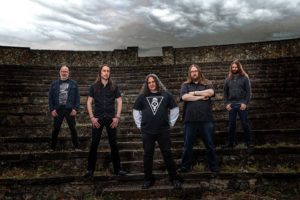