This episode of Arrow sees Oliver finally learn the identity of Prometheus as none other than Adrian Chase. After traveling to a mountain top temple, Oliver confronts Talia who reveals to him that she is the one who trained Adrian Chase. When Oliver asks why she would do that, she confesses that her last name is Al Ghul which means that Oliver killed her father 2 years ago just before Adrian Chase came to her seeking revenge against The Arrow for killing his father. 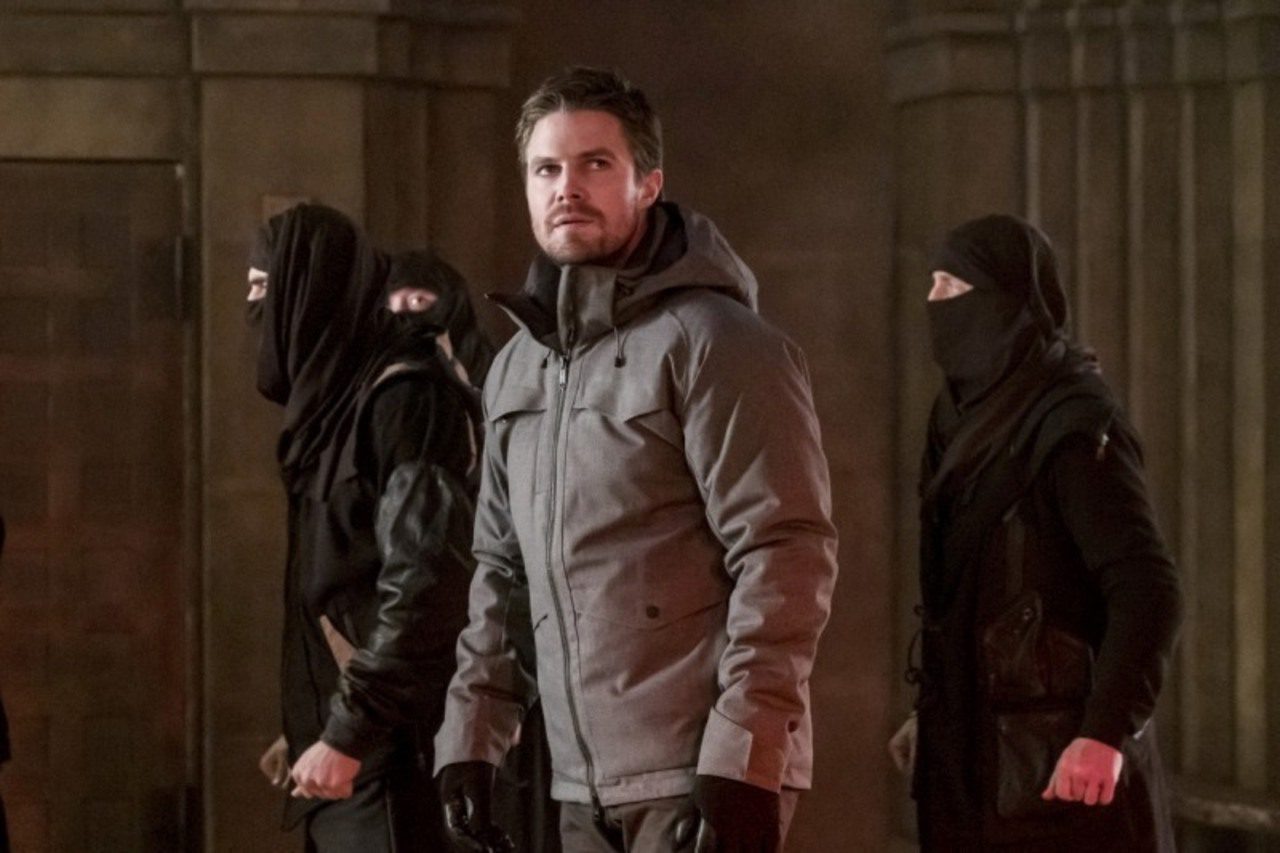 Oliver returns to Star City and confronts Adrian who gloats about being 10 steps ahead the entire time and also tells Oliver that he is holding Susan Williams hostage so if Oliver kills him, then Susan also dies since he is the only one who knows where she it. meanwhile, the team is unable to contact Felicity because she is off getting to know her new friends in HELIX. She asks them for access to information that may help track down Susan’s location but they will only help if she helps them crack an NSA database on divert a U.S. Drone for them. Green Arrow and Spartan invade Adrian’s home to try to talk to his wife but Adrian anticipated that move as well and has the SCU waiting for them. Oliver and Diggle manage to escape but it puts them right back at square one in their standoff with Prometheus. 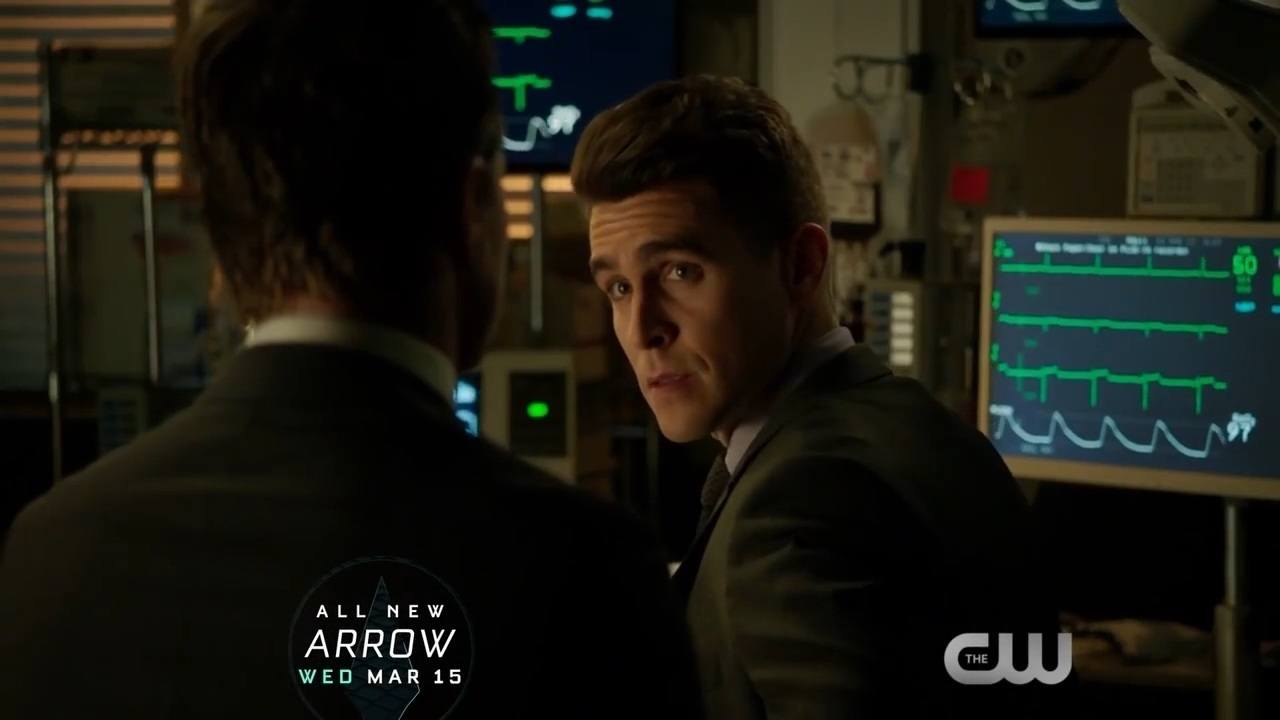 Felicity & Curtis manage to track down Susan’s location Oliver asks Diggle to make a stop on his way to the warehouse where the rest of the team goes to free Susan. After a small bomb goes off trapping Black Canary and Wild Dog, Green Arrow rescues Susan and finds Prometheus who takes off his mask in front of Oliver just as Spartan arrives with Adrian’s wife who is horrified to learn that her husband is “The Throwing Star Killer” (AKA: Prometheus). But rather than taking the chance that she could ruin his plan for revenge against Oliver, Adrian stabs his wife and kills her. Mr. Terrific manages to free Black Canary & Wild Dog and Spartan is able to get Mrs. Chase’s body outside but, after a fierce battle between Green Arrow and Prometheus, Talia shows up and disables Oliver with a drugged arrow to the leg.

Adrian returns to work claiming that Green Arrow killed his wife as revenge for City Hall’s tough stance against him and, with Oliver missing, there is nothing the team can do to stop him. Oliver awakens to find himself chained in a cell where Adrian promises to make him suffer as Talia looks on confirming Anatoli’s warning of what “this woman” and her ideals would end up doing to Oliver during the flashbacks to Russia.

Have you seen this:
The Night House with Rebecca Hall (Interview) 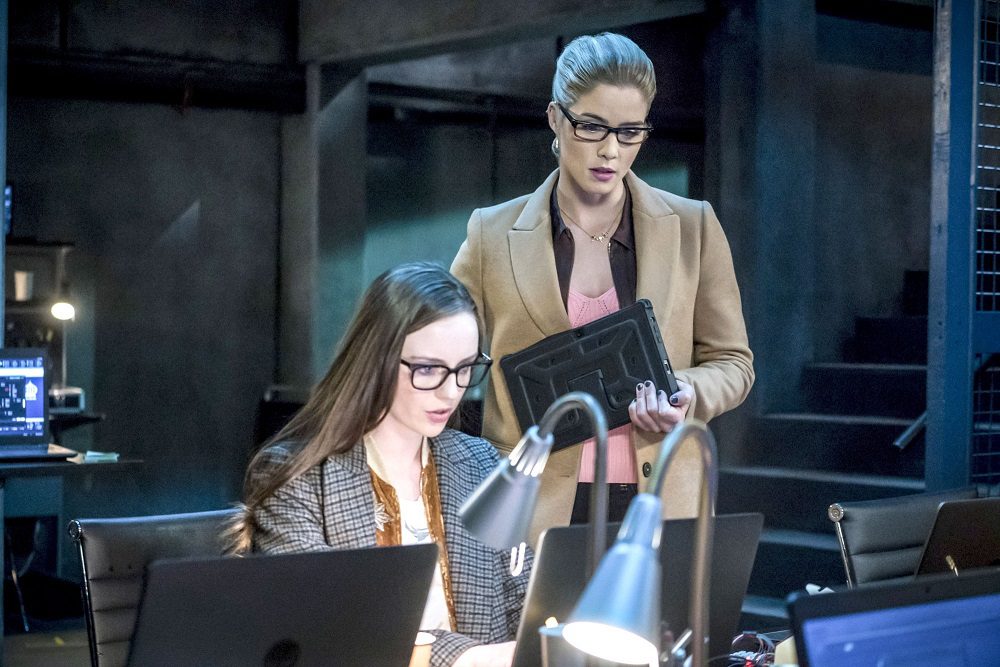 Overall, this would a very solid episode with some great scenes and plot development leading up towards the big finale (which is just 5 episodes away!!). Josh Segarra is perfect in his portrayal of the smug, cutthroat, newly revealed Prometheus in a “makes-you-want-to-punch-him-in-the-face” kind of way. (Trust me, that’s a HUGE compliment.) Paul Blackthorne is always outstanding as Quentin and I am intrigued by the new direction they are taking with Felicity’s character. I’m glad to see that they are bringing her into a different setting other than the team’s stalwart tech genius and beginning to explore a new angle of her character while playing upon her hacktivist roots. Here’s hoping that the season finishes strong!