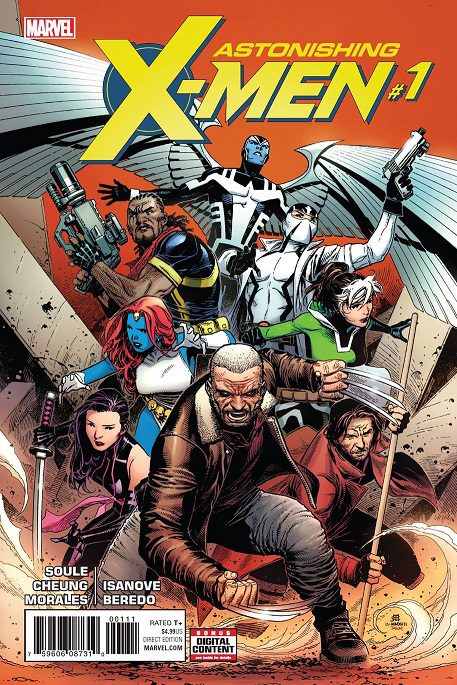 Any good X-Men story starts out with an introduction to the characters that are going to be in the book, and this issue is no different. We have Psylocke, Bishop, Angel, Logan (the Old Man one), Gambit, Fantomex, and Rogue. I love this team because it reminds me of Remender’s run of Uncanny X-Force. When Fantomex is written right (which so often he isn’t) he is one of my favorite characters. I feel like we haven’t seen Bishop in so long, so it’s great to see him involved. And Gambit is always a pleasure. I hope I’m going to enjoy Gambit and Fantomex’s dynamic in this run. The two characters can be very similar, so hopefully, they’ll be written in a way where they work off of each other well.

We open up to psychics all of the world being attacked and killed. Whatever has been attacking them is now attacking Psylocke, and winning. Fortunately, 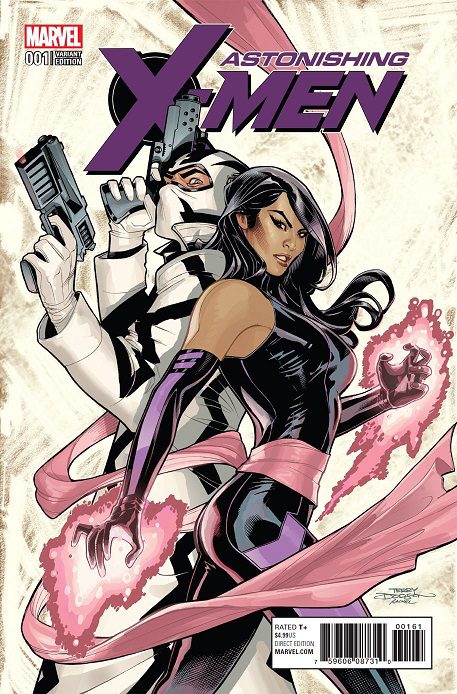 Psylocke is able to send out a psychic mayday to some of her X-Friends (X-Friends could be the title of a book I would read the hell out of btw). Someone has taken control of her body and powers, and they are attacking the city of London.  The X-Men converge on her location, and Rogue and Bishop are able to steal and redirect Psylocke’s psychic power, stopping the attack, or so they think. During the attack, Psylocke is able to find out that it is none other than Amahl Farouk, better known as the Shadow King. He’s been locked away in the Astral Plane but has become powerful enough to possess a psychic of Betsy’s caliber, which means he could take control of almost any psychic on earth. Psylocke insists that this is of the utmost importance, the Shadow King must be stopped immediately.

Have you seen this:
FUTURE STATE: AQUAMAN #1 (REVIEW)

The X-Men joined by Beast who was also called by Betsy, are going to the Astral Plane. Angel and Bishop will stay behind to guard them, but the rest of them will head into the Astral Plane, where The Shadow King is waiting.

This was a really fast passed setup, which is kind of what I want in a first issue. The stakes are high, and I’m looking forward to seeing where this takes them. The final page reveal is excellent (I’ll keep it a secret so you can experience it yourself). The villain is exciting and dangerous. I’m excited to see what it all means and what it all leads to.