Australian Death Metal quintet IN DEATH have brokered a deal with Plastic Head for the official release of full-length debut album The Devil Speaks. The album will be released on April 21. Pre-orders are available here. 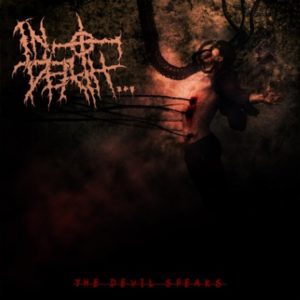 Vigorously honing their craft as a live act since August 2008, two crucial elements have developed within the band that now form part of the unofficial band ethos: Tight performances packaged with energetic delivery. The result can only be described as a whirlwind of energy punctuated by an intensely accurate technical punch.

IN DEATH combine overwhelming power and groove with subtle technicality and some unexpected twists to deliver a package that can not only cause frenzy among seasoned metal-heads, but also bring new fans to the metal genre with horns held high and banging heads.

IN DEATH… now established as a force to be reckoned with, is growing not only in stature, but as creative artists. The band’s debut full length album features more varied influences compared to the Thanatos and self-titled EPs.. Some new material has a more pronounced progressive side, which is a natural progression as artists grow, but the band is always mindful of never letting the ever growing fan base down. There are certain things that must be expected when you come to an IN DEATH show, and they want to give the people what they paid for! In this case, Death metal with a groove so intoxicating, you just can’t help but bang your head!

Have you seen this:
DC’s CRIME SYNDICATE RETURNS!

The band has released an official video for album track “Bow to Your Master.” Enjoy!