Like most modern gamers, my backlog is far too large.

Between the games I bought years after they released, games I’ve been interested in trying but haven’t gotten around to, and new games that keep coming out, I’m never lacking in content to play. And as an adult 5 years out of college and working a full-time job, my backlog is always growing.

Even though it’s nowhere near this large, sometimes my backlog feels like this.

But there’s one game in particular that had been sitting in my backlog for far too long and needed to be finished: Metroid Prime 2: Echoes.

There are two parts to this game for me. In 2008, after having finally played through the first Metroid Prime (rather, just before facing the final boss), I picked up Prime 2 for Gamecube. When I finished the first Prime, I started into 2 immediately. I played consistently for months (between school, work, and spending time with my then fiancee, now wife) and made it halfway or more through the game. I reached the Spider Guardian (notoriously one of the most difficult in-game bosses) and could not get past it. After several tries, I gave up and didn’t pick the game up again.

Fast-forward to 2010, when I was able to get a copy of the rare (though not as rare as today) Metroid Prime Trilogy Collector’s Edition for Wii. I decided that I’d start Prime 2 from scratch with the new control scheme. I played a short way into the game before setting it down because of the stress of redoing everything I had done previously.

And nearly 5 years later, with the release of the Metroid Prime Trilogy as a digital download for Wii U, I decided to finally pull out my disc version of the games and get back into Prime 2.

Metroid Prime 2: Echoes, though certainly the most difficult of the Trilogy, is an excellent Metroid game and well worth the time it takes to complete, whether playing on Gamecube, Wii, or Wii U.

As with any Metroid game, Metroid Prime 2: Echoes is an adventure title in which as the hero, Samus Aran the bounty hunter, you are set with exploring a large, detailed world full of enemies, secrets, and power-ups for your suit. You’ll obtain a wide variety of upgrades, including one that enables you to double-jump, the ability to fire missiles (which, when locked on to enemies, track them and usually will hit their target), a chargeable energy beam (used for both larger damage output and drawing in both restorative items and missiles to refill your supply), and special visors enabling the scanning of objects and enemies in the environment (for more detailed information) and other things not seen by the naked eye. Of course, these are just a small number of upgrades you’ll receive throughout the game, most of which have application for unlocking doors, solving puzzles, and finding secrets throughout the world. Prime 2 also maintains a first-person perspective like the other two games in the Trilogy and as with them, is best classified not as a first person shooter but a first person adventure.

Just one of the many environments in the game. This particular spot housed a hidden energy tank (and was a pain to get to).

But what separates Prime 2 from the other games in the Metroid series is the split-dimension mechanic. Samus spends a great deal of time moving between the Light and Dark versions of Aether, the latter of which has an atmosphere that constantly drains her energy unless she is standing in domes of light (which both protect her from the harsh environment and slowly restore her health). The nature of Dark Aether’s atmosphere (and the fact that the environment and monsters are very dark and sometimes a bit creepy) gives it a certain stressfulness and urgency that is absent in the Light dimension. In fact, the biggest reason I stopped playing for so long was because of how stressful Dark Aether could get. But once Samus receives certain upgrades for her suit, the atmosphere of Dark Aether becomes less of an issue and eventually, not an issue at all. This promotional image for the original release on Gamecube shows the three different suits obtained in Prime 2.

The mechanic of transitioning between the Light and Dark dimensions of Aether serves a purpose, of course, both for the story and for solving puzzles. While I won’t delve into the story, the puzzles sometimes require transitioning between dimensions as certain objects are torn between dimensions and require visiting one dimension to activate them in the other (like moving bridges, for example). Some rooms will exist in one dimension and not in the other (in general the Light dimension has more to it than the Dark) and sometimes things like dimensional portals will exist in the Light dimension version of a room, but not in the Dark and vice-versa. As such, thinking outside the box is often required.

Beyond the unique dimension-switching mechanic of this particular Metroid, the gameplay is largely what it’s always been, and that’s a good thing. There’s still a lot of back-tracking and using newly acquired weapons and/or upgrades to access previously inaccessible areas, but that just makes the environments feel more complex and gives more reason to come back to previously visited areas. Every boss that gives an upgrade to Samus’ suit is a bit of a puzzle. There’s a good challenge for people who want it (and on the Trilogy, both Normal and Veteran difficulty can be selected from the start), but at least on Normal, it’s never insurmountable.

There’s also two multiplayer modes: Deathmatch and Coins. Deathmatch has up to four players battling it out against one another by collecting power-ups in the environments and taking each other out until time runs out; the person with the most kills wins. Coins mode has each player starting with a set number of coins; these coins are lost as players are hit and more can be collected from chests around the stage. The player with the most coins in the end wins.

The Deathmatch multiplayer mode is decently fun, but certainly not a necessary game feature for Metroid.

Neither of the multiplayer modes are particularly special or needed, but they’re significantly better on the Wii version than the Gamecube version. They can be fun, but once again, they’re completely unnecessary and neither subtract from or add to the experience of the game.

While Metroid Prime 2: Echoes’ graphics are certainly not going to blow anyone away (when compared with modern games), it’s still a great-looking game with beautifully crafted environments full of detail. Light Aether feels like a real planet with a wide variety of environments ranging from caves and deserts to waterfalls and underwater tunnels. Dark Aether is, as expected, dark and creepy and gives a constant uneasiness which remains even when the atmosphere no longer damages Samus. The variety of enemies give the two dimensions of Aether an even more unique feel as Samus ends up facing both the indigenous creatures in the former and the shadowy, gooey Ing (the main enemy group of the game) in the latter. The Ing (the main enemy of the game) are an unwelcome presence at any point in the game and add to the overall tension of Dark Aether.

The music is always appropriate, never distracting. Each area (of which there are four main areas in each dimension and the Great Temple in Light Aether) has its own subtle yet memorable theme and the music appropriately amps up when encountering enemies or facing bosses. The environmental sounds (especially when playing with surround sound) do an especially good job at making the game more immersive.

The frame rate is also consistently at 60fps with only a few rare dips below that, which is especially impressive for a game originally released in 2004. The only real issue that comes up is the speed at which the doors open (a problem which seems to be much less an issue in the downloadable version of the Trilogy on Wii U). The resolution only goes up to 480p, so it doesn’t look as sharp on 1080p screens as on 720p or lower resolution screens, but it’s still a great-looking game overall.

The game plays extremely well both on Gamecube and on Wii, though the Wii controls for the Trilogy (Wii remote and nunchuck  required) give the option for free-look while moving that was absent in the Gamecube version. The Wii controls also enable the morph ball jump with a flick of the Wii remote, giving a secondary (and very helpful) option over the morph ball bomb jumping that was always required previously. The downloadable version on Wii U is the same as the Wii disc version, but with improved loading times when opening doors (which only sometimes open slowly) and the ability to play the game on the Gamepad (a Wii remote and nunchuck are still required).* Both the Wii disc version and the Wii U downloadable version are in default widescreen resolution, whereas the Gamecube version is not unless component cables are used (either on Gamecube or Wii).

It’s also important to note the difference in cost. For those wanting to collect the original Gamecube version, it’s possible to sometimes find a used copy for $30-$40. The Wii version of the Trilogy (on disc) can range from $50 to much higher (depending on whether it’s the Collector’s Edition metal case or the regular plastic case). The cheapest option (and the best, in my opinion) is buying the game digitally on Wii U (if you own one), as the Trilogy is only $20 (and was only $10 during its first week out, leaving open the possibility for that low price to come back again in the future). 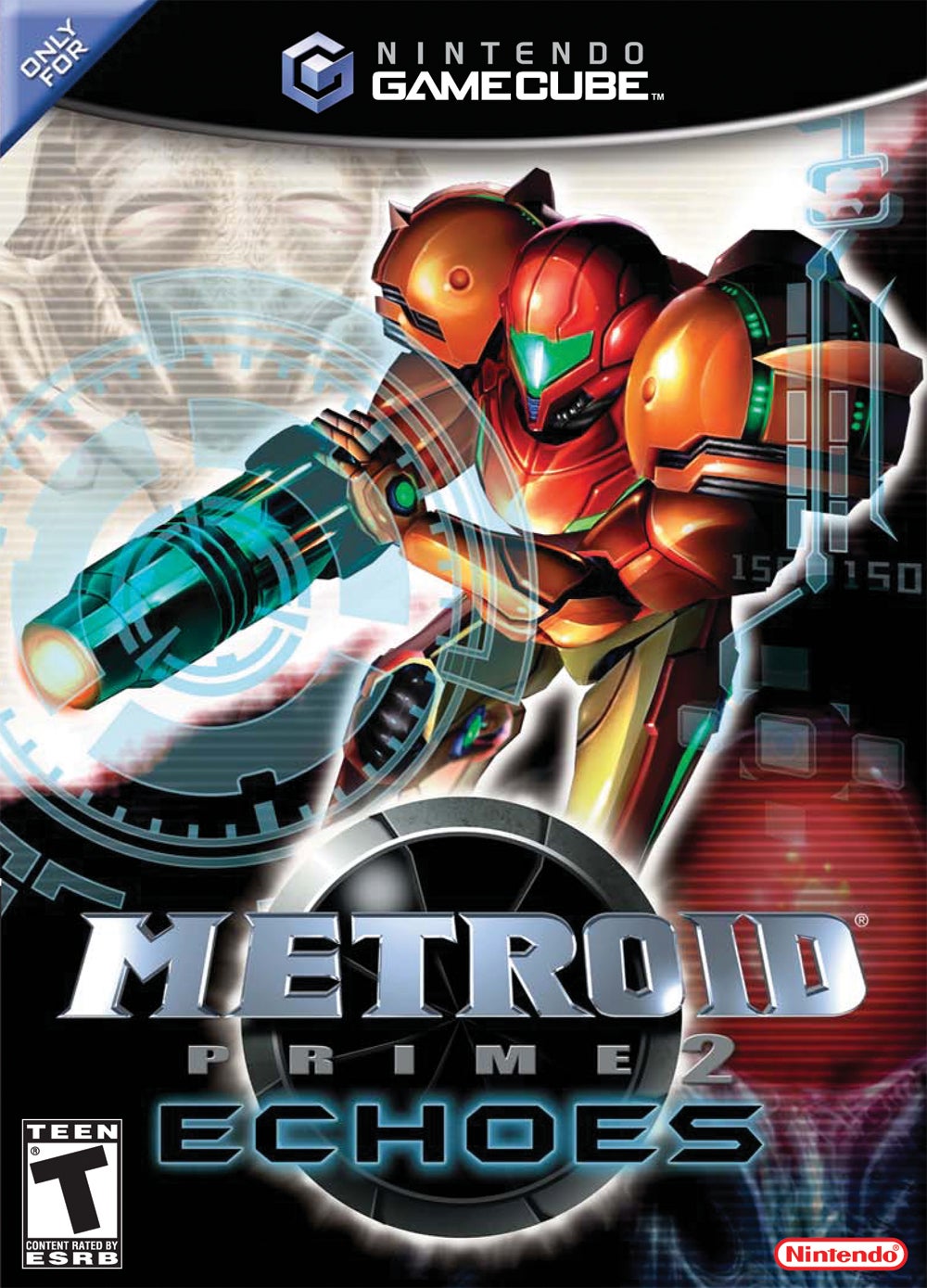 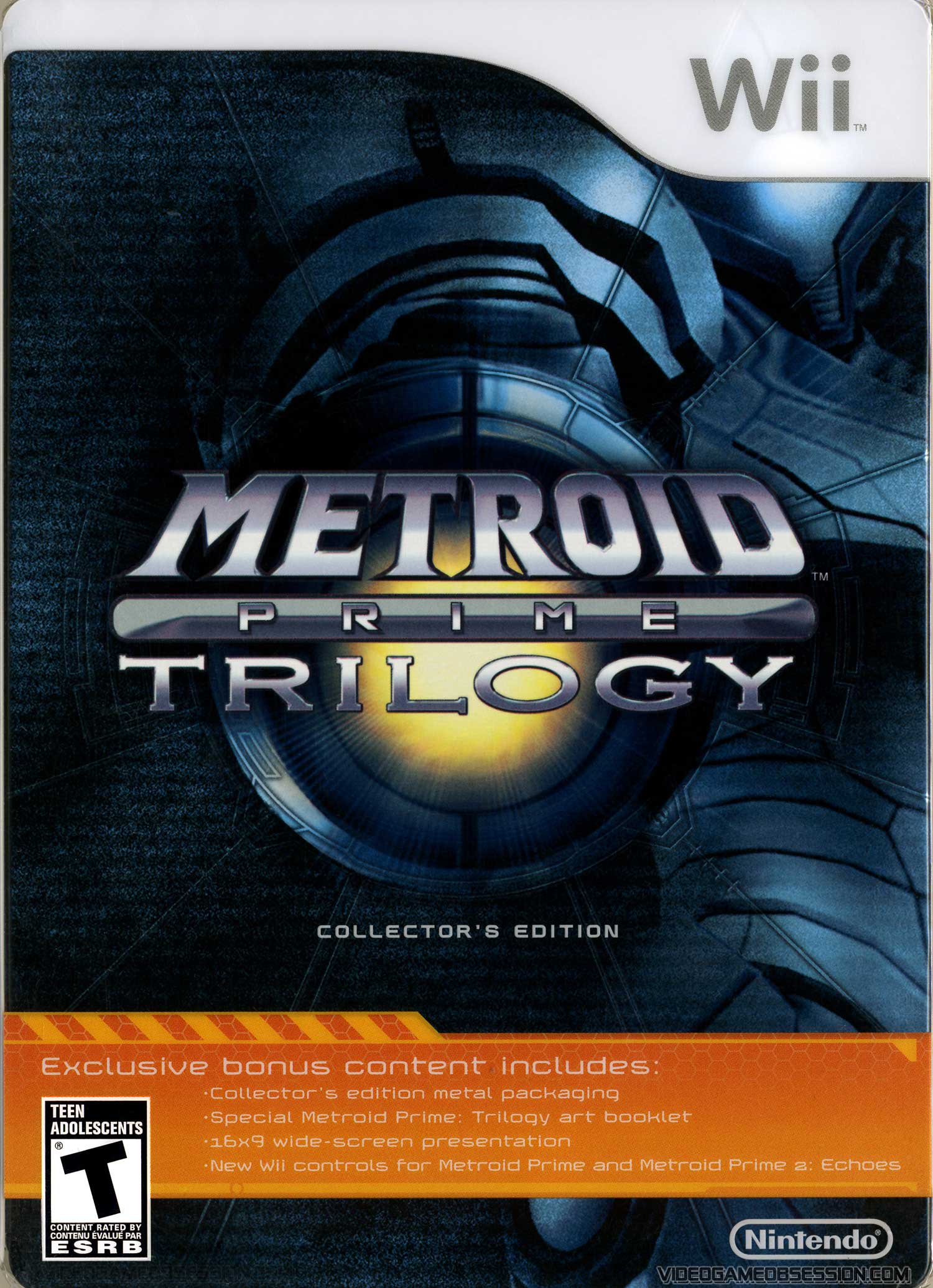 Metroid Prime 2: Echoes, while more difficult than the first or third games in the Prime series, is a must-play for fans of the Metroid games and/or fans of the (Metroid-vania) game type. With an incredibly immersive environment, fluid controls on either version of the game, and a 20-plus hour campaign, this is an excellent game in the Metroid series and a great transitional title between the first and third games of the Prime Trilogy. Anyone who owns a Gamecube, Wii, or Wii U should absolutely play this game.

*The Gamepad has a built-in sensor bar of sorts, so it does work reasonably well, but it’s not ideal unless a TV is unavailable.