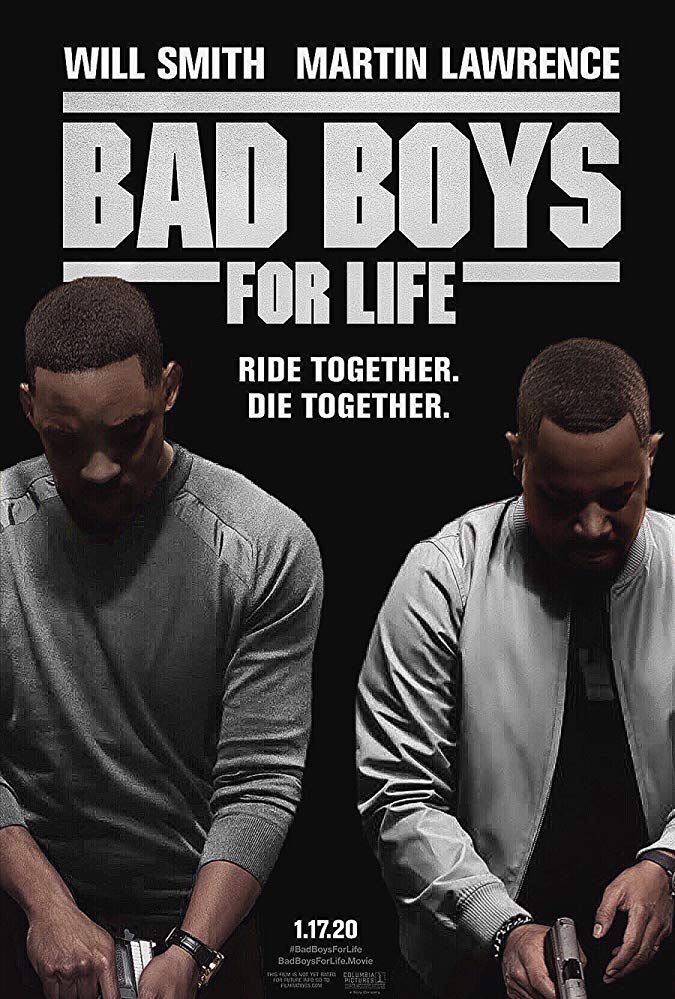 I often assign myself “homework movies” before attending a film screening, and watching the first two Bad Boys movies was one of the few times it truly felt like work. Despite the endearing chemistry of Martin Lawrence and Will Smith, both films suffered from a proliferation of sitcom-style humor, action sequences bereft of tension or consequence, and an undercurrent of cruelty. I did not look to Bad Boys for Life with excitement.

Which is why I was so delighted to be proven wrong. Bad Boys for Life identifies all of these problems and sweeps them away with unerring precision. To be sure, there is the standard corny dialogue and boilerplate plot that’s found in any buddy cop action movie, but the most glaring flaws are corrected. There is nary a single gratuitous ass shot to be found anywhere. The plot is lean, sharp, focused, and surprisingly moving. And boy are the action sequences exciting! They are competently choreographed, easy to follow, and have clearly defined stakes set out before the audience. As a consequence, the audience has a reason to care about what may happen to Mike Lowrey (Smith) and Marcus Burnett (Martin Lawrence).

If the previous Bad Boys films had any strength, it was in the pairing of Smith and Lawrence. No matter what awful dialogue or flaccid attempts at humor occurred, the charisma of Smith and Lawrence was enough to make either film at least watchable. Filmmakers Bilall Fallah and Adil El-Arbi (credited as Adil & Billal) clearly understood this, and wisely sought ways to expand upon it.

Firstly, they show that Mike and Marcus are not invincible anymore. Marcus is now a grandfather, and worries that age may be finally catching up to the both of them. Mike, meanwhile, still believes that his best years are ahead of him. In his own words, “I want to nail bad guys until I’m 100.” It creates a wedge between the lifelong best friends, and is probably the first time that Mike and Marcus’s relationship has been used for more than laughs.

Though the humor is still strongly pronounced here, and the duo are ably helped by the addition of a new special forces team named AMMO (yes, the film still carries that trademark Bad Boys subtlety). Bad Boys for Life, much like the recent installments in the Fast and Furious and Mission: Impossible film franchises, unlocks a great deal of potential by giving its heroes a team to work with. Alexander Ludwig is a particular standout as the team’s musclebound tech expert. The writing for his character Dorn is surprisingly thoughtful, and Ludwig makes his vulnerability believable.

As I mentioned, the film is not perfect. It follows the necessary beats of an enjoyable action movie with almost workmanlike precision, and the soap opera-like dialogue can cause someone to roll their eyes.

But that also gives it a unique charm. Bad Boys for Life is entertaining, unapologetically goofy, and a welcome return to form for both Lawrence and Smith. Unlike the previous two films, I watched the credits roll with a smile on my face. And found myself hoping for more.