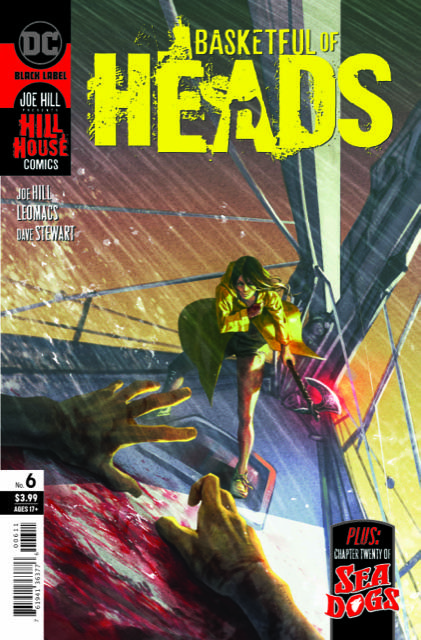 Everything is starting to unravel and getting to how deep Liam was in exposing the drug ring on Brody Island. June is adding to her collection and finding out how corrupt the island and its locals really are. June is starting to question how faithful Liam really is with all his secrets.

The story is moving at a rapid pace. As we are drawing towards a conclusion all the little bits are rolling out and tying everything together for the final confrontation between June and Chief Clausen. Liam is shown how he was able to infiltrate Brody and gain the trust of all the people involved in the drug ring.

Hill is delivering fast pace recaps and is keeping the narrative on the right path. Having to build a story and have all the conclusions keep a consistent pacing is difficult. The way everything begins to come together in this issue builds excitement for the next one. The biggest strength was the building of the relationship of the characters. This was important as the reader can see how the town folk were fooled by Liam in different ways.

Leomacs continues to impress with the art. When given any environment or situation, he nails them. There are severed heads showing emotions with not just their face but with their whole head is a testament to his skills. Just like the last issue, he is able to handle the constant change in location and use it to his advantage. Going from a Greenhouse to a boat in the rain really tests limitations and there might not be anything Leomacs can’t handle.

When Basketful of heads was first announced it seemed like it would be another Hack/Slash and that’s the furthest from the truth. Hill and Leomacs have crafted a story and as each issue comes out it is starting to become a constant to read and review because of how good it is.