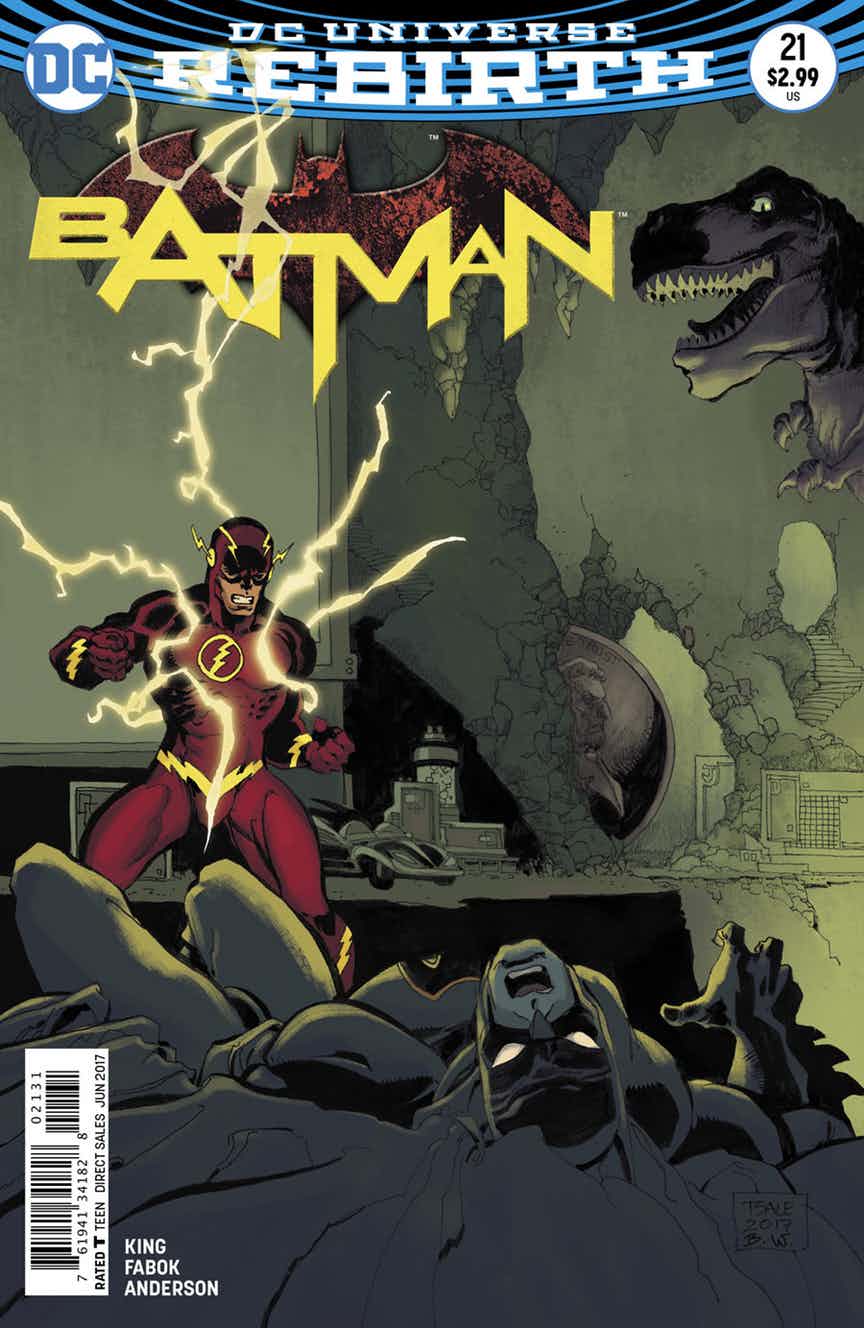 After the conclusion of “I Am Bane,” Batman is looking ahead to something that couldn’t be much more different from his masked and brutish villain. While this newest issue of Tom King’s run is an immense departure from the first few issues, it’s at the same time something that’s been hotly anticipated. If you read the Rebirth preview way back last year, you may recall an apparent Watchmen teaser. The fruits of that foreshadowed seed are now beginning to sprout, or at least I think so.

This latest issue feels like it might be somewhat polarizing. There’s no doubt the pacing and art created in tandem from King and Fabok is once again top notch, but I must admit 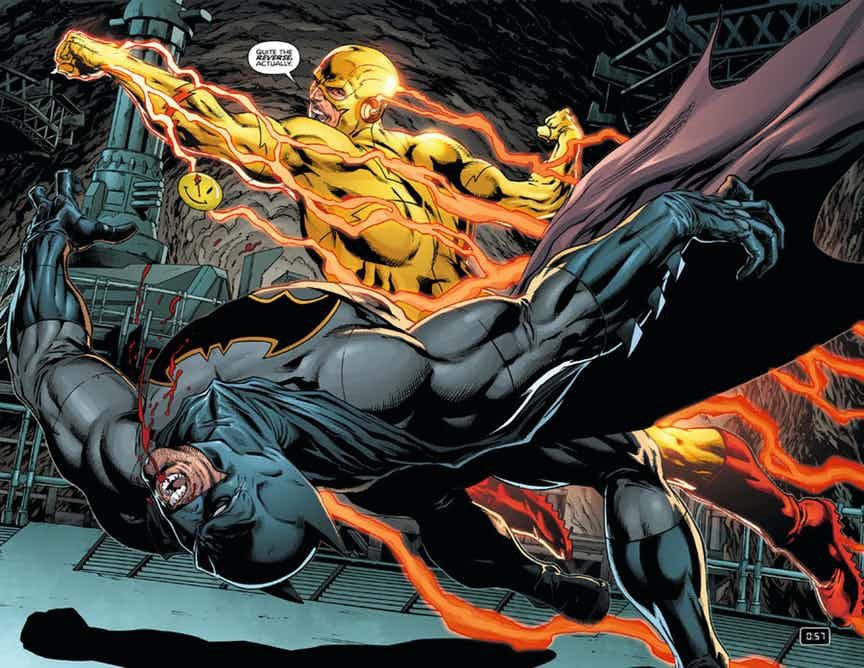 Batman purists like me that sort of like to pretend Batman exists separate from the Justice League’s magical mythos may find it harder to get into this latest issue. Familiar friends and foes emerge in stylish sequences throughout the breakneck issue, but with them come some of the sci-fi leanings most superheroes, but importantly not Batman, are known for. With this sort of arc coming up, those readers that prefer Batman being a detective hunting down the criminally insane — but not the magically endowed — will find themselves stuck between two worlds, rather appropriately given the events of this issue.

Without question, Batman #21 is mysterious, tantalizing, and all around well written. It also begins to unravel a storyline merely hinted about almost one year ago. But with all that good, those seeking the normally realistic and grounded Batman stories he’s mostly found within will need to adjust. It’s going to get very weird, and so far it’s at least fun, but it’s also going to be unlike anything else Batman has been a part of, and it remains to be seen if that’s for better or worse.