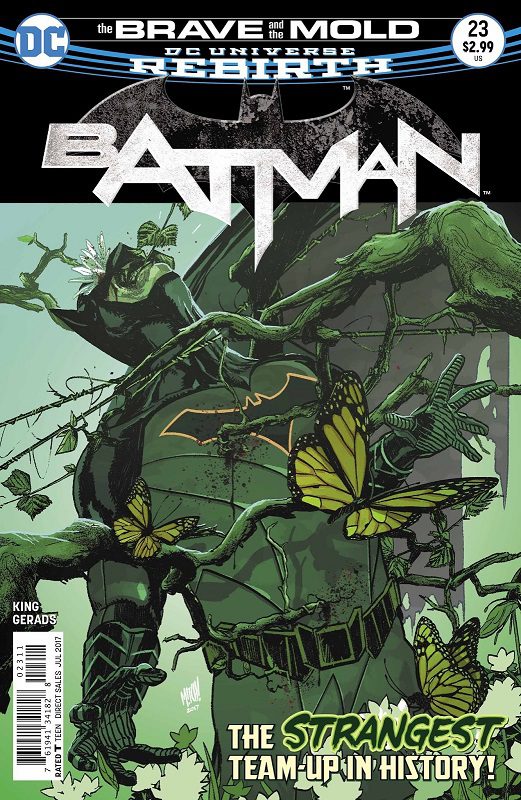 Batman #23 reunites King and Gerads for what seems to be a one-off. If this were The X-Files, we’d call it a “monster of the week” episode, and in this case, the monster is Swamp Thing. Batman and the walking quagmire team up to track the one responsible for whoever killed Swamp Thing’s father. If you’re into one-off issues, there’s enough good here to make it worth the investment of time, but for me, it was all a bit distracting given how intense the recent arcs have been.

This issue, despite touching on some heavy material, definitely keeps things light. It seems when Gerads and King get together that’s the end result, as we saw more of this tone in the recent mini-arc, Rooftops. The humor feels a bit misguided given the dead seriousness of Bane and the subsequent “Button” storylines we’ve been seeing as of late. Having said that, for a one-off, the tonal shift is much more acceptable and the comedy lands often. (Why does Batman need a car?) 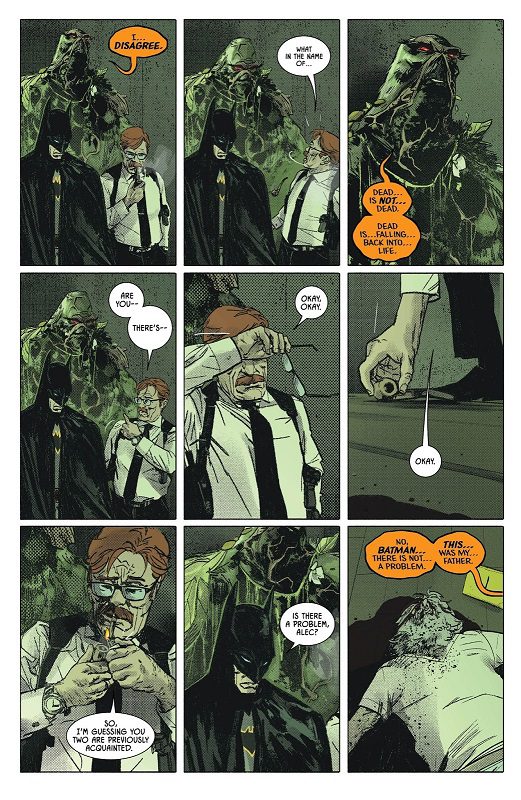 Gerads’ art is the best part of this issue. His less than mainstream approach is always welcome to a mainline series like Batman, even when he again returns to the mill of featuring goofy villains. The downside to this brief experiment is how quickly it’s forced to move. Broken up into title sequences much like a silent film, the “parts” rarely felt like appropriately sized parts. With so much at stake in the true ongoing arc with Batman and The Flash, or the Bane fallout, it’s probably best we didn’t step away for more than this single issue, but if it’s going to feel so rushed you have to wonder why do it at all? This one-off may have been best served with an entirely different story. One more fitting of the 20-page limit it was granted as a filler between more major issues.

Still, the art is gorgeous, which is half the fun (and purpose) of this medium. And the ending is at least poignant enough to warrant pause and thematic reflection, which is saying a lot for a lighthearted issue heavily featuring quite a goofy duo.