The latest Batman, issue 31, does something no story surrounding the hero has ever done before for me: it makes Kiteman tolerable. I know the character is polarizing, and personally, I’ve always sat on the side of the spectrum that finds him difficult to enjoy. Obviously, he is meant to be taken as a bit of a joke, and some people love that about him. I’ve never been on board however, but this arc slowly, and this issue more rapidly, has changed that, at least for now.

When I reviewed his centric issue a few weeks ago, I came down pretty hard on the story. At the time it felt like a comedic interlude that wasn’t on the mark for tone or timing. The last few issues, and especially this one, have transformed him, if only briefly, into someone I can root for, which allows me to join the ranks of the 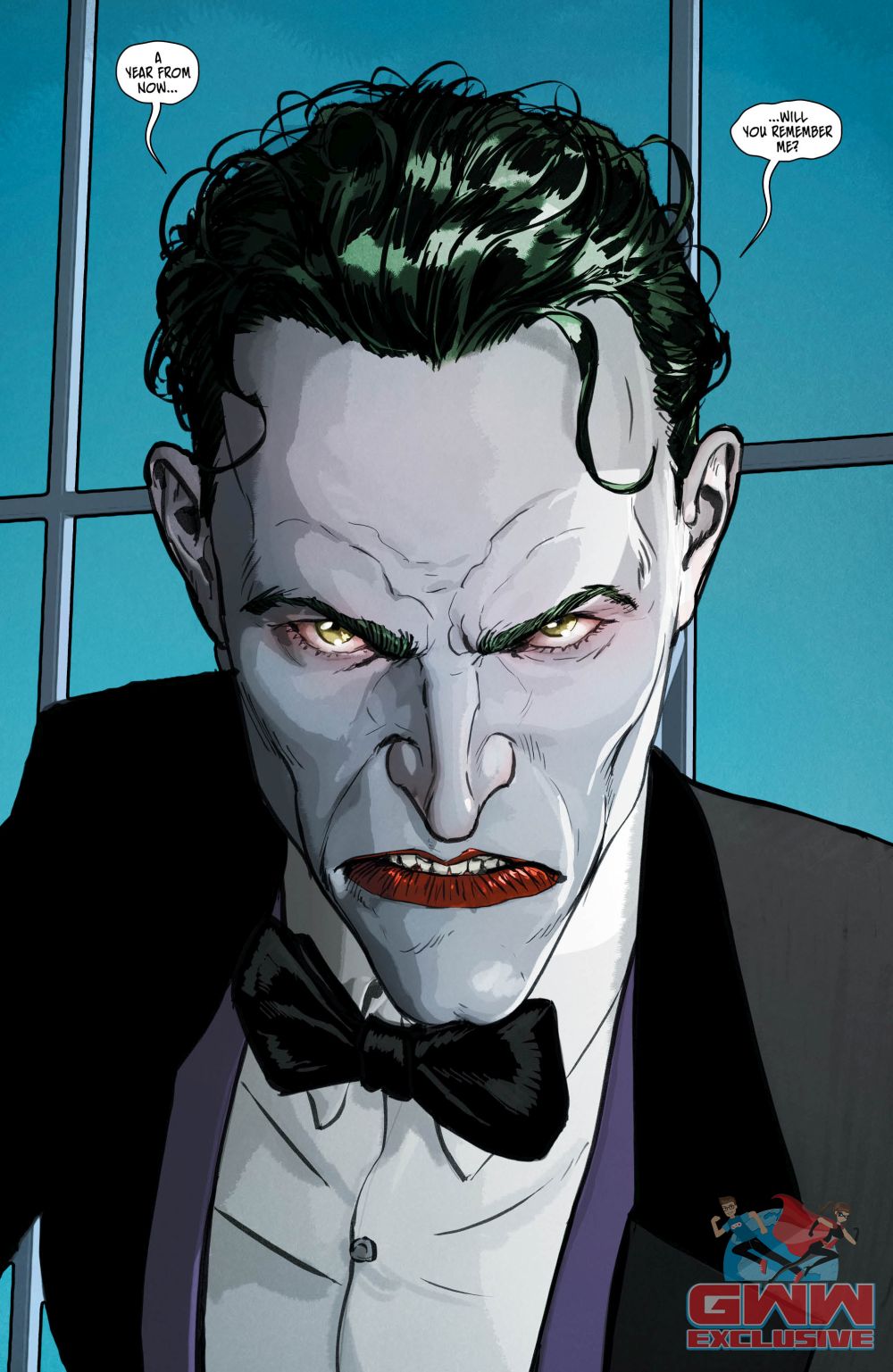 Kiteman faithful I’ve for so long failed to understand. His inclusion in Batman’s plan to round up all the villains in the massive war is another great moment for the titular hero, but gratitude for Kiteman is inseparable. It’s funny in a way, certainly funnier than he’s ever been himself, how Tom King managed to link him to Batman this way to make him cool finally.

This issue, and arc as a whole, has gotten less like a superhero movie and more like a comic as it’s gone on. I guess that’s a fair assessment considering it is actually a comic, but I admit I did like it better when it felt like it was setting up a more Hollywood-appropriate scenario. The action feels like a big DC movie, but the dialogue is firmly planted within the comic culture. I guess Joker and Riddler always invite more of that and it’s an uphill battle to make those characters movie-ready, but it’s been done (at least for Joker) so that tells me it’s ultimately not what King is going for, which is fine, just less than preferred and somewhat disconnected from the early parts of this story.

Issue 31 is a mixed bag for me. It’s drifting from what I liked about this arc to begin with but it also does something exciting and new, which is always worthy of commendations in a character nearly a century old. If you already loved Kiteman and really liked the last few issues, this latest issue will probably seem fantastic. I didn’t feel as strongly, but I do admit sometimes it seems I’m the only one who doesn’t want Kiteman around.

Have you seen this:
DC Horror Presents: Soul Plumber 1 (Review)