Batman has his back against the wall and the whole world is watching! GWW has your exclusive preview of Batman Beyond #17, hitting shelves February 28th.

“The Long Payback” part four! Following his defeat at the hands of Stalker, Batman is delivered into the arms of the mysterious villain pulling all the strings—someone he never expected! Humiliated by past defeats, this deadliest of enemies wants to drag Batman through the streets of Neo-Gotham en route to a public execution. With Bruce Wayne hampered by injuries, the rescue mission falls to a complete unknown, with dire consequences! 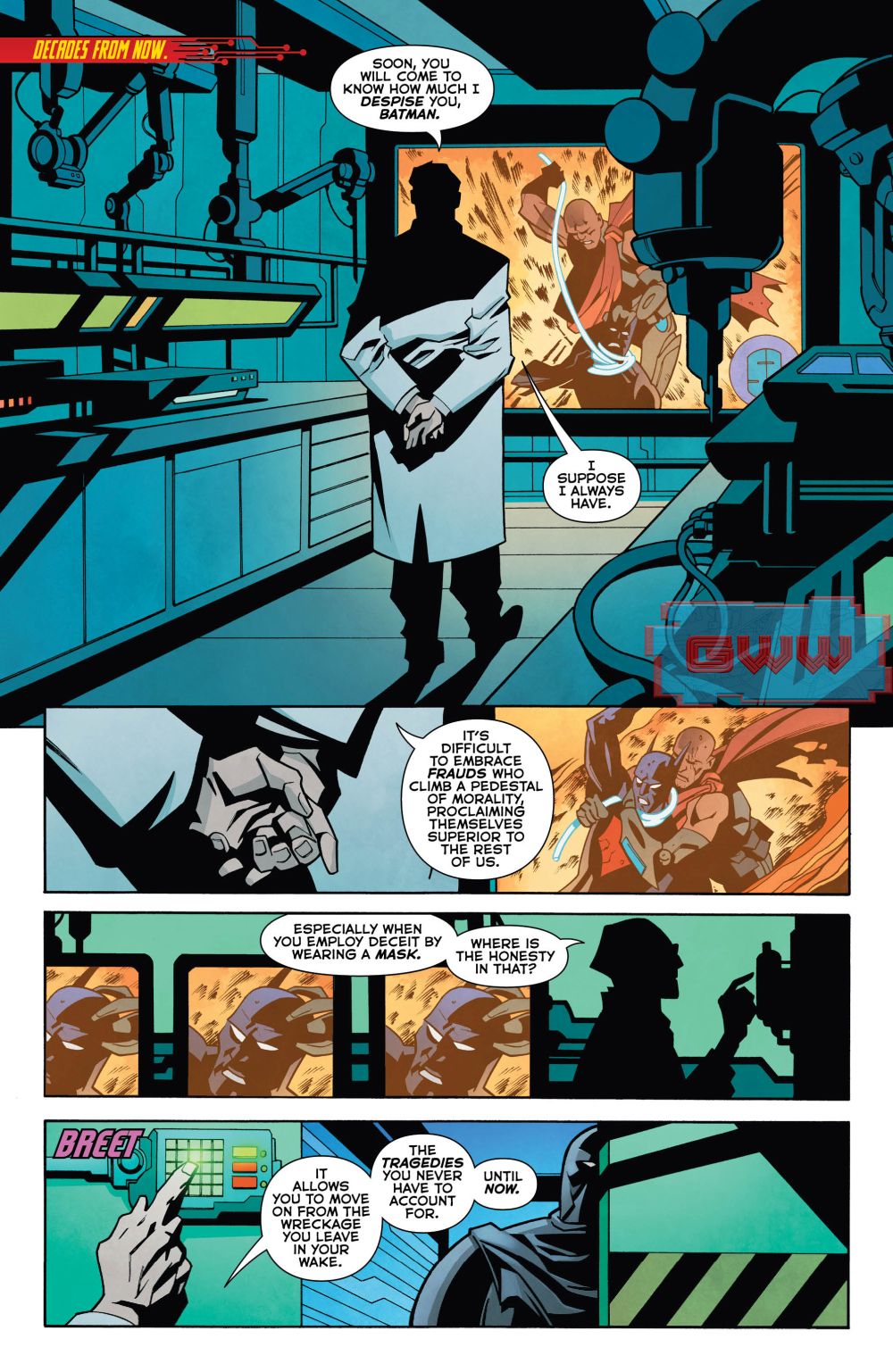 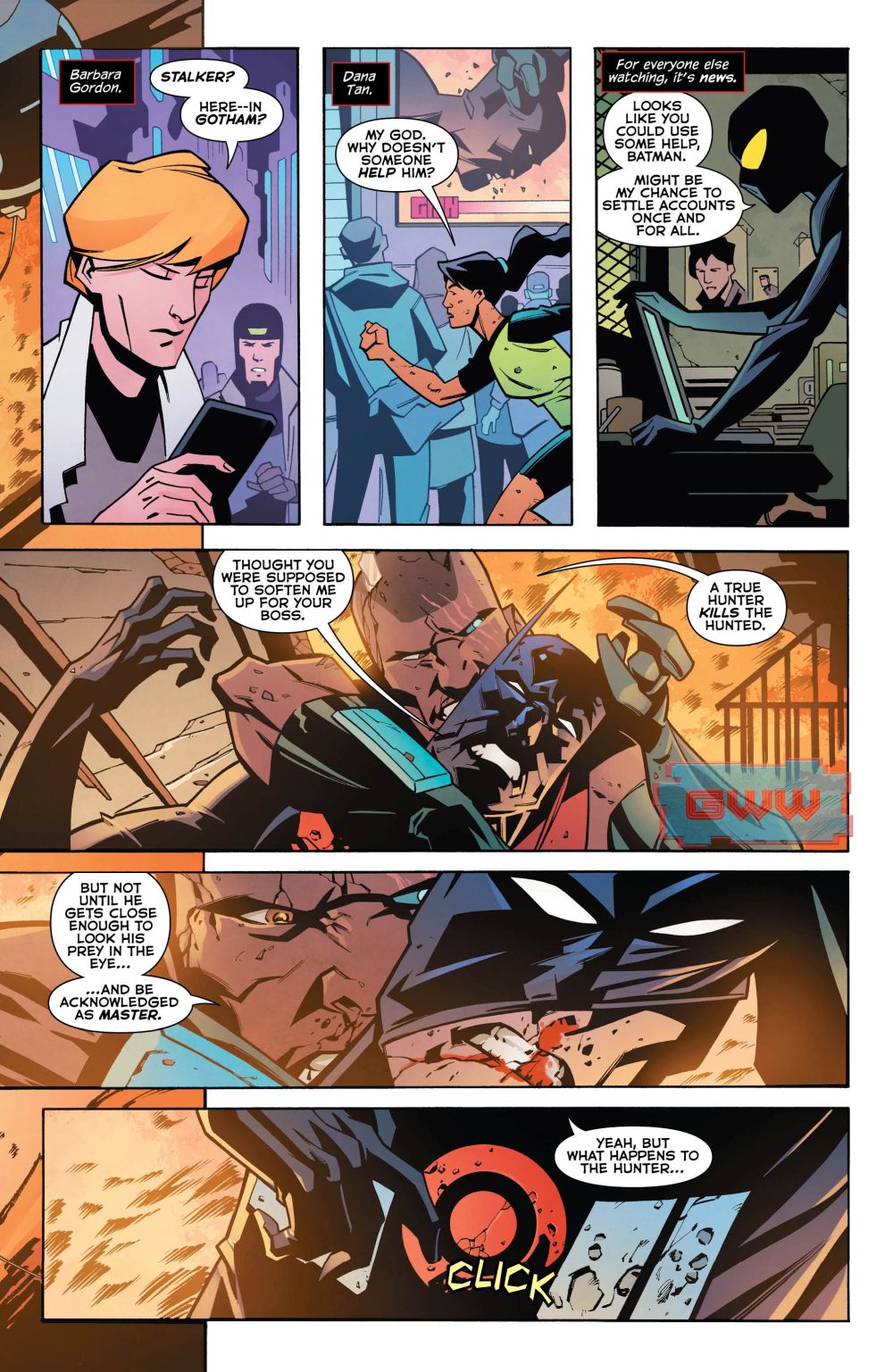 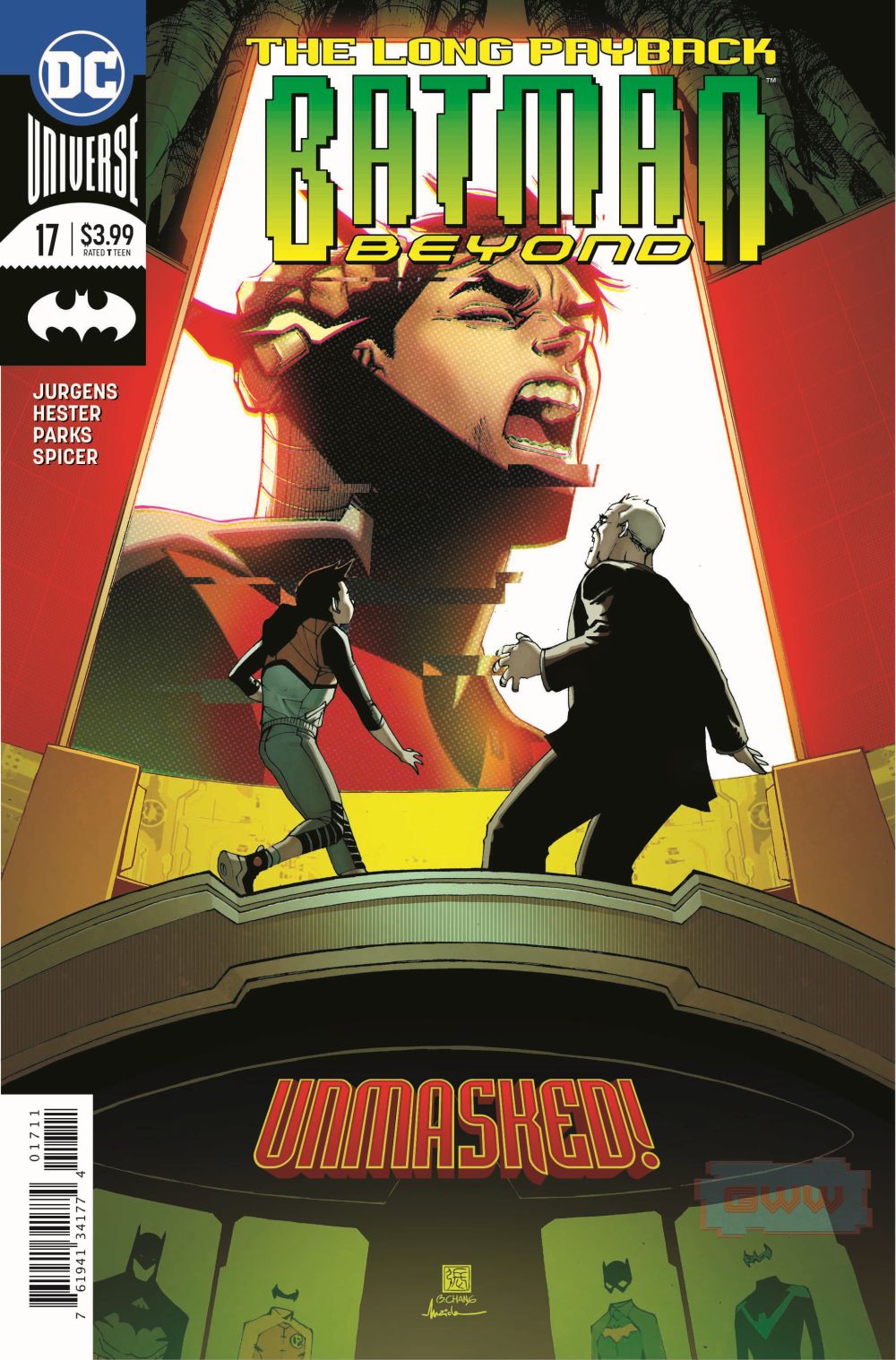 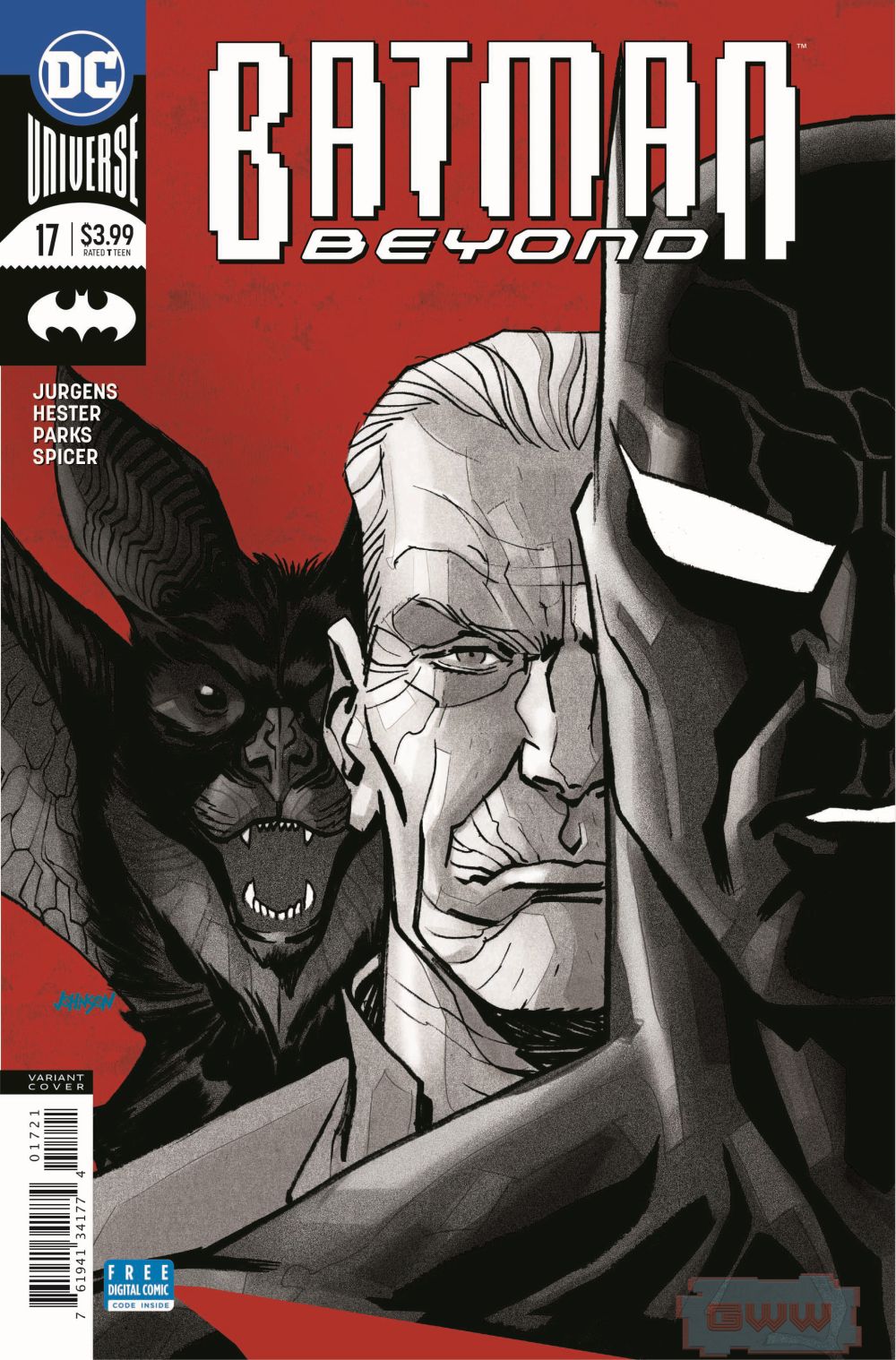