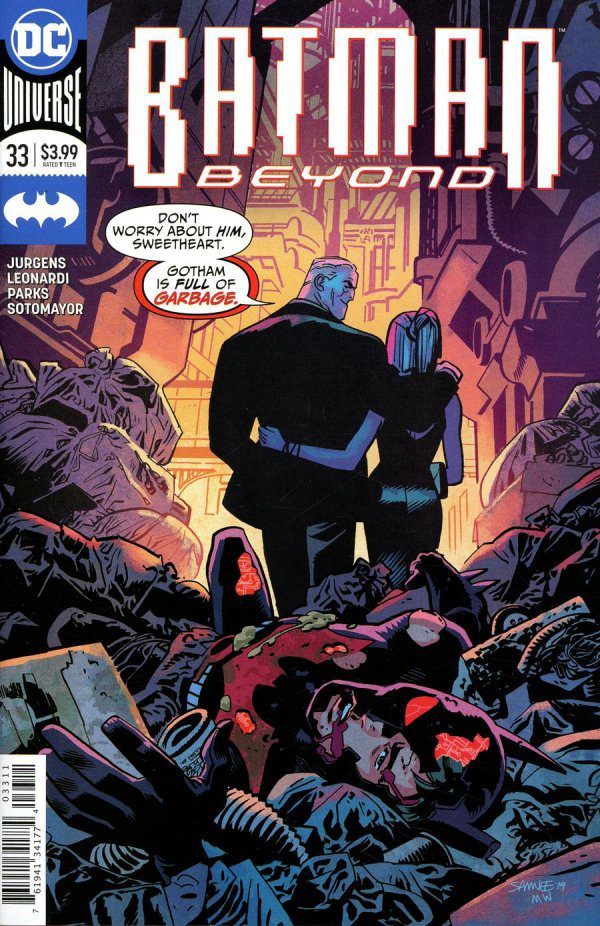 Dan Jurgens made an excellent decision with the direction of Terry McGinnis’ story in Batman Beyond #33. While he provides more to the story he’s been writing about over the last few issues, Jurgens also digs in more on something that been building up in the background. And, quite frankly, the latter of the two options has been more interesting from the get-go.

Not only is Batman Beyond #33 a wild ride, it also sets up the next few issues to be even crazier. This is becoming the best story feature Batman Beyond in a while.

(Spoilers ahead. Don’t go further if you haven’t read Batman Beyond #33.)

Having Terry leaving the battle with Splitt to address Bruce Wayne’s situation was such a great move by Jurgens. It’s not even a question which is the more compelling story of the two. And it the fake Bruce had behaved too outrageous to ignore anymore.

And now False Face has taken on a new form. I wonder if the effects of his powers will wear off of the real Bruce now that he’s not the one being impersonated anymore. Seems like the only way for Melanie and Matt can get out of this mess unscathed — though the former has done a good job taking charge throughout this mess.