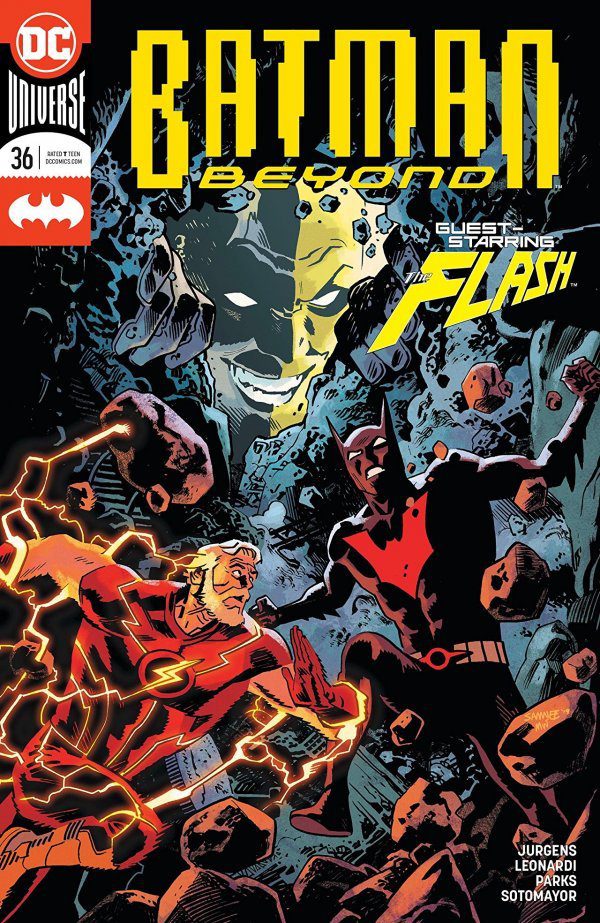 (Warning: Contains spoilers for Batman Beyond #36.)

I appreciated what Dan Jurgens is about to do with Terry McGinnis absent. But he telegraphed who’s going to adopt the mantle of Batman in the term. He didn’t even need to put the Batwoman note at the end of Batman #36.

It’s going to be Melanie (A.K.A. Ten). The decision makes sense. The more was just so obvious, why try to hide it?

Maybe I’m wrong though. Maybe there’s another female set to take the mantle. That would be a lot of fun, actually. Because the only other female I could imagine becoming Batman in this series is Barbara Gordon. But she’s probably not interested at her age. Plus, she’d never refer to bruce as “Wayne.”

But that’s the least of Bruce’s problems at this point.

No idea how they figure out the issue with Terry. Maybe they try to bring False Face back to life or something?

Regarding Splitt, it looks he’s got some other powers now? Or at least one of the brothers does. Poor guys can’t catch a damn break.