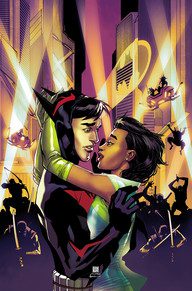 Dan Jurgens was able to effectively bring back every character we want with the first story arc, including Terry McGinnis, who had been replaced with Tim Drake in the previous volume. The pieces were in place, and now we could see what new aspects could be added to the mythos.

Seven issues in, and the series is starting to show signs of slowing down, much like the previous volumes of Batman Beyond. These past two issues are basically Bruce and Terry getting acclimated to the current universe. Perhaps if finding and retrieving Bruce didn’t take five issues that wouldn’t be so bad. Not even the return of Joker or Ra’s Al Ghul piqued my interest. Mostly, because it follows the old pattern of bombarding readers with nostalgia instead of creating something fresh and new like the animated series did.

It didn’t help that the reveal of Ra’s was preceded by one of the more frustrating Batman scenes I have ever read/seen in my life. Terry drops off his former girlfriend and starts pouting about not being able to have a life. Understandable, but he then goes on to ignore the bat-signal, leaving Barbara Gordon and Curare to fend off the League of Assassins on their own. For some reason, that sequence just rubbed me the wrong way because I could barely finish the issue. 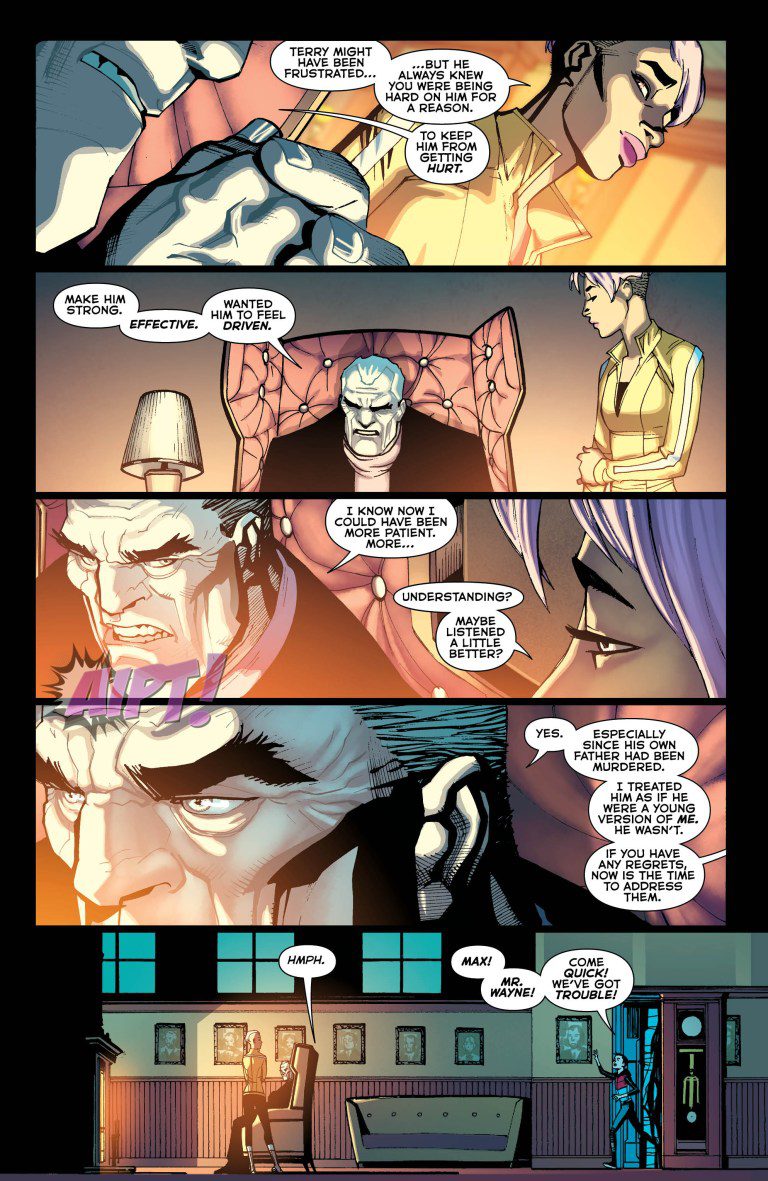 When I did finish, I started to appreciate the positives. I liked Bruce Wayne’s trip through memory lane, and his interactions with Terry’s brother. I love the new suit design and the hint that it will give its wearer a sort of blood-lust. The art was fantastic, Bernard Chang always does great work. Not just on the new batsuit, but all the new character designs look great.

I really did enjoy the first arc, but that’s how I feel about all the previous volumes of Batman Beyond. They start great but eventually lose me. But it would be a mistake to jump the gun so soon given what Jurgens has to work with after Rebirth. Also, the new suit and perhaps the blossoming of a new bat-family are fresh and worth keeping up with. This issue clearly didn’t blow me away, but I’m going to have faith that it will lead to something new and exciting.