Batman Creature of the Night #2 Review 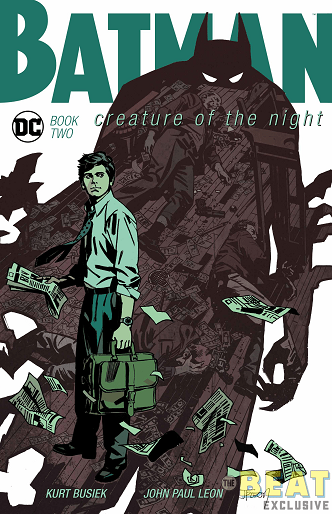 Bruce Wainwright still loves Batman. As he continues his life and education, he still collects Batman comics. As he studies for his degree in Business, Bruce meets a young lady and makes a decidedly un-Batman like choice by asking her out. By day, Bruce Wainwright is part of an incredibly successful investment firm and it looks like his life is turning out better than the tragedy of his youth would ever predict. At the same time, the Bat creature that took down the men responsible for the death of Bruce’s parents continues to operate at night, exacting vengeance on criminals throughout the city.

Bruce continues to lead his life and Batman continues to dominate his nights even as the people in his life believe that the tragedy that forged Bruce’s life is behind him. Bruce’s uncle picks up the story and sees a different side to Bruce that others cannot. Aside that concerns him. Bruce has concerned himself as he thinks about his life. He thinks about his past and confronts the Batman on a roof. He wonders if what they are doing is right, but it’s been a long part of his life and he doesn’t know if he can or even if he wants it to stop. 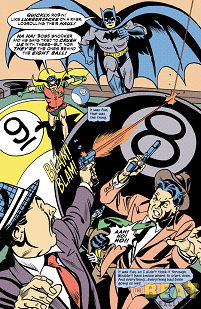 Have you seen this:
Superman son of kal-el #1 (review)

As his life continues to move forward, he decides that he wants to use his success to help victims of crime. Bruce decides to bring a program to Alfred to help victims and the first test case for the program just happens to be a 14-year-old girl named Robin. Bruce finds himself in an emotional place where he wants to right all the wrongs in the world and his new attitude does not go unnoticed. As a new mystery develops, Bruce and Batman use their resources to find out why Robin’s parents were killed and Bruce’s life becomes more complicated when the young lady confronts him. As Bruce enjoys his party, he finds that there is a dark side to his new partner. A dark side that challenges everything that he has believed since he was a kid.

The next chapter in this story does a great job of transitioning along with the character. Not only do we see the growth in the character of Bruce, but the relationship between the young man and Batman becomes more complicated the more Bruce comes out of his naive, childhood hero-worship. The story is taking a darker, more mature turn and it works. The art does a great job of enhancing the story and the characters. This is a great read that continues to surprise.

Have you seen this:
Stealth # 6 (REVIEW)