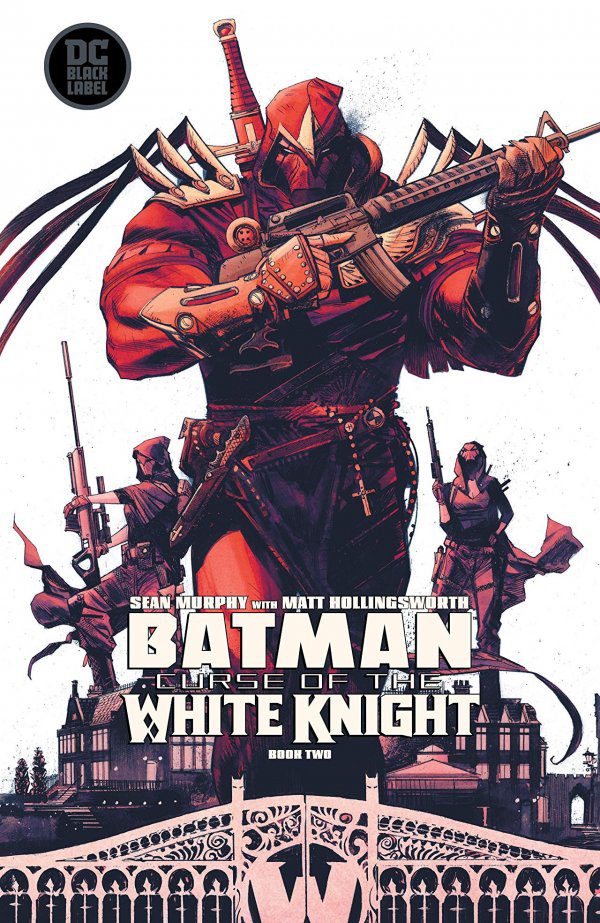 (Spoilers for Batman: Curse of the White Knight #2 ahead.)

Leading up to Batman: Curse of the White Knight #1, we had seen how Sean Murphy would draw Azrael. Sean-Paul Valley looked amazing.

Well, we finally saw him in his full glory within the story in Batman: Curse of the White Knight #2, and he somehow looks better. Murphy devoted a full page to Azrael in his full garb later in the book. Whether it’s the sparks from the fire coming off his sword or the religious-themed armor, he looks like someone who’s ready to flatten anyone in his path.

Personally, it’s one of the best single drawings I’ve seen not featured on a cover in a while. Maybe the best I’ve seen in 2019.

When it comes to Azrael’s actions against Batman, this guy is way too smart to have been a janitor. Now, he was in the military previously, so him being sound tactically isn’t a stretch, but damn this guy found a way to get to Batman better than anyone. He also has the advantage of being aligned with this woman Ruth, who seems to know everything about everyone.

Also, Azrael is clearly a distant relative of Bakkar, the priest who worked alongside Edmund Wayne. Clearly, things didn’t end well between the two. It’ll probably be the case when he fights Batman, too — and you can bet the fight will be outstanding. Maybe it’ll even be better than Bruce dodging his own super-powered vehicles.

One thing about Ruth, she is right about the mess Bruce would create for everyone if he revealed he was Batman. This woman is affiliated with Joker in some way, so there’s some other motivation behind her informing him of the ramifications. But she’s still right. Her presence and Barbara Gordon being exposed as Batgirl, in addition to the weight that comes with Bruce revealing that sort of information, has me on the edge of my seat.

Because it’s impossible to know what’s coming next with Sean Murphy running the show.