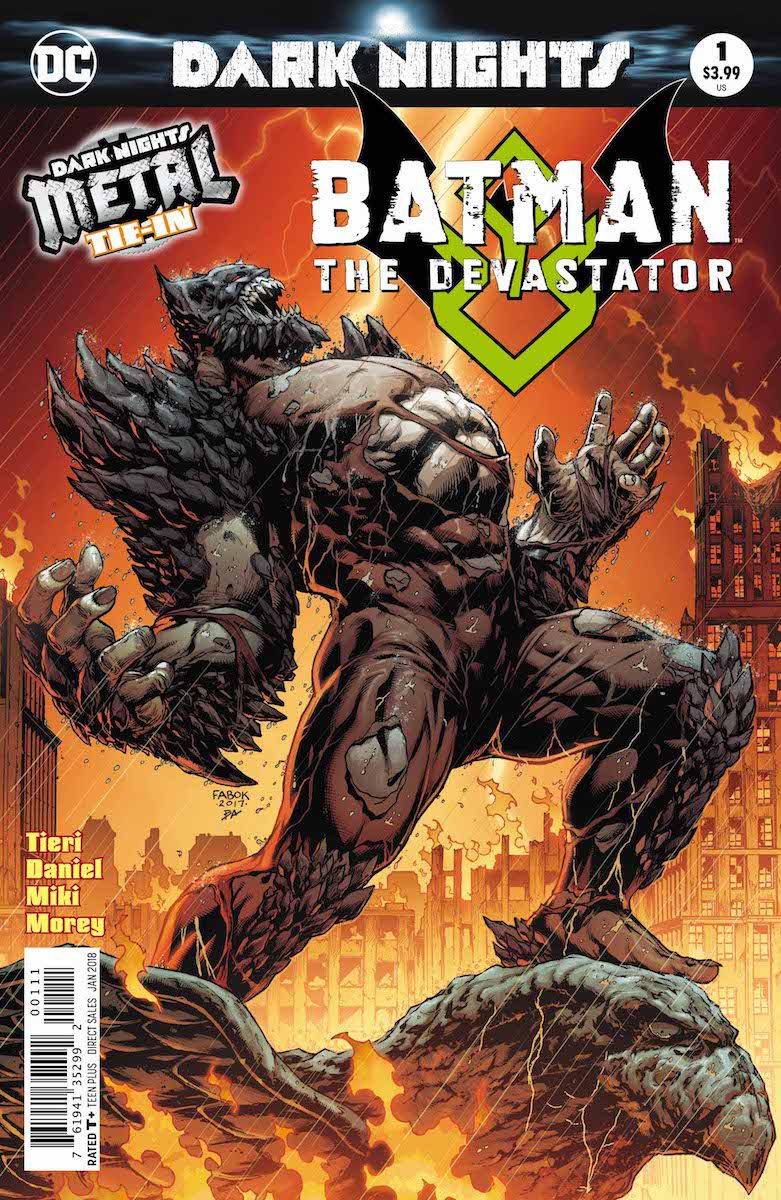 Superman is trapped in the Dark Multiverse being used to power Barbatos’ machine. As the Man of Steel is drained, Batman chides himself for ever trusting him. As the other heroes fight to stop Batman the Devastator from getting to the Cosmic Tuning Fork, all of them fall to the Batman who is infused with the power and fury of Doomsday. Even Lobo is no match for the rampaging Batman. In Metropolis, Lois Lane is trying to find a way to get to Gotham to report on the devastation that is gripping the city. As she prepares to leave the Daily Planet, she runs into Bruce Wayne in the lobby.

As he grips her hand, he transforms into the Devastator and tells her that he’s saved her from Superman. On his world, he fights a battle against Superman that leaves him gravely injured and at Clark’s mercy until Bruce releases a virus on himself that transforms him into a Doomsday-like creature. At the end of the battle, the Batman who Laughs appears with a proposition for the Bruce of that world. A proposition that makes Lois an unwitting participant in the infection of the city and forces her to make a choice only a mother could for the sake of her son. 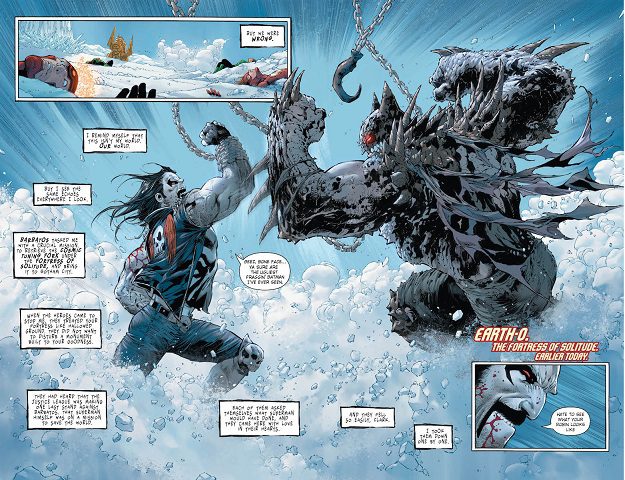 As these stories continue, not only do the stakes get more intense, but the stories themselves get deeper emotionally. Tieri and Tynion do a really great job of breaking a story that sees the turmoil in Bruce as he takes his quest to save humanity to the edge and then goes over. It’s a very well-paced narrative that gives as much emotional resonance to Lois as it does to Batman. For the origin of a villain, this one is layered well to showcase both madness and justifiable suspicion. The art is great to look at and there are so many fine details that add beauty to certain scenes, especially Bruce’s armor in the battle with Clark. Definitely worth reading.