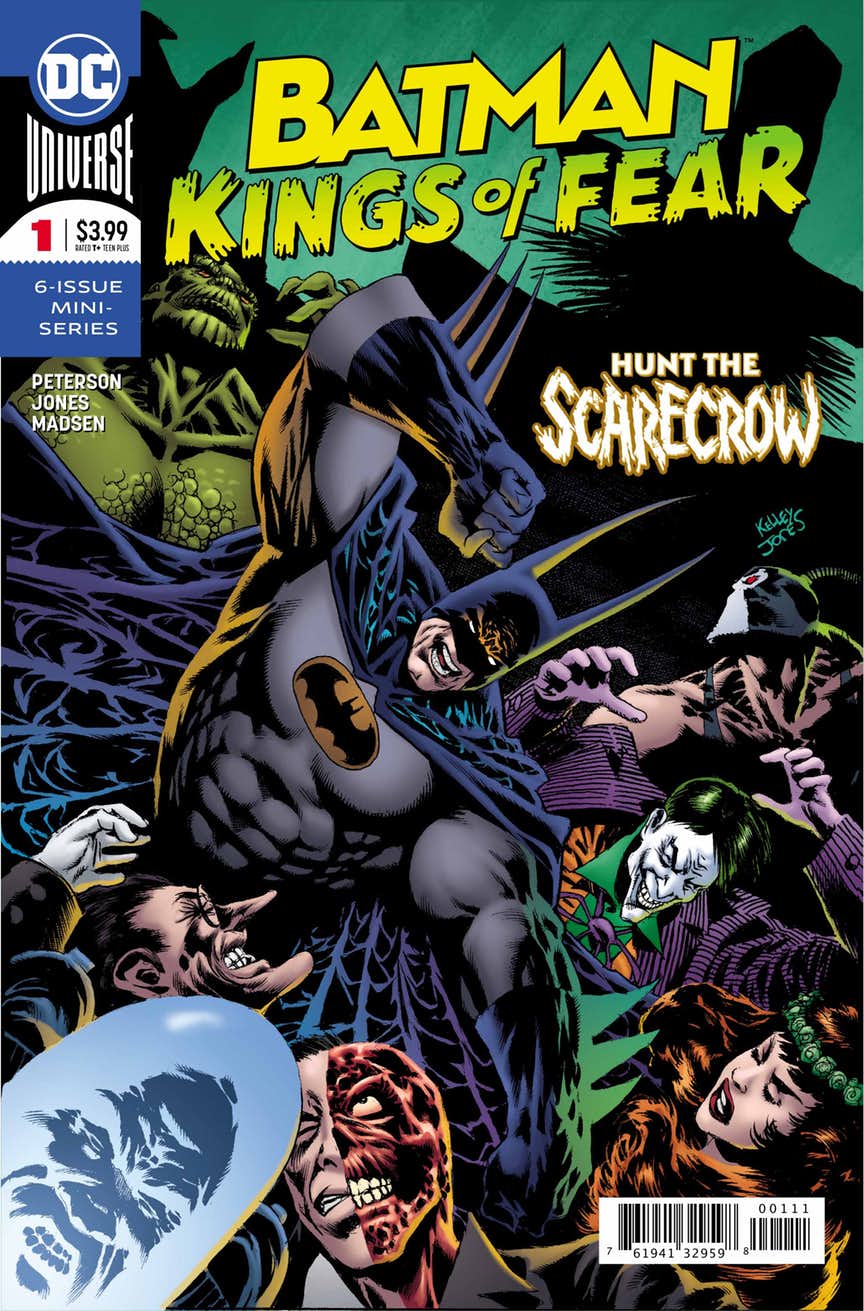 Batman Kings of Fear #1 felt like it was from 30 years ago but in a good way. The art, the scenery and Batman’s excessively big ears all gave off that local crime fighter feel. Which, again, isn’t a bad thing. With Dark Knights Metal, No Justice and all the other world-changing events Batman has been involved in over the past year, it’s nice to mix in smaller battles here and there.

And it looks like Scarecrow will be Batman’s opposite in this mini-series, but the Joker was more at the forefront of this issue.

But what was interesting in Batman Kings of Fear #1 was the dynamic between Batman and the unnamed Arkham Asylum Doctor. There’s always someone who has a problem with Batman getting a hall pass, and I’m always curious as to why.

Seems like this doctor largely blames Batman’s for the number of super villains in Gotham and their level of insanity. That’s a claim we’ve all heard before, supervillains only come to power because they’re a response to the superheroes who’ve taken it upon themselves to impose their own will.

I understand that argument when dealing with costumed heroes and villains, but I feel like this is a struggle we see all the time in real life. People become successful, leading some to react negatively – sometimes to the point where they’re actively working against the successful person. So as long as people are going to try to succeed in life, good or bad, there’s always going to be someone on the opposite side looking to combat them.

Furthermore, Batman was a response to the terrible crime in Gotham, and the crooked cops looking the other way on a consistent basis. If you want to blame Batman for creating his nutjob adversaries, then blame those who created him, too.

Basically, the good doctor needs to get over herself and focus on her job. I understand it’s not exactly easy dealing with the Joker, but I’m pretty sure he’s going to be his crazy self no matter what.