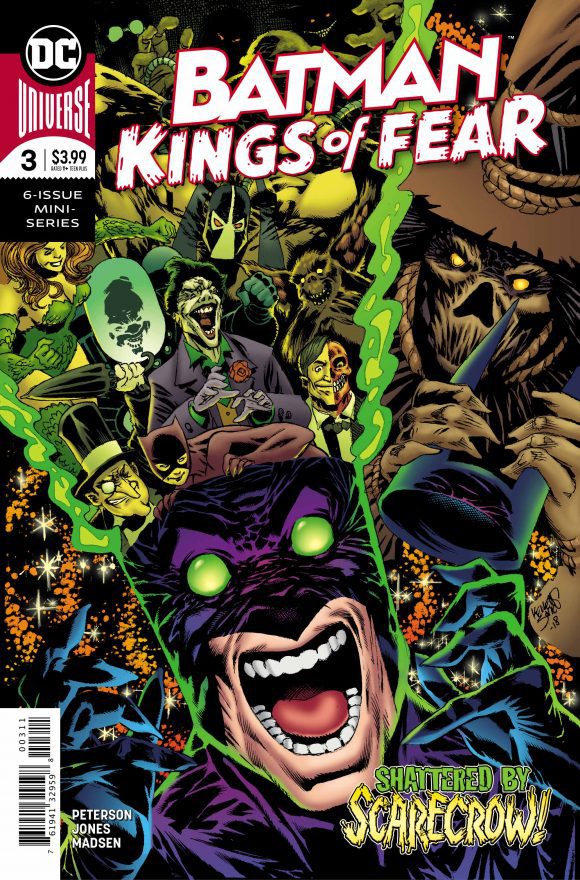 Yet another perplexing chapter of Batman: Kings of Fear. But this was a significant improvement from last issue. The biggest factor in that: Scarecrow’s presence.

We still have no idea what’s real and what’s not — like the odd little girl who Batman encounters — but we do know why Scarecrow is doing this. He’s trying to study Batman.

And it’s not enough for Dr. Crane to twist Batman’s mind into a pretzel, he needs a front row seat for the entire ride. And all along the way, he pokes at Batman’s inability to decipher the difference between hallucinations and reality.

Scarecrow also adds a little comedy to the story, which is a nice touch.

The funniest part comes when he mocks Batman’s patrolling routine. I’m not entirely certain when this story is set, but the lack of high-tech gadgets leads me to believe it’s pre-1990s. Which explains why Batman’s jumping roof-to-roof checking in on every person on every street.

Because normally we just see Batman pop up where something’s going wrong. Whenever he hops roof-to-roof, he knows where he’s going.

In the course of that comes a very strange moment where Batman comes across a random criminal. All Batman does is stare him down and point at him. Then the criminal simply runs away, clearly in fear. Not that I blame the guy — it just felt a bit hokey. (Maybe its something Batman should consider doing more of in the future?) 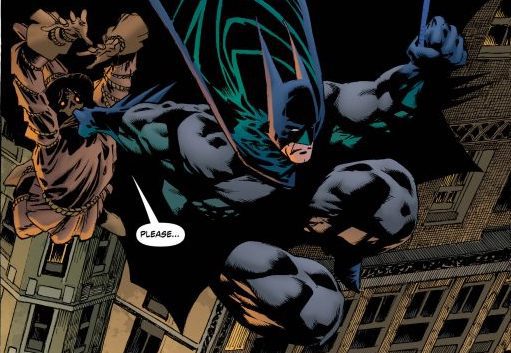 Anyways, while following Batman, Scarecrow realizes how his rival is as bizarre as the villains he fights.

This is a great issue to show off Scarecrow for the outstanding villain he is. Batman is putty in his hands the entire time. That probably won’t change next issue since he’s one of the few villains — may be the only one — who can take away Batman’s greatest weapon: his mind.