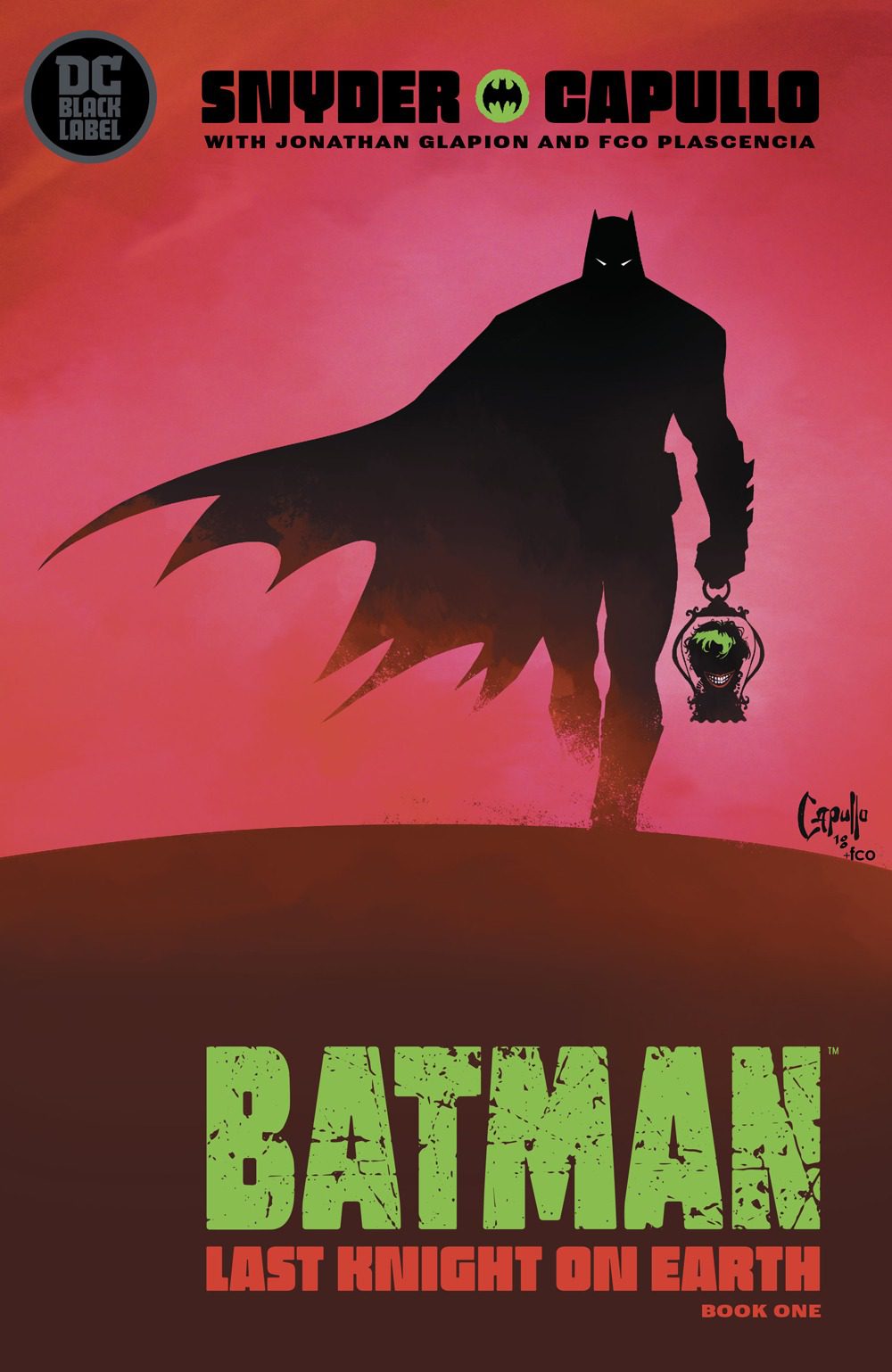 Scott Snyder is a magician. No two ways about it, this guy has done amazing work, but he somehow continues to raise the bar.

The Batman Last Knight on Earth miniseries has been teased as one of Bruce Wayne’s darkest adventures yet. Batman Last Knight on Earth #1 proves that to be the case. But there’s more to the first chapter of the story. Snyder takes you down about as windy a road as possible, while still working in one direction. There’s no telling what will happen next from page to page.

Snyder breaks up Batman Last Knight on Earth #1 into four parts, and the segmentation is a nice touch. Even though some parts are shorter than others, so much happens with each one, you need a second to gather yourself. Though you won’t want to slow down either. Because once you open this book up, you won’t be able to put it down.

Greg Capullo does a phenomenal job with the artwork, as expected, along with inker Jonathan Glapion. But the colors are what really stood out in Batman Last Knight on Earth #1. FCO Plascencia does a great job of establishing the tone of Snyder’s writing with each change in setting.

Have you seen this:
RADIANT BLACK # 6 (REVIEW)

This series has the makings of a must-read for any DC Comics fan, not just Batman fans.

(PLEASE do not read ahead if you haven’t finished Batman Last Knight on Earth #1. This next portion of the review contains spoilers.)

There are three things I want to hit on.

First: the narration. There had been rumors Joker was the narrator for this book. I hadn’t seen them until after I finished reading this, so I initially thought Alfred was the one telling the story at first. But while I was reading Part One: The Cave, my mind was hung up on one of the first lines of narration: “I’ve been at his side practically his whole life.” Alfred has been by his side his whole life. So I had zero idea about who was telling this story. Later on in the story, once Joker shows up, it became more clear it was him. Obviously, the last page completely confirmed it.

It was a great move by letterer Tom Napolitano to keep the presentation of the narration as bland as possible. Because you would think a Joker-narrated story would include his green, slanted text. Made the issue all the more enjoyable.

Second: Arkham Asylum. Anyone else’s mind in a pretzel throughout all of that? The second I saw Dr. Redmund Hudd, I was thinking, “Is that Joker?” My favorite part about this part was Alfred listing off the names of Bruce’s “villains.” Elliot the librarian is Hush (or Shhhh, as Alfred put it), Dr. Algol (Ra’s al Ghul) and the whirlpool. Of course, the toy T-Rex and the penny in his padded room were a great touch, too.

Last: I hope I’m not the only one questioning if Batman’s is still in a fake reality in the last two and a half books. The dystopia and Wonder Woman with a mohawk (so sick) seem more real than everything else in the book. But how can you trust anything we’ve seen at this point?