Batman: Prelude To The Wedding Red Hood vs Anarky Review

You can’t expect Selina Kyle’s bachelorette party to go smoothly. Batman, of course, knows this and sends Jason Todd to discretely watch over the ladies and keep them out of trouble. Red Hood’s fellow outlaw calls him to report some serious craziness in the city. Turns out to be insane super hacker Anarky’s crew. When he finds the villain himself he has to soil his plans to ruin Batman’s nuptials.

This prelude issue definitely started out strong with was a decent escalation then just fell pretty flat. There were a few political aspects that were touched on but I’m glad they weren’t explored any further. This was supposed to be Catwoman’s big night we only saw her a few times but I get it. The issue was surrounding Red Hood and Anarky. There was some decent dialogue but oddly the best to me was between Bizarro and Red Hood. I could almost say besides Anarky’ full on daddy issue sob story at the end, it was more surrounded around their teamwork and relationship. Jason continually used the cute nickname ‘Biz’ for his teammate in the outlaws. Artimus was even seen in a panel.

I did see bits and pieces of full-on Red Hood personality in the pages. When he meets the hacker Anarky and what he calls him it’s hilarious. I had a major issue with Anarky’s character. It was a short story I understand but the plan was mainly explained by bizarro, Anarky whined about being suppressed by Batman and his fascism, and Red Hood was able to stop it almost instantly. For how strategic and amazing this was set up, it took Jason moments to spoil it. The rest of the issue was Anarky crying, literally with his face in his hands at times about his mommy and daddy issues. There is a tiny intro into the Joker in there but doesn’t seem to be a necessary or fun way to introduce him. It’s unexpected, however. Seeing Red Hood sit there and listen to Anarky whine for the last pages was just not what I’d want to see from these characters. Maybe I’m a tad bias because Jason is pretty much my favorite character. The very end, the scene set apart from them that’s setting up next weeks’ Prelude “Joker and Harley” was one of the best panels! I’m pretty excited about that one.

Batman: Prelude To The Wedding Red Hood vs Anarky 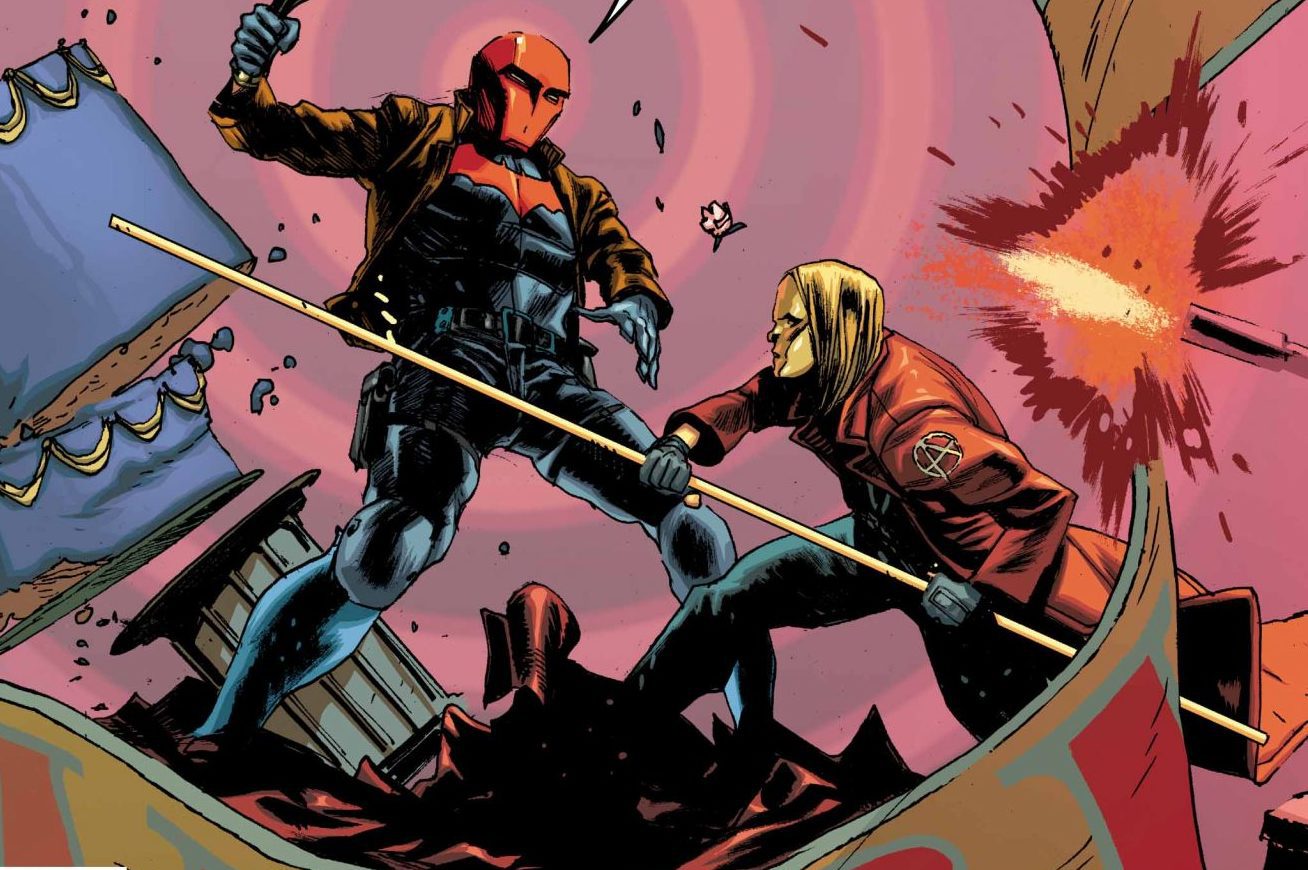 The Man of Steel #4 Review