Batman and the Signal #2 Review 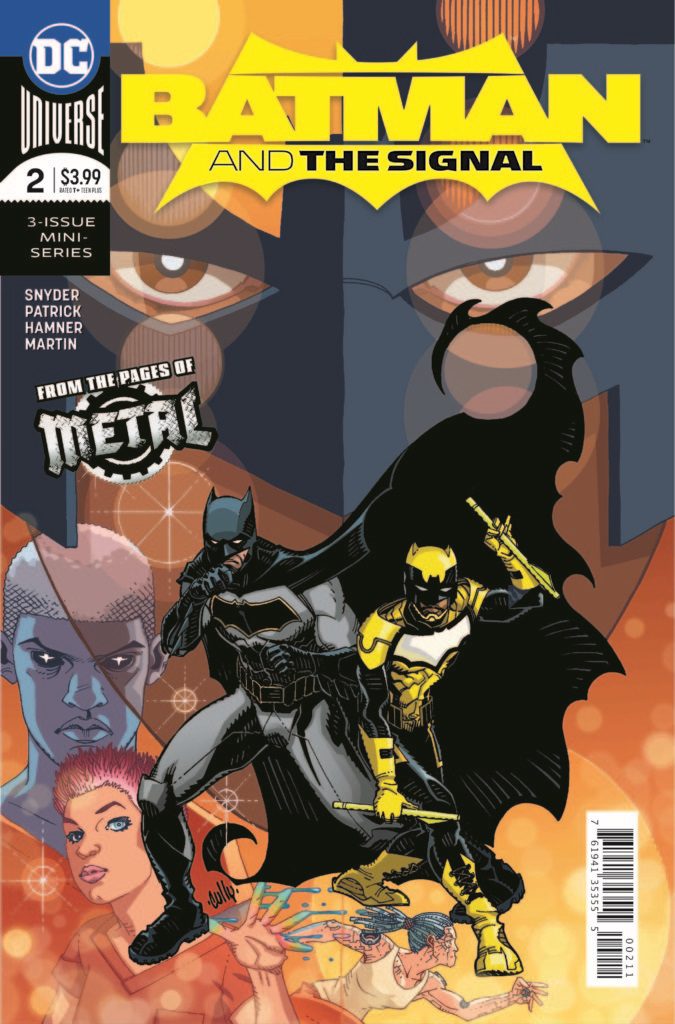 Batman and the Signal #2
DC Comics

Duke Thomas’ past is highlighted in the beginning of the second issue of this limited series as Duke recalls a moment from his past with his parents. As he recalls advice and a message from his father, the present returns and Duke is fighting for his life against a group of metahumans. As he is overwhelmed, his team is monitoring the fight and tell him he needs to take a desperate gamble to save his life. He manages to break free and use his powers to see the attacks coming at him. He focuses his powers against to fight off another attack as the GCPD comes in and ends the brawl.

As they get control of the scene, the unseen force in control of them makes them stand down, but Duke senses something else at work. Something that is affecting him physically as well. As the officers are distracted by something else, Duke pulls a Batman and disappears. Duke makes his way back to his base and discovers that his team is having a disagreement about Duke, his ability to do the job and what to do next. 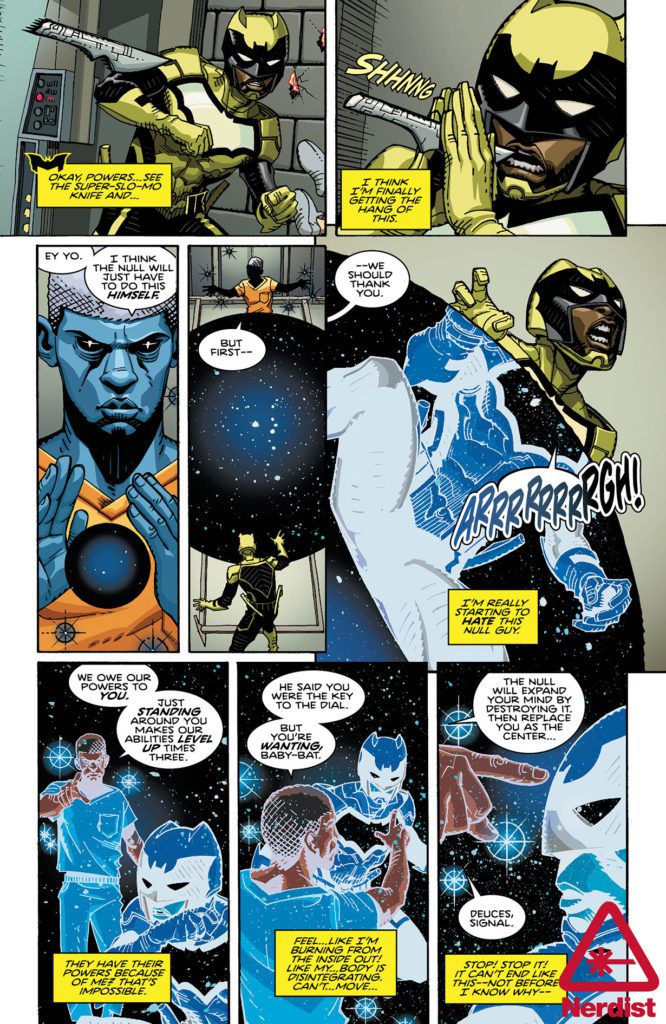 The disagreement escalates and Riko has it out with Duke about the direction he’s taking, the mistakes he’s making and how she will not stand by and watch him die because he won’t let go of the things holding him back. Meanwhile, the mystery villain that seems to be pulling the strings has decided to intervene. When Alex decides to go to the morgue for answers, Duke is there as well and the two of them decide to work together to find answers. Unfortunately, those answers lead Duke to the Batcave and a confrontation with Batman.

Part of this limited series does a great job of taking the story from the first issue and expanding it both emotionally and with the narrative. Patrick has done a good job of continuing the overall conflict while keeping the reader intrigued by how it is expanding. The storytelling is tight and there are no wasted moments, especially with the conflicts Duke faces in his personal and professional life. Riko’s moment with Duke breaks down one of the problems with the character and lets the reader know that there is a choice and a direction for Duke in the future if he learns the lessons that Bruce and his friends are trying to teach him. That conflict continues to be compelling because it’s so human in its execution.

Hamner’s art is great and I love how the panels move along with the story. This is a great story that continues to showcase parts of Gotham rarely seen and the people who inhabit it.