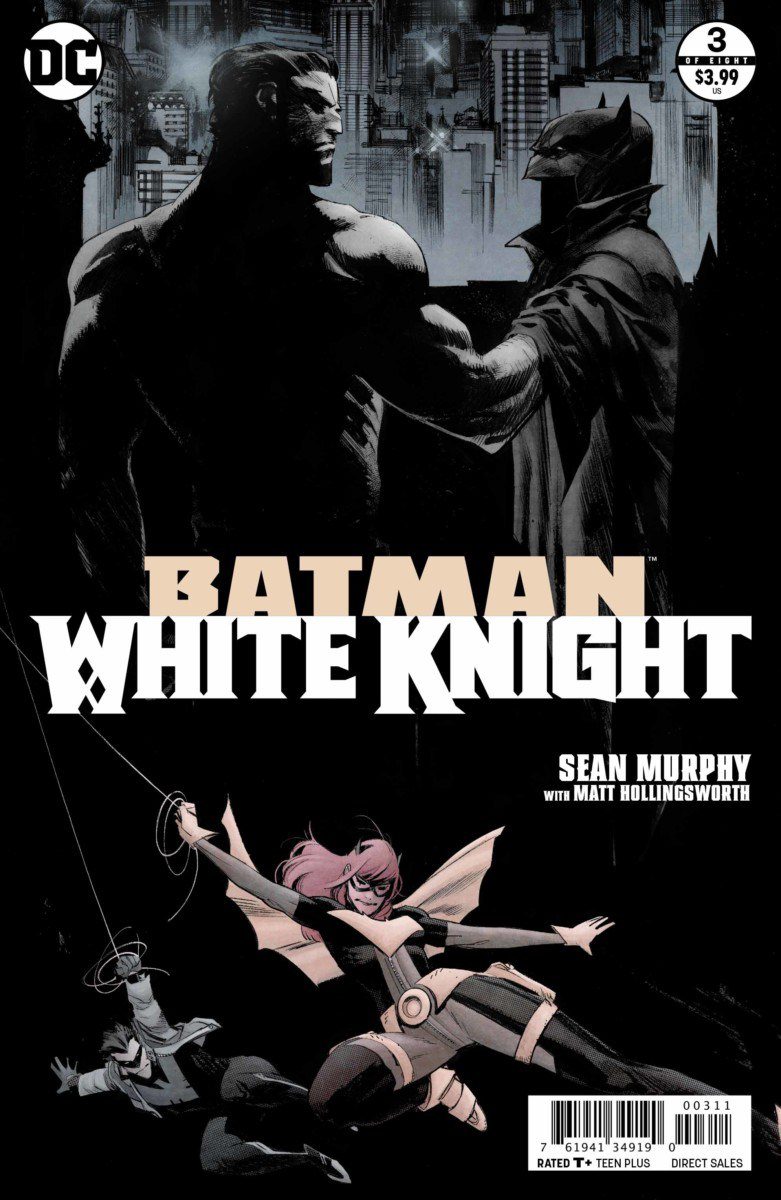 DC Comic’s Batman: White Knight Mini-series drew my attention immediately to issue #1. I’m a huge fan of Bat psychology, and this is the definitive Batman/Joker breakdown story. Issue #3 starts to answer questions that have had our heads exploding since the previous one. I had so many theories!

The opening page art shows one of the Harley Quinns putting on a face that resembles the female Joker’s. 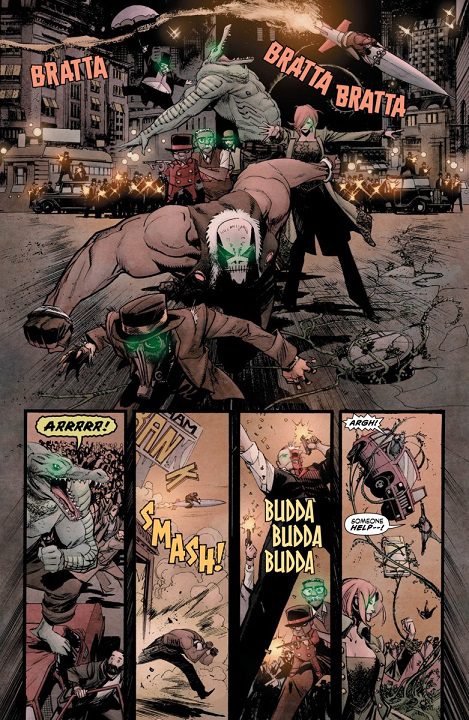 Immediately that started to feed into a couple of my crazy fangirl theories. The story begins with Batman, Batgirl and Nightwing in Gotham literally facing every single villain. I have to take a minute to say how amazing the villains were drawn. Sean Murphy’s art in this book is exceptional. I immediately saw killer Croc and was totally blown away! Bane as well. To save part of the city, the Bat-Fam has to take the fight to the library and destroy it. As we see in the last issue, Joker has his motives and the people of Gotham in the palm of his hands. Was this all planned? There’s never been a time every villain in Gotham have come together at one time. There’s definitely something wrong. Is The Joker totally changed? Again, the people of Gotham are acting like sheep, as are it’s villains.

Nightwing has an epiphany while talking to Barbara at what we find out involves an empty grave, during a tragic moment. The name on the empty grave means there’s super exciting things to come! We see two.. possibly 3….really interesting characters in an amazing plot twist at the end. I cannot emphasize how over-the-top on my toes, biting my nails and ripping my hair out excited I am to find out what happens next. This is officially my favorite DC Muni-series. I’m sad there’s only going to be 7 issues.