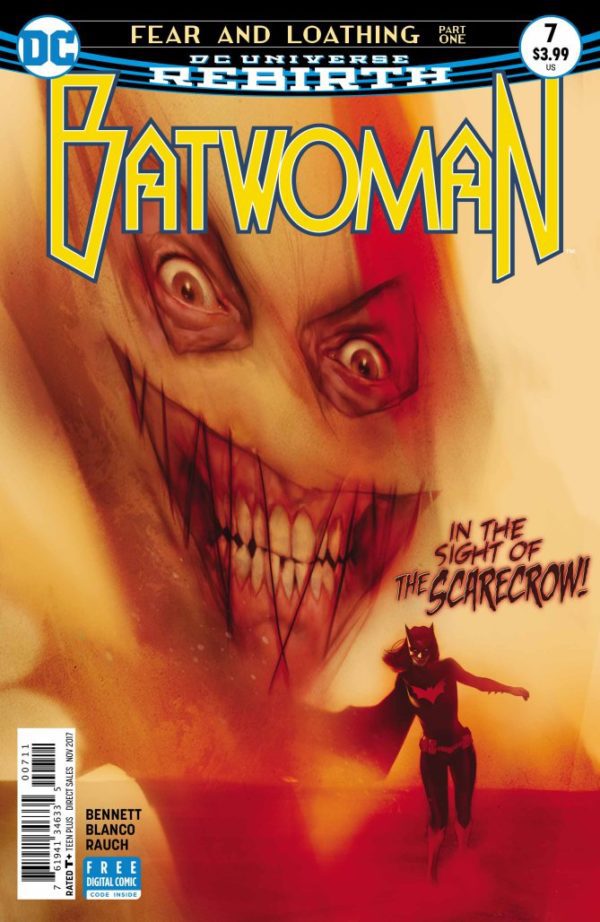 “Fear and Loathing Part One”

A battered and bloody Batwoman is making her way across the Sahara desert after being shot down. She is on the hunt for another member of The Many Arms of Death and has seemingly walked into a trap. As she recovers from the crash, she continues her visions of her time on Coryana and with Safiyah. She also recalls the battles that have led her to this desolate part of the desert and the mission Batman sent her on. She doesn’t have time to contemplate for too long as she is attacked by Colony soldiers right before being hit by an oncoming sandstorm.

As she’s hit by the storm, she has another dream about another moment from her past. A moment in the snow. When Kate awakens, she attempts to revive the soldiers to get 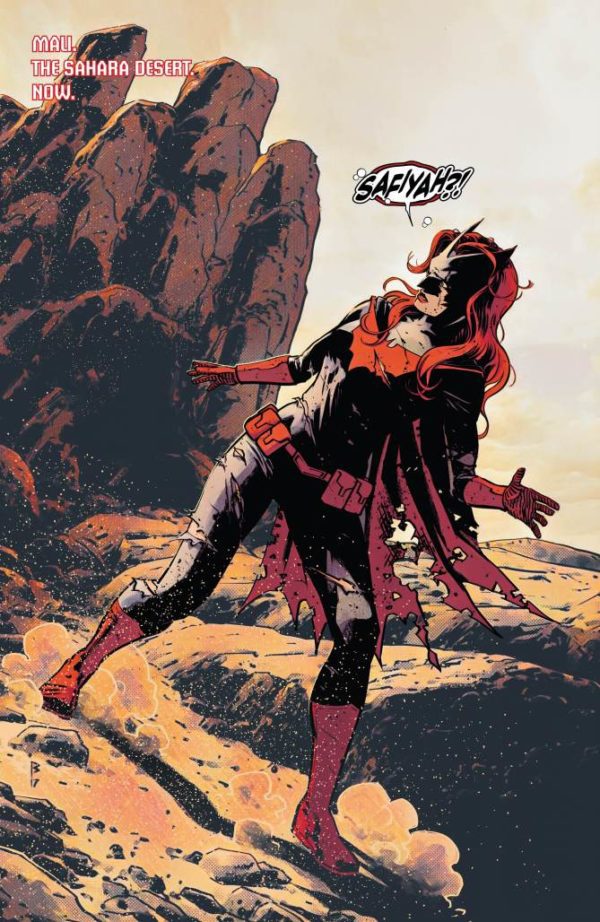 information. As time continues to progress and Kate finds herself walking deeper into the desert with no supplies and no water. When she comes upon an oasis in the desert, she can’t believe it. When she determines that it’s real, she takes a drink only to discover that not only is the water laced with something but that the quarry she has been tracking is there and has a history with Batman and the Bat Family itself.

I enjoyed this issue. It was very well written and paced and gave me a sense of both the desperation Kate is dealing with in her current situation but continues to tie everything together from the previous issues. The art is amazing. I enjoy the contrasts in looks between Batwoman in the desert and Kate’s flashbacks. They are stark differences visually, but they blend well together. Only thing I didn’t particularly like was the cover. I loved the cover art, but the cover spoiled the reveal for me. The overall story would have had more emotional resonance if the reveal was a surprise. Other than that, another great character study with emotional heart.