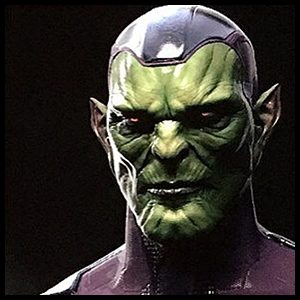 And she’s got a formidable enemy in the form of the Skrulls — the notorious Marvel baddies made all the more dangerous by their shape-shifting abilities. Ben Mendelsohn plays their leader Talos, who spearheads a Skrull invasion of Earth.

Marvel Studios showed some Skrull concept artwork two years ago at San Diego Comic-Con when they confirmed they would antagonists in the film.

Captain Marvel will be released on March 8th, 2019.