Folks in the town of Freeland have mixed feelings about a man with special powers called Black Lightning. For many, he was a hero, for others a vigilante, and still others a menace that needed to be eliminated. But that all ended nine years prior when Black Lightning was thought to have been killed. There’s been no sign of him since.

And that’s just fine with Jefferson Pierce, who shed that heroic persona all those years ago and now fights the good fight as an idealistic principal at Freeland High School. He’s trying to raise two daughters, reconcile with his wife, and keep things from exploding in a town that’s rife with corrupt politicians, racial tension and an apex gang called The 100. He’s determined to navigate his way through all that’s going on around him while keeping Black Lightning retired and just a memory. 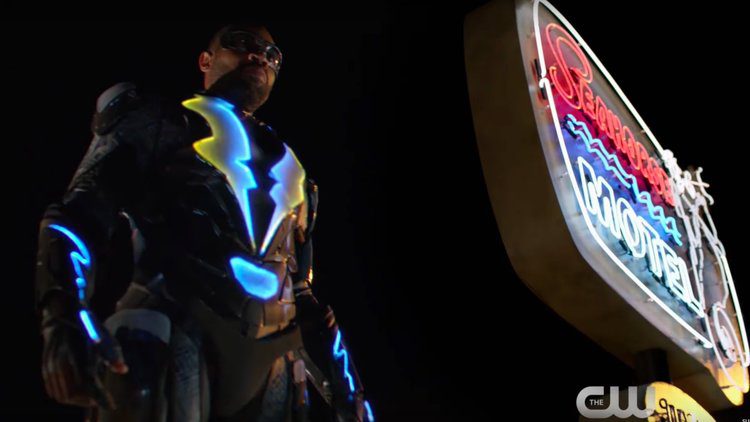 That’s the initial premise of the latest DC Comics superhero series to grace the small screen.

Star Cress Williams brings life to Jefferson Pierce/Black Lightning as a man struggling to put his past behind him while the world around him screams for the return of the one entity that can put fear into a town that’s increasingly violent and in a need of a “hero.”

For six years he’s done a pretty good job of walking the line and keeping his past life a secret from almost everyone, but with the rise of The 100 and those who know him practically begging him to pick up his old life, the pull is constant, the struggle intense.

Pierce knows it, too. And that’s the angst-inducer — he knows the town needs him, but the desire to lead a normal life is always this carrot on a string he is desperate to catch.

In the premiere episode, we see all of this play out until The 100 forces his hand. He’s got a daughter who’s athletic and talented, but she’s got a bit of a wild side to her and that eventually brings her into contact with a lower-level member of The 100 — which in turn puts her in danger — and later her older sister.

It’s at the club The 100 run that dad, having discovered his daughter’s lie, is forced to summon up some of the old skills to help his daughter get away. Unfortunately, in his effort to get away, he also does something he desperately wanted to avoid. The old hurts already are rearing their heads.

Unfortunately, this member of The 100 isn’t done with his daughter. There’s an incident at the high school that really sets the episode into motion. While Jefferson is able to defuse the situation, our young ne’er-do-well promises Pierce it isn’t over.

But Pierce isn’t without resources. He meets with Latavius (La La is his street name), the local shot-caller of The 100 to reinforce the deal they made that the high school was safe territory. Unfortunately, La La’s young apprentice takes matters into his own hands and returns to the high school and kidnaps Pierce’s two daughters, Anissa and Jennifer, and takes them to a hotel The 100 run. 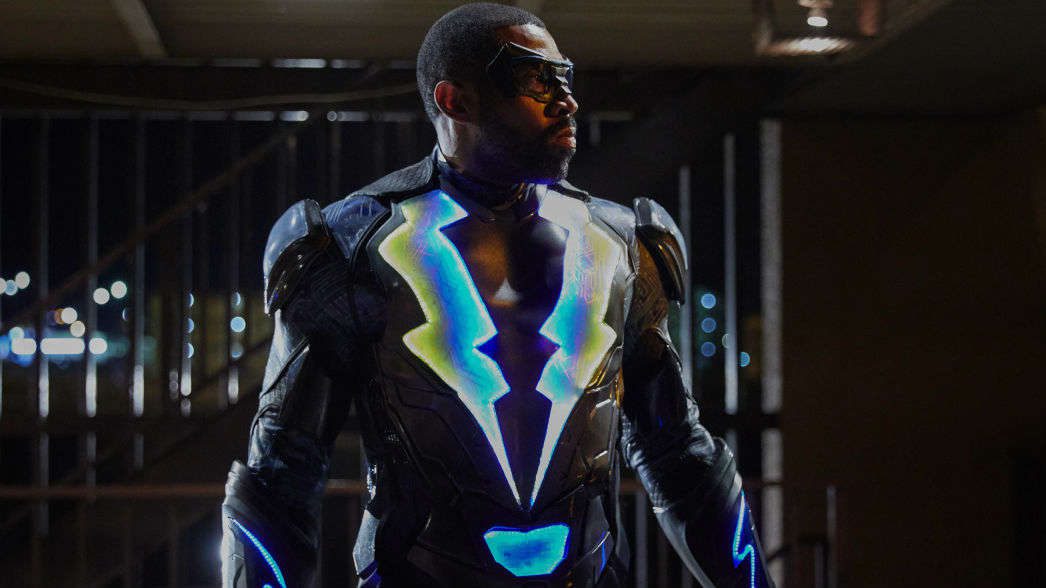 Inspector Henderson (Damon Gupton) of the Freeland Police Department assures Jefferson and his wife Lynn (Christine Adams) that they’ll do all they can to get the girls back, but when his wife tells him to “go get our girls,” the die is cast.

The pilot isn’t filled with much light-hearted frivolity, instead focusing on the struggle of Pierce and the skills he possesses — and how he can use them. He’d originally developed Black Lightning to bring down Tobias Whale, a politician who rose through the ranks thanks to corruption and violence, eventually killing Jefferson’s father. Whale, played with calm malevolence by Marvin “Krondon” Jones III, is actually the brains behind The 100 and will no doubt tangle with Black Lightning again now that each knows the other lives.

This new offering deals with real-life issues of parenting, crime, violence, corruption, and the day-to-day struggle, even for a superhero, to navigate them successfully, or not go insane trying to understand what it’s happening. Black Lightning offers a window into all those things that are consuming Freeland and why this “anti-hero” is needed now, even if the police, which appears at first blush to be part of the issue, view him as a menace.

The show is well-written and direct, refusing to sugarcoat what’s going on in Freeland — such as the fate that nearly befell Jefferson’s daughters. A brush with a gang member turned into a near tragedy of sex abuse and then death.

Black Lightning is a gritty show with some bite to it and more than a little social commentary. I found it interesting from the start and a little surprised when it was over. It caught and held my interest, so much so that I was surprised when the episode was over. The time went quickly. I’m definitely looking forward to watching the rest of the season, and although The CW vows there won’t be any crossover with the other Arrowverse shows, I’ve got my fingers crossed.

black lightning CW review
Are you an Insider?News, reviews, & updates are just the beginning.