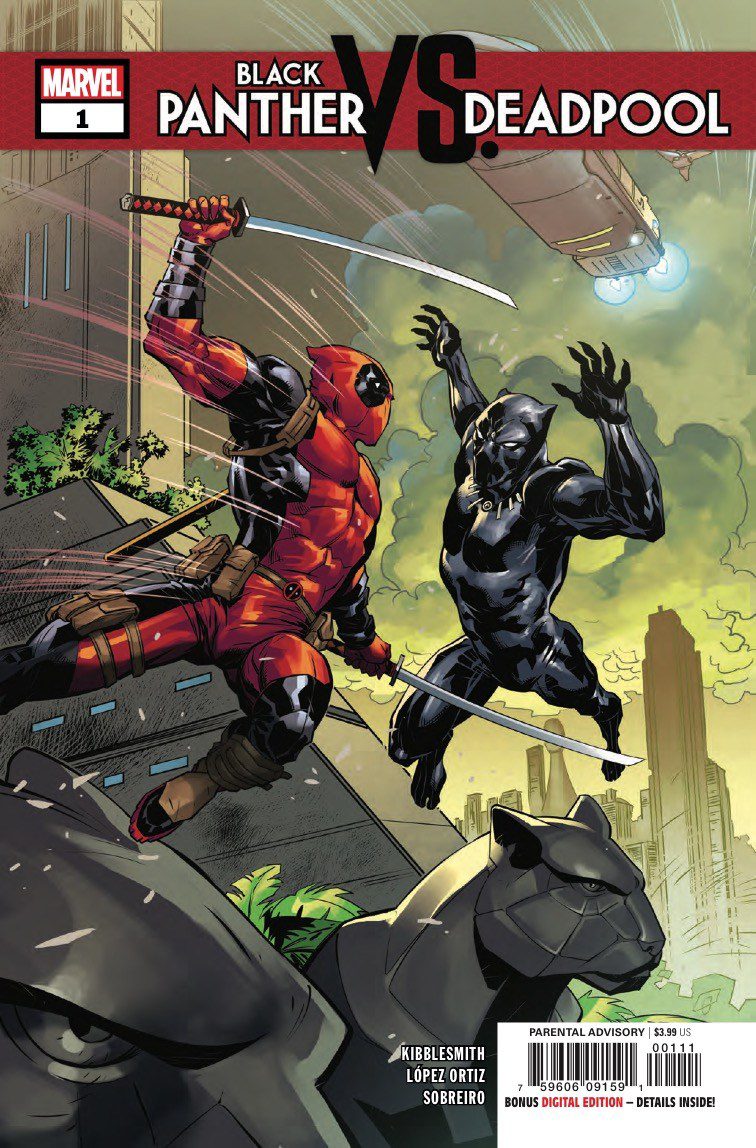 We’ve had Deadpool v. Gambit (major disappointment, also the only “v.” as opposed to “vs.” — not quite sure why), Deadpool vs. Thanos (didn’t read it), vs. Carnage (good), vs. The Punisher (very good), vs. Old Man Logan (good) and vs. X-Force (didn’t read it). There have only been two instances where the opposing character was listed before Deadpool in the title: Hawkeye vs. Deadpool and Wolverine vs. Deadpool (didn’t read either).

I don’t know what specifically goes into the decision of who’s listed first, but there has to be some significance to it. Especially if Deadpool felt the need to mention it while fighting his newest hero adversary, Black Panther, in Black Panther vs. Deadpool #1.

Daniel Kibblesmith’s writing is strong right from the jump. He has Deadpool down. And it seems like he has the right approach for the T’Challa – Deadpool back-and-forth. Zero patience from the King of Wakanda — understandably so. And Deadpool certainly isn’t helping his own case (shocker of the century).

As much as there wouldn’t be the need for a fight if Black Panther had just a tiny bit more patience for Deadpool, Wade didn’t exactly help his own cause here. If he simply said, “I need some vibranium to help save someone from dying,’ T’Challa wouldn’t have hesitated.

Well, maybe he would have a little bit, but we certainly wouldn’t be where we are with these two going at it and Black Panther testing his “Kill Cancer” gun. Which, by the way, led to an outstanding realization from T’Challa: Wade doesn’t truly have a healing factor because it’s the cancer that regenerates.

“You never had a healing factor. You have a dying factor.”

I’m not quite sure how Deadpool walks away from this fight successfully. I honestly expect this ends with him being a head in a jar, left alone in a closet for all eternity. Meanwhile Black Panther, yet again, saves the day and finds the cure for cancer.