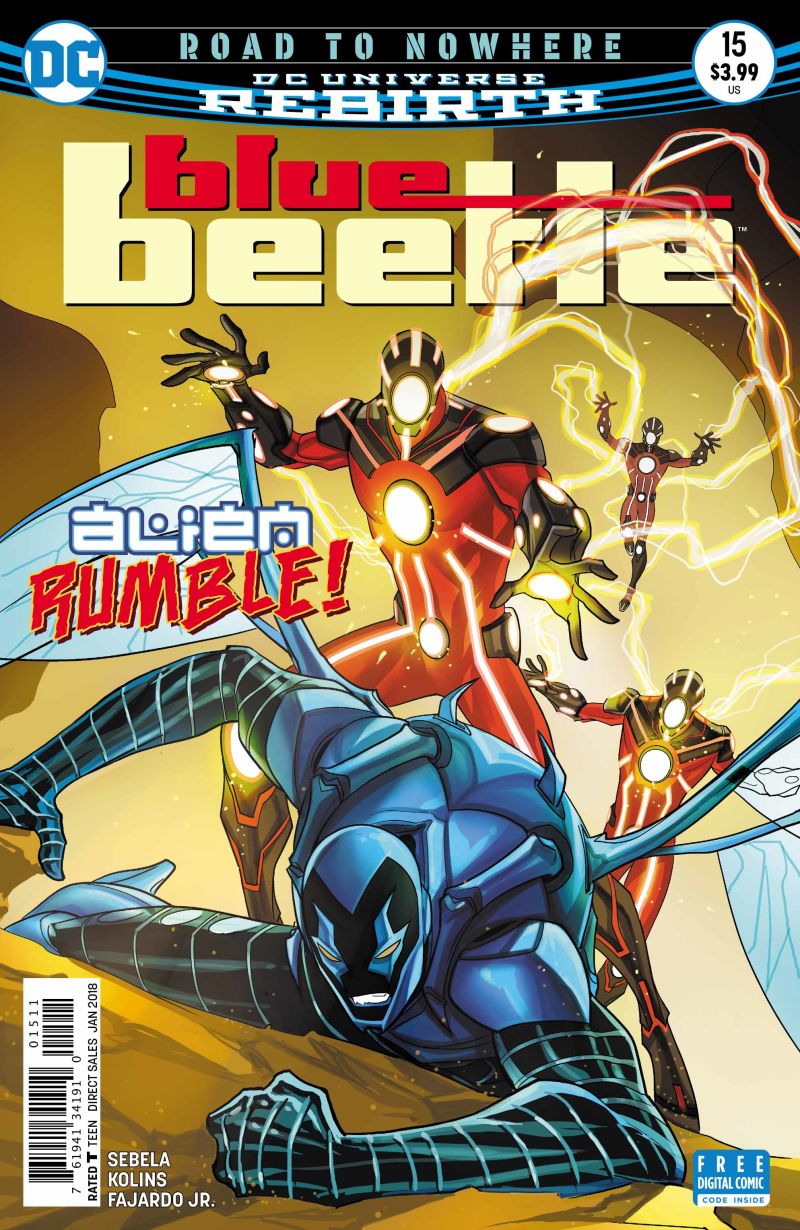 Jamie Reyes, the Blue Beetle. Is off on a road trip with his friends. After saving the world and traveling through time, Jamie takes some time off. Unfortunately, that plan changes when they run into aliens on the trip.

Opening with the fight from the last issue. We see Jamie taking on aliens. At the end of the battle, Jamie takes off with his friends ditching the aliens. As they drive away, they notice the sky changes like a tv. Showing different images. The group arrives at a town. They decide to stay the night at a motel. 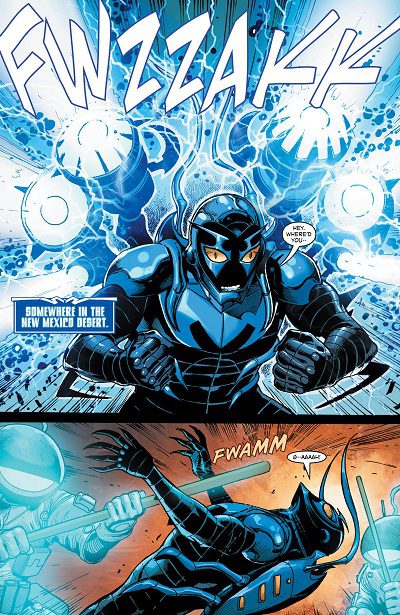 As they leave in the morning, they run into a group of angry people carrying weapons. The people make Jamie and his friends stay with them and wait until nighttime, so they can “Grow old and then young with them”. As nighttime hits, blue lights fill the sky and all the townspeople float upwards. Naomi takes one of the guns and fires at the lights. Jamie jumps in and tackles her, as he does the scarab fires up into the sky, knocking all the kids down. As it turns out the people of the town were hired by “The Man in Charge” to wear the alien suits and steal for them, in exchange for youth.

This a trippy issue. It is all over the place, starting as an alien fight and ending with time travel of sorts and a man in charge horror situation. Blue Beetle #15 is not the best book but it’s a solid read, especially if you’re a fan of Jamie Reyes.