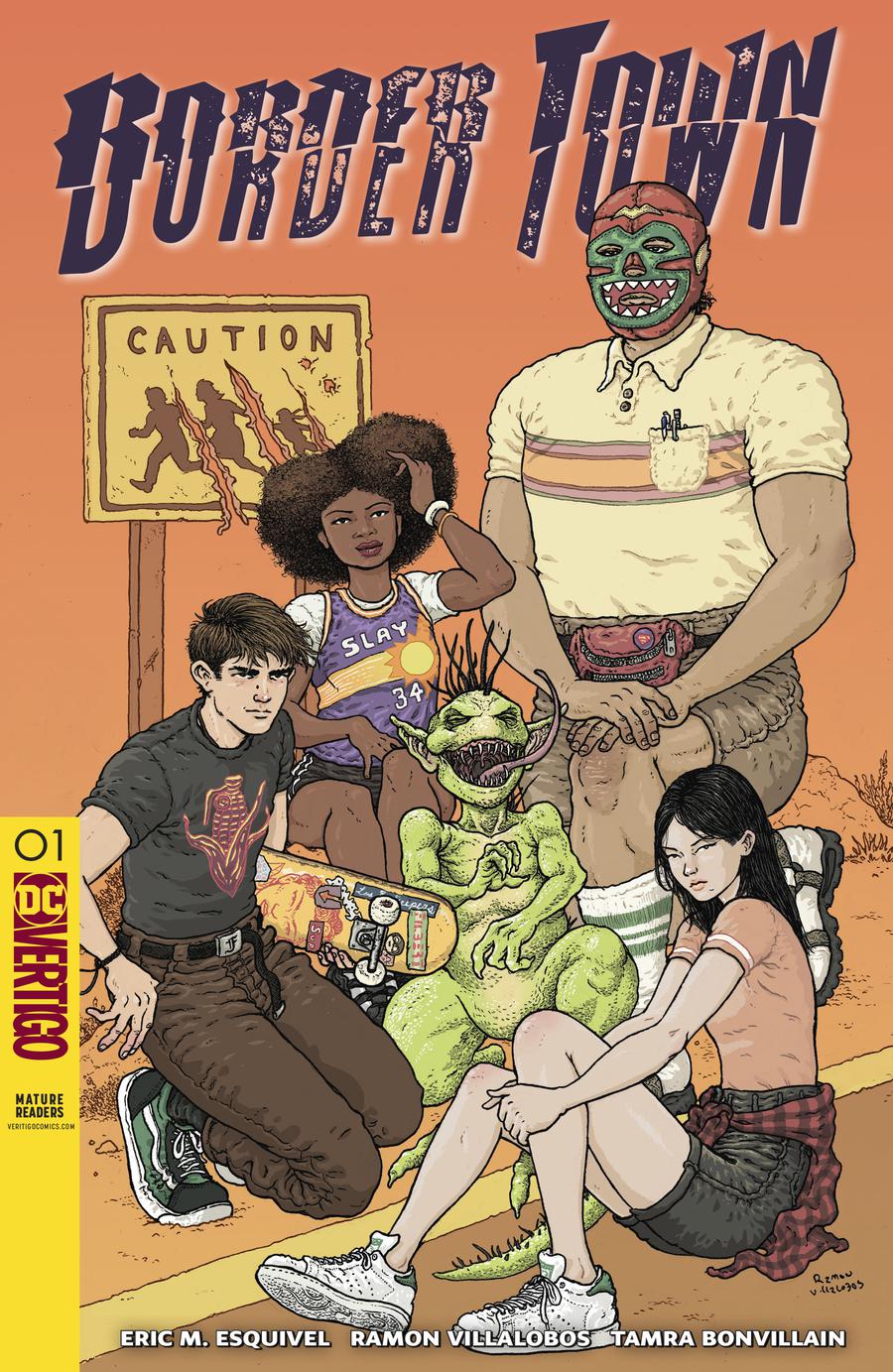 What happens when you mess with Mexico? You get the Brueria (witchcraft). In this case, the Mexican mystical world is bleeding into the real world in the small town of Devil’s Fork Arizona. In this small town, things are going to get crazy.

We are shown a small glimpse of the mayhem in the first pages where the local, if not stupid volunteer patrol encounter one of the monsters. From here, the story builds up with Frank moving to the Devil’s Fork where he already hates because it’s a small town. Frank has a secret about why he ended up there with his mom and her boyfriend Nick.

So far it’s been a straightforward story of the new kid in a new town and it all goes crazy with mystical aspects for whatever reason. This story is very similar to Wayward, which is published by Image comics. In Wayward we follow Rori as she travels to Japan to live with her mom and she has to battle against Japanese mystical figures.

The story premise is one that’s been done many times before. Esquivel inclusion of political/modern issue does freshen it up a little. Being able to use that helps save the issue and hopefully, the story takes a different route and not fall victim to being a cheaper clone of better stories.

Villalobo’s art is the stand out as it fits the setting. Having his rough style on the monsters is a strong point and accentuate their evilness. The best example of this is when we see our first monster on the cover and how good it looks.

Overall the issue is enjoyable with solid art and a good story, but the premise is the bigger concern. There are many similarities to Wayward and if the setup is one of the only things it shares then there is great potential to it. If not then it would be a wasted social commentary with a horror element.