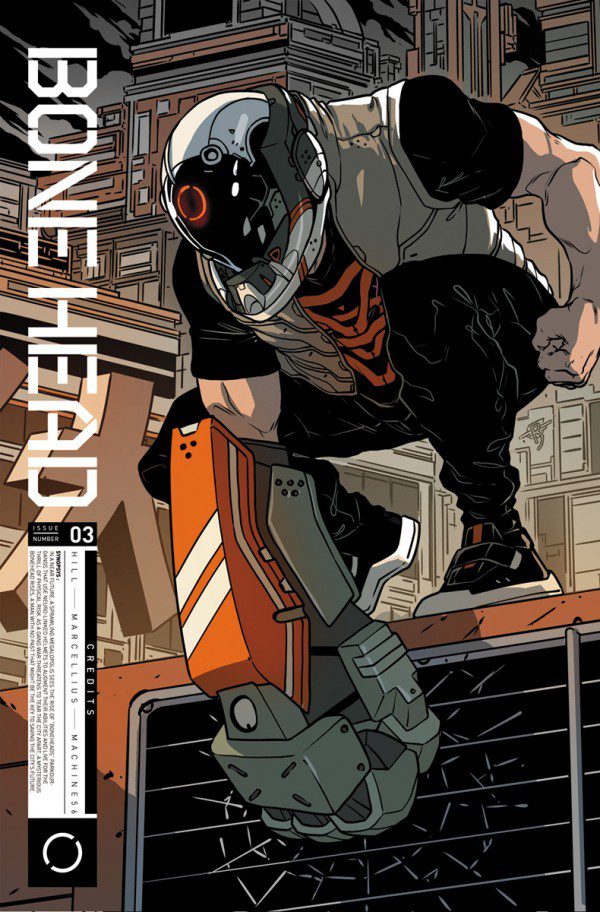 Bonehead #3 continues to drive its story uphill as a new drug is sweeping across the city. We get a much bigger focus on Hideki as he continues to deal with his confliction on how his job is handling the drug spree versus how he use to do things on his own. The severity of the drug is quite frightening. We get a great visualization of the drugs mental and physical effects. A scientist and chief named Toshiro is introduced as he’s being brought up to speed on the drug by Hideki but they’re seemingly not wanting him to dive any deeper than where he is. The situation seems to be dealt with a very shortsighted view, as Hideki is told just to worry about his district and not where the drug is currently being picked up at by its users. I think Hideki knows that this drug will eventually spread and he’s not someone that just wants to protect his district, but his city all-together. Either his superiors aren’t taking the situation serious enough or someone else has their hands dirty in the situation too.

Later on, we’re treated to a friendly competition with bonehead 56 as he faces off with Tyrant, the king of the cobwebs. The game has simple rules that test each competitors skills and Tyrant is very interested to see what 56 can do after what Pumpkinjuice said to him. This gang that the Tyrant runs so far isn’t shown what their goals are or if they’re someone that can’t be trusted.

So we’re still left with a lot of questions about the group but so far they seem to be likeminded people who are only doing what they can to survive in their slums. I think some of the best things from this series in its early state are the designs of the bonehead’s helmets. I enjoy how they have unique styles and sense of personality. I’m enjoying the build on Hideki and it seems that it will all eventually lead to a large team-up to fight against whoever is destroying the city. We still don’t know whom the true enemy is but if these characters are able to eventually come together. Then whoever is in charge is about to be in large trouble.