Based on the 2016 memoire from Garrard Conley, ‘Boy Erased’ follows the story of Jared Eamons (Lucas Hedges), a college student from Arkansas who grapples to understand and accept his sexual identity. After an anonymous claim is made to his family, Jared is forced to come out to his strict father, a Baptist Minister (Russell Crowe) and devout mother (Nicole Kidman). Crushed and desperate, his parents call upon members of the clergy for guidance, and Jared reluctantly agrees to attend Love in Action, a center devoted to “fixing” LBGTQ individuals through conversion therapy.

As his second directorial project, Joel Edgerton was bold in tackling the subjects of LGTBQ, intolerance, faith, assault, abuse, and interpersonal family dynamics. Though this is the second film this year that portrays the blatant ridiculousness of a morally and intellectual bankrupt program, like Love in Action, Edgerton was successful in adapting the screenplay to present the cruel and humiliating antics of conversion therapy. Some ritualistic scenes were even difficult to digest. However, Edgerton does pull some punches with regard to the extreme scope of therapy, such as electroshock and aversion therapy. I also found it perturbing how the film glosses over sexual assault, thereby denying consequence and catharsis. The absence of an in depth exploration of religion and God is also noteworthy.

Edgerton’s strength lies in the way he interprets the tense dynamic of a loving yet overbearing parental relationship and seamlessly shifts tones between the absurd, somber, horrific and humoristic. The cast is all together brilliant with especially poignant, Oscar-worthy performances by Hedges, Kidman, and Crowe. Hedges is able to convey the internal angst of becoming self-aware and finding your identity while also meeting the need to please rather than disappoint the ones you love most. Both Kidman and Crowe give tremendous performances and masterfully portray the struggles between faith, paternal instincts, and unconditional love and acceptance.

Overall, this coming of age film is definitely one you should add to your watch list, especially if you are unfamiliar with conversion therapy, are interested in stories of self discovery, and appreciate stellar performances. Coming to a theater near you today, I highly recommend this film. 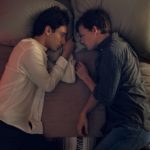