Buck is a story driven Metroidvania inspired by Saturday morning cartoons from the early 90’s. Buck stars .. well, Buck. A dog who is a motorcycle garage mechanic who leaves everything behind to find the truth behind his woman’s disappearance, and his missing  son.

Buck is currently in early access, so we are going to review what we have, and hopefully this will be a full release and I can come back and revise this review! Buck’s early access currently includes half of the first chapter in the game, player driven dialogues, ranged and melee combat, crafting, receiving missions from NPCs, and some other features. In the games beginning you are treated to a brief introduction where Buck our main character sets off on his own. Buck is obviously a biker dog (I mean who isn’t now a days) with a dark past that we’re not quite sure of yet. Unfortunately the voice actor for Buck is…well, obviously not a professional, this acting seems very cheesy, I’m hoping it’s just a placeholder at this time. After Buck takes off, he makes it to a small village where he is tasked with going to Oldtown to prove his loyalty to the village to receive more information. 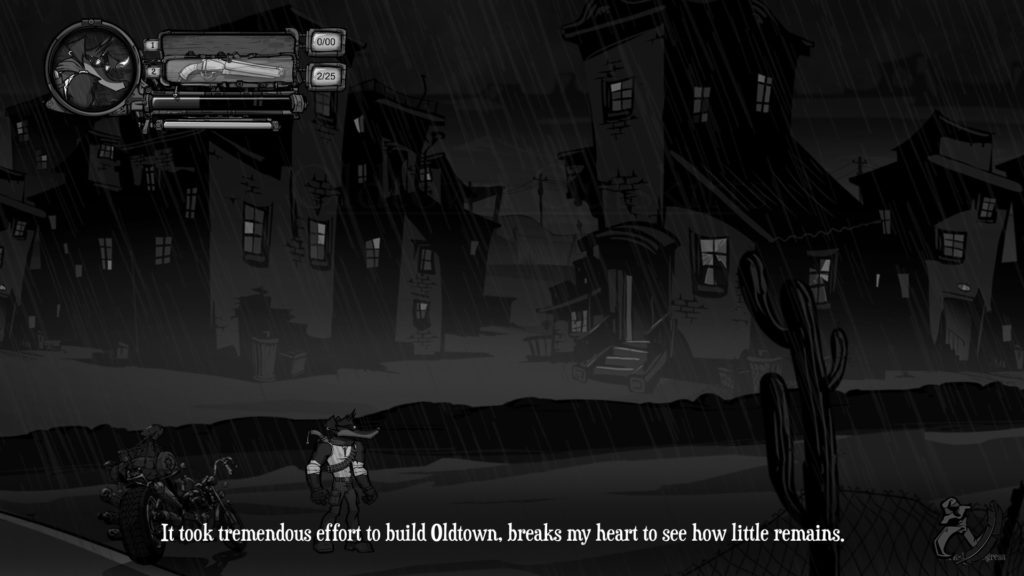 Unfortunately this is a static image, so you can’t see the nice effects of the rain falling down. The opening scene at Oldtown reminds me of the artwork from from Sin City. Buck will wander into the city where he will start encountering foes, usually you will be doing hand to hand combat or using your sword to deal with the unarmed enemies, and your shotgun to deal with the armed combatants. It’s pretty straight forward, but if there’s one complaint I have, it’s that the enemies with guns tend to get a cheap shot on you almost every time because you can’t defend yourself, you can’t duck or hide. 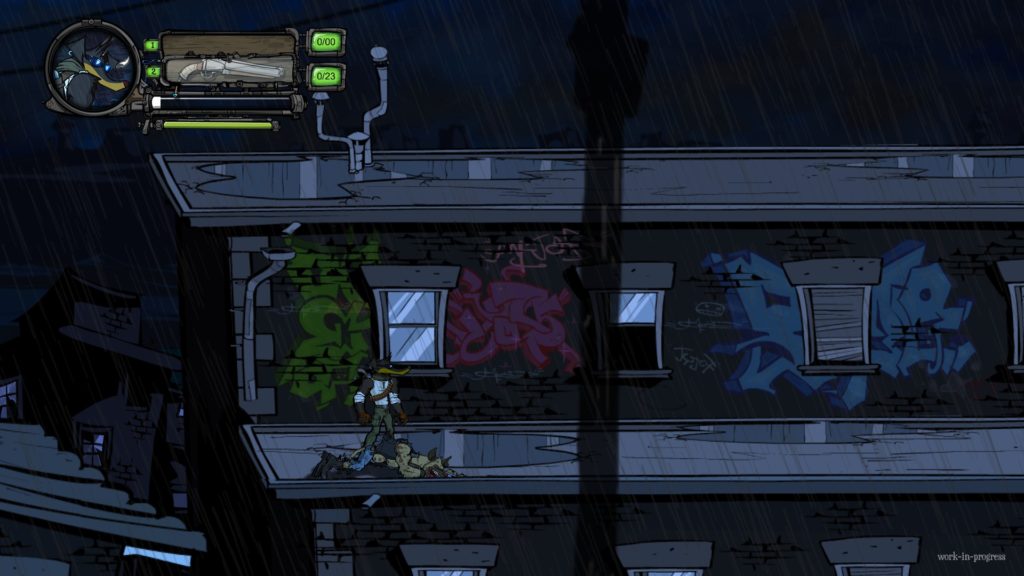 The enemies are various animals, but so far my favorite are the laughing hyenas, who shoot you in the face, and then laugh at you. Even after you kill the scumbags in their final death throe they give out a hearty laugh, it’s a nice touch. While you are attempting to finish your mission, you will acquire various items like wood, or resin, or gun parts that you can use to craft. Unfortunately in my playthrough I can only craft more ammo. 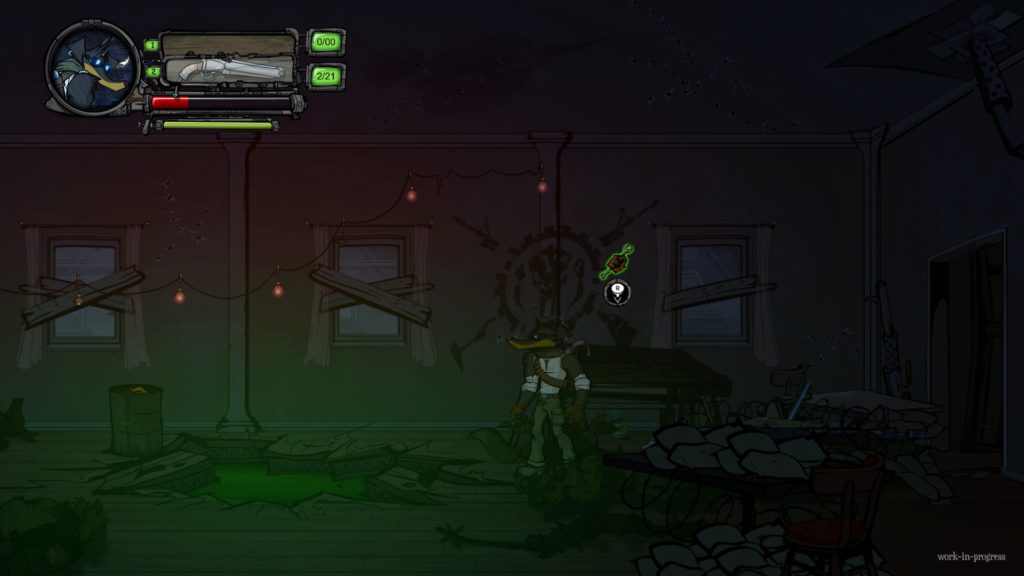 You can do your crafting at work benches you find scattered through the area. This one was behind a pit that appeared to be an acid pit. I had a rabid dog chasing me, so I jumped over him and had him follow me, and he ran into the pit like a sucker. Unfortunately, he did not die, instead you could hear him continuously running back and forth growling in the pit. It’s little bugs like this that remind me that it’s an early access game, and take me out of the experience.

Since this is an early access game, I won’t give it a number to rate it by, but I will say this, it has promise, and if you are the type of person who doesn’t mind buying an early access game and contributing to it, then I’d say go ahead and buy it.